Now I can finally fulfill my dream of having my very own Misha!

10 points will get you Emi. You need 5 more for Misha.

Oh well, at least I get Emi.

Also, can it be A&W instead of White Castle?
Manual breathing activated!


I'm a quiet person. Ask anyone I know. But do you want to know why I'm so quiet? It's a self-imposed isolation that I first put on myself back in middle school, and it's never truly gone away. I was constantly and brutally bullied in middle school, just for being myself (which was very energetic and happy-go-lucky and outgoing). I was a late bloomer too, so my young impressionable mind was tricked into thinking that "myself" was a terrible thing that should be shut away right about when I was going through puberty, where your hormones are on the fritz and your mind and personality are very easily swayed by the opinions of others.. And so, I put up a shell around myself... I became quiet. I stopped talking to others unless they talked to me first. I became extremely passive.

The ultimate goal if I had a path would be to weaken that shell so that I'd become more able to open up to and approach others, and stop being so passive when it comes to human interactions. And when it's all said and done, and after some major emotional exchanges at the end of Act 3 and throughout Act 4, there would be a new quiet... not self-imposed and depressing, but happy, serene, and complacent... Catharsis, in other words.

Similar life story here. Except, at some point, I grew angry rather than quiet. That part of me is still alive, only the most of me slowly changed to "quiet", and then to what I am now, which is supposedly somewhere in the grey area between who I was and just being "normal/average".
I guess if I fell in love and had a happy relationship, things would be better right. I still have my breakdown moments and I often still struggle with social interaction, but thanks to my friends and, in no small part, myself, I think now I'm a better, happier and more laid-back and open person than I was before.
Maybe one day, I can perceive myself as fully human, rather than constantly shifting emotional/spiritual/mental "mass" of what is "me".

I hope one day, you can have an even greater metamorphosis and be happy with whom you really are and who you should be, rather than being stuck with what someone else's incapability to understand made you.

Too tired to elaborate on this right now, but I think that's about it.
"One guy. Two girls. In a dorm room. With a tea set.
Sounds pretty dodgy when I phrase it like that."
---
"The point of no return was 1000 miles ago."
---
"What's the name of that feeling in your heart, that the world is going to be alright?"
Top

I've always been a liar. Almost pathologically. I guess it's because I sort of hate who I am. So it makes sense that my chapters would be about a covering up of either the past or my feelings by outright lying about them. (I hate this about me, by the way.) I'm also afraid of being hurt by others, since I guess I never think someone is able to love me.
I'd lie and lie, and I'd eventually get caught. This would end in me eventually shutting off, and sulking alone. However, through reassurances and such, I'd be able to eventually come to terms with who I am, and come clean from the start.
I guess that was a bit vague, but I'm tired.

EDIT: I suppose this lying is a sort of wall that I build between me and others, and overcoming that wall, and still wanting to know me would be the goal.
Hanako>Lilly=Rin>>>>Emi>Shizune.

Binary will most likely be an act where it will be two people and their everyday basic interactions. I am anti-social so most likely all human interactions will be...binary, two people at a very basic level.
Complexity will be about seeing into these small everyday interactions and the complexity of it. I think very differently than most being autistic and all, so the complexity of the things I do, the words I say, this is most likely the stage of realization that there is more to me than another interesting person.
Cloud will then be everything in the sky, high above the reach of everyone and stores everything within it. Like my vast wealth of information that everyone sees but no one cares about, this is the stage of either drifting apart or where I rain upon a person showing the wonders of a broken mind.

There is a forth word, BCC, Blind Carbon Copy, I see everything that is going on, everything that is send off to everyone, yet all they see is sender and the main recipient, the cause and the effect, while I stand back and see it all happen. Everyone sees the same thing but they do not see each other and only I see everyone else. This will than be the neutral end, where you see not just random silhouettes of people but everything, everyone, and everything they are saying for a brief moment in the way I see things. Then life goes on, without change.
Top

(This applies to me IRL to an extent)

Act 2 is called Invasion because I have multiple defense layers that a person has to breach in order to start seeing who I really am. Outwardly I seem like a friendly and trusting person. I suspect I have tells that the more observant folks pick up on and then proceed to press me on things slowly getting closer to my core.

Act 3 is called Spectre because the true me is haunted by the guilt of actions i took in my past, like a soul whose body was never laid to rest. The guilt causes me to lash out at those who care for me because I either feel that they're being insincere or that I just can't see that others are able to look past such things.

Act 4 I call Only Human because its where after finally being convinced that I am not expected to be an example of perfection, I slowly begin to come to terms with my past actions and eventually gather the strength to forgive myself and accept that I have made mistakes, and will do so in the future. The final lesson being that I can help myself and those who I mean so much to by learning from my past mistakes.
Completed routes: Emi, Lilly, Hanako, Shizune (bad ending)
Top 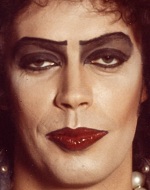 at a turning point in my life

the one who i trusted betrays me

putting that behind me I look toward the future
Top 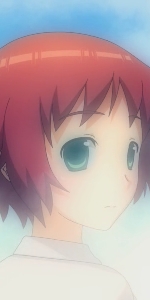 Hard to actually say seeing how I never came out of my shell and haven't made much progress. I guess I can label my acts after what a quacks labeled me. Except the final.

My acts are basically still in play though lol.
Top

I was a quiet, shy, chubby kid in my high school days, which of course made me an instant outcast since I didn't fit the 'in crowd' mold. I'm sure you all remember how things were back in school with the cliques and the like. So for the most part my school life was miserable between studies and putting up with the jackholes, until late in my junior year when I finally had enough and beat the snot out of one of the popular cool kid jocks that thought he was going to use me to inflate his ego in front of his sycophant support group. Things looked up after that and my senior year was much more easy going. I still was pretty quiet and never tried to fit in with the crowd, never wanted to lower myself to that level, but I was left alone for the most part so I at least had some peace of mind to pursue my own interest and prepare to make my way in the real world after graduation. I guess the most important thing I learned in school turned out to be not letting others walk all over me. As you can probably tell from my act titles I was, and still am, heavy into music. A lot of music in those days seemed to tell stories that I could relate to.
Top