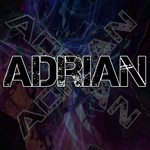 I just got my 100% as well. Strangely, the last picture in my gallery is missing. I assumed this was the reward picture for having gotten 100%, but since it's still blank I think I must be mistaken.

Yeah, I have this same problem too. Anyone out there have the last gallery pic? How do you get that?

I had the same question, this thread here has the answer.
Women are terrible at stabbing things - Kenji
Top

Nyr wrote: I just got it, you need to go down every single route and select every answer possible to unlock all the extra text, afterwards, you'll see it in your gallery (without any notice). It took me quite a while even with skipping, since I had deleted all my save files. Somewhat annoying, to say the least, but also understandable. I just wished that I had known earlier.

Does this have to be done through story? Or can you just go into the library and select the scenes where choices come up?

Also, what is the last CG? Just curious.

I am unsure, I did it through the story because I forgot what choices pop up in which scenes.

I'll upload a screenshot in a second and put it in spoiler tags, just a second.

The last CG, gotten by 100% completion and some other things:


Lolz2day wrote:Did not have this problem, I got 100% and still got the last CG

Interesting. Then, perhaps, you just need to see every ending? I just realised I got mine after seeing Lilly's bad ending (which I had previously skipped out on, not having the heart to not tell her the truth and being very content with my good ending), but that at the same time marked every possible answer for me on every choice.

I was tempted to see the CG and see if it was worth unlocking. After seeing this now though, I don't think I'll bother. Just had Lilly's route to finish getting all the choices I hadn't got...but rather than be disappointed with that, I'll just be glad with 100% scene completion.
Top

By now, I'm looking forward to Italian version, to complete to 100% and replay ALL.

I need help with Hanako's path!

I have everything except one scene in between Misstep and Continuing Melody.
Can someone tell me all the choices I need to get to this?
Top