For some reason I seem to have caught the fanfic bug. This piece is going to be fairly long. How long, I have no idea. Anyway, here's the first chapter.

“Hanako? What’s up? You’re stuttering again; is something wrong?”

In the few months we’ve been dating, the change that’s taken place in Hanako is remarkable. One could barely recognize her anymore. She’d come out of her shell so much that it was remarkable. She started talking to people, she cut off her bangs, she started coming back to class, she was more confident; she was leading a better life. It makes me smile to think that I’ve helped change someone’s life so much so, for the better.

“Hisao…we need to talk,” the slightest hint of trepidation creeps into her voice. I turn to face her completely.

Although I recognize her voice, it seems that’s the only thing I recognize about her anymore. She cut her hair even more, now it’s just a crop that barely reaches her ears. She’s eschewed the school uniform for a tight corset, shin high lace up boots, short pants, long grunge-y gloves; the full punk regalia. She even got an eyebrow piercing. In place of hiding her tattoos she flaunts them, daring anyone to challenge her. She’s started skipping classes again, though not to go to the library this time. She’s exchanged her books for garage band concerts, traded in Lilly for a group of tattooed punks; the only thing she’s kept is me. The one who gave her this confidence. Too much confidence, maybe.

“What do we need to talk about?”

“Listen, Hisao…it’s been great, it really has. I appreciate all that you’ve done for me-“

No this can’t be happening.

“-but we’re too different, you and I. We don’t go together anymore. We’re not going anywhere. We’ve become stale, boring-“

She can’t be doing this.

I knew she’d changed, but changed this much?

Hanako Ikezewa can’t be breaking up with ME!

“No.” I can feel that familiar tightening in my chest, along with a new feeling. Another feeling I haven’t felt in a long time. It permeates my entire body until I start to tremble.

The feeling is rage.

“What?” Hanako seems almost startled by what I’ve said.

“Oh?” She raises an eyebrow quizzically, arrogantly, provocatively. I feel like she’d physically take it up with me if I press the issue further. In my state, she would probably win, too. All the anger dissipates, leaving me feeling tired and drained. I fall down and slump back into my seat. Above, Hanako stands with a cocky look on her face, triumphant and smug.

“That’s what I thought.” She seems so different, so unlike Hanako in that moment; but it still hurts. It hurts so much.

“Please…please don’t leave me,” It’s barely a whisper, but she hears it. For a second what looks like pity flashes across her face; maybe it’s just recognition, maybe in that moment, I remind her of herself. But soon it disappears. She’s back to being New Hanako again.

“I’m sorry Hisao. I thought we could end this on good terms, but apparently we can’t.” With that she turns on her heel abruptly and leaves the tea room.

I sink into my chest, and whimper. The trembling stops, but the pain in my chest remains. It’s not arrhythmia; it’s heartbreak. Soon the trembling is overtaken by racking, shuddering sobs.

You're not meant to.
She's a nice enough gal from outside Hisao's point of view.
Got my feet in the air and my head on the ground.

Good start though, I'd like to see where this goes.

I've always wondered how many people are Hana-fags because they expect her to be submissive and emotionally dependent on Hisao. Good for her.

Drop that zero and get with the hero. 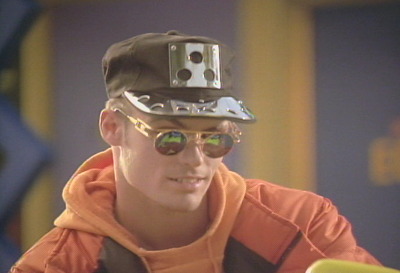 kosherbacon wrote:I've always wondered how many people are Hana-fags because they expect her to be submissive and emotionally dependent on Hisao.

being socially awkward and generally shy is moe
Top

kosherbacon wrote:I've always wondered how many people are Hana-fags because they expect her to be submissive and emotionally dependent on Hisao. Good for her.

Drop that zero and get with the hero.

How beta are you that you would just let your girl leave without putting up any resistance?
Or would that be considered omega?

Anyway I hope that Kenji gets involved in this somehow. I feel like he could only make the scenario better.
>implying that's hard to do

Brogurt wrote: How beta are you that you would just let your girl leave without putting up any resistance?

No less beta than picking a girl because you'd expect to get a pat on the back from "fixing" her emotional issues, then curling up into a big ball of BAAAAWWWW when she realizes how lame her boyfriend is.

kosherbacon wrote: then curling up into a big ball of BAAAAWWWW

Worthington wrote: The feeling is rage.

Well he does start sobbing at the very end, I'm just sayin...

I was promised a road trip.

Where is my road trip?
This one needs to lurk moar. This one lurks too much! Ahh, this one lurks juuuuust enuf.
Katawa Haha: Disability Mothers
From Shizune's Perspective: a fanfic
Top

Brogurt wrote: Anyway I hope that Kenji gets involved in this somehow. I feel like he could only make the scenario better.

An intrusive knocking sound startles me, bringing me out of my reverie.

Goddamnit Kenji. Of all the days you could’ve annoyed me on you choose this one? I’m really not in the mood to put up with your shit. I just know that he’s going to chastise me for falling for the feminist plot, or fly into a rage because his brother in arms was destroyed by the feminazis. I’m not in any condition to deal with either.

“Bro, why didn’t you open up?” Kenji asks, his head a scant few centimetres behind mine.

“AAAAAAAUGH!” I jump back startled. For the second time today, my chest tightens. At this rate, I won’t survive the week. I take a moment to recover, then ask; “Kenji, how the hell did you get in my room?”

He smiles in that nonchalant way of his, “Oh, I just walked in dude. You left your door unlocked.” The smile changes to a frown, changing mood in that manic way only Kenji can, “You should be more careful, man. The feminists’ll get you if you let your guard slip like this all the time.”

I really didn’t need to be reminded about feminists right now. I don’t think I can be reminded of anything without thinking about her, about Hanako…

I let out a deep, shuddering sigh; “It’s too late, Kenji. The feminists got me. I’m beat.”

“Kenji, calm down.” To my surprise he does. He leans against the wall as I tell him of the events that transpired today. He stands in silence and takes it all in. When I’m finished I look up, and I’m surprised to see a genuinely sympathetic look on Kenji’s face.

A grin suddenly lights up Kenji’s face; the only thing missing from the picture is a shining lightbulb above his head.

“With pizza and booze.”

“Do you have pizza and booze, Kenji?”

Kenji almost looks offended; “I always have pizza and booze. How dare you malign my honour such.”

“Alright, sorry. So…where is the pizza and booze?”

Kenji pulls out a bottle of Night Train from within his coat, which looks far too large to have actually fit in there.

“Why is the pizza out in the hall?”

“See, I was bringing it over to pay you back for fronting me the money for pizza one time. I told you I’d pay you back in stuff.”

I’m honestly a bit stunned by this continuing stream of gestures of friendship from Kenji. The thought actually makes me smile, before I realize Kenji didn’t answer my question.

“That’s great, really. But why did you leave it in the hall?”

“I thought it’d be rude to bring it into your room unannounced.”

“Yet breaking into it is totally fine?”

“We’re brothers in arms. Regular rules of property do not apply during wartime.”

Kenji is back to being Kenji, again, it seems. I sense there’s no use in arguing with him, so I just concede his point.

“Alright, bring the pizza in.”

Several hours later, Kenji and I lay half-sitting, half lying on my bed; both of us quite drunk and quite full. Hanako is the farthest thing from my mind. Despite Kenji’s usual ranting, amplified by the low-end fortified wine, I’m finding his company quite pleasant.

“-You and me, Hisao. We’re brothers, man. Seriously dude,” he’s starting to sniffle, “I love you man. Really, I do. You’re the best friend I’ve had in like, forever.”

Oh god, don’t tell me Kenji is going to have an emotional moment. I thought I was the one who was meant to cry and get over my problems.

This was meant to be a manly party for god’s sake.

“-and no one even takes me seriously anymore. Except you, man. You’ve been a true friend. You’re the only one that hasn’t left.” He tries to drape his arm around my shoulder, but the sudden emotional outpouring has put me on edge. I try to back away from him but I fall off the bed.

Everything seems to be moving in slow motion, I can feel the air rushing past my cheek, my floor rushing up to greet me, but most of all; a pervading sense of déjà vu. Like this has happened before, in some alternate reality, in some other manly party, perhaps a manly picnic. All these thoughts rush through my head befor-

Where is my road trip?

It's coming in the next chapter, yo.

Speaking of which, if anyone is interested in proofreading for me, would you mind dropping me a line?
Last edited by Worthington on Sat Sep 17, 2011 2:28 am, edited 1 time in total.
Got my feet in the air and my head on the ground.

Where does this sound come from?
Is his bed so high up? Or is Kenji trying to wake him up by emptying the bottle on his face?
Top

Where does this sound come from?
Is his bed so high up? Or is Kenji trying to wake him up by emptying the bottle on his face?

Hisao threw up when he hit the ground, and then the vomit landed on his face.
Got my feet in the air and my head on the ground.