Time to Duel with Katawa Shoujo

Warwick wrote:When I heard about the removal of mana burn and damage on stack, I was a little shocked, but have come to accept it, especially after reading this article.

They ruined the lulziness of Mox Lotus, MtG can't be good any more :<
Top

Saturn Beaver wrote:Awesome, new cards! Loved the art and effect for 'Am I Poplar yet', so maybe some other cards to combo with the fact that the opponent must attack Emi? Maybe throw in cards with silly names like 'Not Poplar Anymore?' and 'Still Poplar!' with cameo from the girl from the currently airing anime Working!!

Identity Crisis is also really good, so it means it can target the enemy as well? If it's true and the effect is negated forever, it's really cheap as a quick-play. And we finally got Yuuko! Will she just remain a tuner, or will there be stronger versions of her?

Bad Ending is ridiculously good, though. A chainable one-for-one trap that can target and removes opponent's monster from play? Even if it returns at the end of the turn the card would still be very good. On the other hand, while I lol'd at the Kenji Impostor, it takes too long to be destroyed in order to be good. My favourite card of the new bunch is the last one, though, One on One. It got one of my favorite scene from the game, the effect is really good too. Maybe nerf it a bit to require two monsters on both side of the field to be able to be activated? After all, it's reusable twice...

Sorry if I'm being too picky though, somehow the prospect of combining yu-gi-oh with Katawa Shoujo makes me more excited than the usual imaginary archetype and I want it to be come and good and fun to use archetype. Maybe, just maybe, if I have some free timeI'll make fanfiction crossover between KS and Yu-gi-oh 5D'S?

Well, the Emi effect works perfect I think because of the jokes along with Identity due in fact towards 'what the hell is her disability!'
The One on One could only stay as one monster on each side because of its name no doubt, and it is Shizune vs. Lilly; no Hanako or Misha allowed. Wait, maybe the owner gets two monsters because you do need Misha to translate everything.
I look forward to that crossover. If you have read mine you realize I like crossovers. Maybe either a cross with these actual cards and the KS girls are the spirits or them dueling at the school all the time. I wonder about Lilly though; wasn't there a blind duelest somewhere?

Free internet cookie to who ever get the reasoning for the bad ending's effect.

Ah, okay, I see your reasoning for the card effects now. About the crossover fanfic, because there's not going to be too many KS cards, there can't be too much new duelists so it will just be Hisao I think, maybe it'll took place after a harem ending for KS because otherwise it'll be weird to see Hisao 'contact fusion' with all the girls if he already ended up with one. But don't hold your breath for that crossover fanfic, like many other ideas I got in my head it will be interesting at first, but when I really got into it I just can't make it like what I first envisioned and end up abandoned. Besides, what I enjoy most from these things are thinking up of duel scenarios and creating new cards, more than things that matters in the story like plot and characterization. If you or anyone else are really interested in KS/Yu-gi-oh crossover though, I can help with those things.

Oh, I so want that cookie, but I really have no idea...The removed from game part should be simple, like how Hisao is 'removed' also in the bad ending, but the I'm lost at the 4th turn thing. Maybe I forget something, it's been a year since I last played the game (in order to make it fresh when the full version comes out)...
Top

neumanproductions wrote:
Free internet cookie to who ever get the reasoning for the bad ending's effect.


Because when you get a bad end you ragequit for a while and come back later?

Anyway, I haven't played with these for years, so I have no idea what's balanced, but I like the cards and their effects. They all seem so fitting.
Top

Well, for those who wanted that cookie you were close. The correct reasoning for the 4 turns effect represents the 4 months after Hisao's heart attack before he starts attending Yamaku. Sorry to neglect my work here but other things got in my way. So without further delay the next set of Yugioh Cards from the Katawa Shoujo Collection. Finally get to see a Syncro Card, and i'm banking on most of you easily getting the reasoning for it's name.

*snickers* A kosher couple... XD
"ice-cream-flavoured ice-cream" -Rin
"oh moe is me" -me
Numbered Days, my first piece of fanfic
Leotrak's Library, my other depository of written stuffs
Before: Hanako>/=Emi>Rin>Lilly>Shizune
After: Emi>Rin>Hanako>Lilly>>>>>>>>>>>Shizune
Top 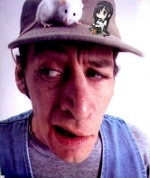 Thought I'd join in.

At first, I was thinking "What the heck? The effect of 'Hanako's Smile' makes no sense." And then it hit me. Like a certain onomatopoeia.
Top

I'm trying to figure out the Gabe Newell card... O.o
"ice-cream-flavoured ice-cream" -Rin
"oh moe is me" -me
Numbered Days, my first piece of fanfic
Leotrak's Library, my other depository of written stuffs
Before: Hanako>/=Emi>Rin>Lilly>Shizune
After: Emi>Rin>Hanako>Lilly>>>>>>>>>>>Shizune
Top 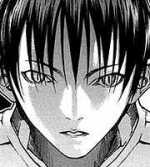 it's from the delayed edition... I think that's the joke?
And lol Great one with Kenji The Destroyer, I nearly Iaughed myself to death xD
Top

Over one month of neglection and i'm finally back in the saddle. Thanks to the work of Aura, I was able to come up with the newest idea in my Katawa Shoujo Deck. I wonder how many people actually get the reference i'm making using these pictures with each girl's associated disability.

You created a Katawa Exodia? XD
"ice-cream-flavoured ice-cream" -Rin
"oh moe is me" -me
Numbered Days, my first piece of fanfic
Leotrak's Library, my other depository of written stuffs
Before: Hanako>/=Emi>Rin>Lilly>Shizune
After: Emi>Rin>Hanako>Lilly>>>>>>>>>>>Shizune
Top

Not only did he make a Katawa Exodia, he made a flip-side version that has the most Atk/Def points I've seen on a single card without bonuses.

[quote="Devon"]Not only did he make a Katawa Exodia, he made a flip-side version that has the most Atk/Def points I've seen on a single card without bonuses.
[quote]
Oh, come on. It's only a version of Exodia Necross without his needed spell card, and immunity to battle/card effect destruction. Decided to give this one straight up power which we all know is overrated now of days and not being able to attack first turn summoned; also the fact you can't resummon him from the graveyard and it is "4LS" afterall. I would rather use "Destructive Potion" on him than risk him being destoyed for a waste. That gives me another idea for a card; just give me a day.
Rin=Hanako>Emi>Misha>Lilly>Shizune (Misha counts in my world alright; and now she surpassed Lilly)
Fanfic series entitled... A Day in the Life of [character name here] (updated 6/8/10)
Random writings and Crossover... New stuff of Neuman (updated 5/6/11)
It's time to Duel... KS Yugioh Deck (updated 3/16/11)
Top

"Stating the Obvious" made me choke I was laughing so hard. Not to mention I love it's effect.
Top

In celebration of me getting off my butt and making some more fic, one-liners and such, here is an update on the newest KS cards fresh off the press.

There was no way I was letting those ponies slip from my reigns, and the Mishapocalypse end
fused 13.jpg (102.31 KiB) Viewed 17390 times