The poll was hacked; Rin is second behind Hanako.
Top

Toss-up between Rin/Shizune. I like the battle of wits with Shizune, but Rin is hilarious.

Congrats to our newest fellow member. I like your taste for which girl you prefer, but only by 50%.
Rin=Hanako>Emi>Misha>Lilly>Shizune (Misha counts in my world alright; and now she surpassed Lilly)
Fanfic series entitled... A Day in the Life of [character name here] (updated 6/8/10)
Random writings and Crossover... New stuff of Neuman (updated 5/6/11)
It's time to Duel... KS Yugioh Deck (updated 3/16/11)
Top

Congrats to our newest fellow member. I like your taste for which girl you prefer, but only by 50%.


Yea between Rin and Shizune, Rin comes out on top. I do like Shizune, but she can be a bit bitchy.
Top

Being bitchy adds to the realism.
[19:33] <!Suriko> i think i could go my whole life without putting my mouth on someone's ass voluntarily

After getting 100% today, I would have to say my favorite is Emi, who was the first path I completed, followed by Shizune. I just love the competitiveness of those two.
Top

Ocelot wrote:After getting 100% today, I would have to say my favorite is Emi, who was the first path I completed, followed by Shizune. I just love the competitiveness of those two.

Right on, man, those are my favorite two as well, for those reasons. Also, welcome.
It's a good thing Shizune is deaf, she is the only one who can stand (not) hearing "Wahaha~!" over and over.
Top

G3n0c1de wrote:Right on, man, those are my favorite two as well, for those reasons. Also, welcome.

Thanks. My friends that got me into KS don't really like Emi or Shizune (especially Shizune). I think those two are great though. They're just fun and upbeat.
Top 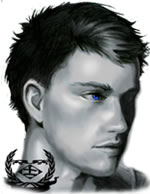 Definitely Rin for me as well, although there isn't really a girl I don't like. They all have their own upsides. Emi's adorableness, Hanako's shyness, Shizune's competitiveness. But Rin kind of makes me go "...Wat? Must read moar!". Plus her ending in the demo was my favorite too. Everyone else sort of fizzled out, but her ending gave you a sense of progress, I guess.

I'd say that Hanako and Lily are at the top for me, Hanako being a little higher than Lily. I like all the girls though, I don't really dislike any of them, but those two nudged themselves a bit higher than the others in my eyes.
Top 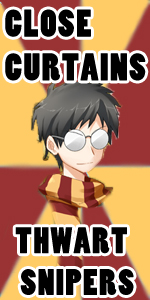 Shizune, Hanako are tied for first favorite.
Lily and Rin for second favorite.

Emi is 'meh' to me and Misha is too hyper for my tastes.
Top

I like the one with the pink hair.
Top

I'm new to the forums, new to renai games, and new to Katawa Shoujo.Hello!

While I was playing the game(which I failed the first way through), I took liking to certain characters over others. I immediately liked Hanako and felt sorry for her more than the others. Only because it seemed that she was hated/picked on by Shizune and Misha only because of her friendship with Lilly. That was bull in my mind so I immediately took a dislike towards Shizune and Misha. After that, I adored Rin and Emi.

But yeah, my over all favorite would be Hanako. If Shizune and Misha wouldn't have been like 'oh her? pff ignore her she isn't important' I probably would have liked them better =/
Top

I would have to say that out of the eligible girls, Shizune is my favorite. I know that she can come off as mean, but I like her competitiveness (which I find cute) and her ending almost made me melt from sweetness.

Next up would be Rin. Since I am kind of weird myself, I like other weird characters. I find her to be overall interesting, like how a relationship with her would work out and the like. Her ending was pretty cute too.

Lilly is my third favorite. I love her calm, polite personality. She just has this relaxed aura. Her caring for Hanako is sweet also. At one point in her path near the end, there was this moment of cuteness that made me want to see other sides of her personality.

Emi used to be my least favorite, but after thinking about it she got bumped up a spot. I really like her redesign (she looks like she's a high schooler now and not an elementary student) and I have a feeling I would get along with her as a person. I'd like to get to know her better for sure.

Last but not least is Hanako. I do like her and I'm not sure why she's last. I have a feeling that her route will be heartwarming at parts and my opinion of her probably will go up. She and Emi kind of flip-flop fourth and fifth place anyway.
Top

No body played eroge - or VNs for that matter - for the realism. I really should give Shizune a chance. But I just don't really like that type of character. I dunno, I guess Shizune's just an unfortunate combination of things I don't like. Things that shouldn't matter, like glasses and short hair (unless messy, then I like that). And she's a bit too competitive. I like how she's probably the most arrogant of all characters, though. Strange how I like things I shouldn't like and dislike things that shouldn't matter.
Top
Post Reply
956 posts