Since it's December now, here's a short Christmassy piece I wrote recently whilst waiting for SX to start. Many thanks to Feurox for proofing/beta reading it for me.

I collapse on top of Emi, spent, and linger for a few seconds before kissing her neck and rolling off.

After taking a few moments to check my heart isn't up to any mischief, I find I'm not even breathing particularly hard. Running at the track with Emi every morning has certainly started paying off and these impromptu exercise sessions after hours certainly haven't hurt either. Once I'm satisfied everything is as it should be, I turn to find Emi smiling at me, idly tracing the scar on my chest with one hand.

The words just slip out in my post coital haze, but even as I say them, I know it's true.

Her face lights up in reaction to my confession, "I love you too Hisao."

Our lips meet briefly with none of the urgency or passion of the moments before. Something is different, but it's no less heartfelt, and we let our noses touch for a short while after as we cuddle in the afterglow.

A few short months ago when I arrived at Yamaku, I could never have imagined that things would turn out so amazingly. My health is much better, I have an amazing girlfriend, and I'm even doing pretty well with school work. Well, in everything but English, but English doesn't count right?

A playful shove reminds me that said amazing girlfriend has been talking to me as I've been daydreaming.

"Earth to Hisao!” I tilt my head innocently, and she giggles, “I asked what you were planning to do over Christmas break," she repeats.

I instantly feel guilty for ignoring her, and judging from the triumphant grin spreading across her face that's exactly the reaction she wanted.

"So?" she prompts, raising an eyebrow.

"I'm not sure really," I say, “in all honesty I hadn't thought about it much. Maybe I’ll just go to my parents’ house or something."

Emi turns on her trademark puppy dog eyes, "Is that how it is? You wouldn't prefer to spend the most romantic day of the year with your new and exceptionally beautiful girlfriend?"

I hadn't actually considered that, but now that she mentions it that would be much better. Still, I can't let her win this easily. "I thought Valentine's wasn't until early next year," I quip back.

A pillow hits me square in the face before I even register her picking it up and I laugh, throwing it back towards her side of the bed.

I pretend to consider it for a moment before agreeing. I was always going to say yes but she's far too much fun to wind up.

When I do finally nod, she beams at me before leaning across to give me a peck on the cheek, "Good boy."

"What do you want to do about presents?" I ask, suddenly realising that I have no idea what to get her.

"Just something small I guess," she replies, "I don't really have the budget for much else." She frowns, before suddenly smiling at me again, "It best be cute though!"

"Well, mom is going to get me some new prosthetics, so I need something cute to balance things out."

"I think your legs are pretty cute already."

She blushes and bats me with the pillow she's still holding. "They're not my main present from her though."

Prosthetics must be pretty expensive so I wonder what could possibly trump that.

She grins coyly at me before finishing, "yeah, they're just stocking fillers."

Now it's my turn to throw a pillow at her.

I pin her down and cover her face in kisses as she giggles. She meets my lips and I'm very suddenly reminded that we're still both in bed naked. This is turning into a very enjoyable evening indeed.
NmO Does Shorts

I deeply regret my choice of username.
Top 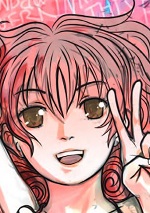 Very cute! Love it.
NO KATAWA BAD
My collection of oneshots
Avenues of Communication: One of the best Shizune/Hisao fics I've read, written by Lap
S10 entry (Misha oneshot)
Top

A lovely story that I had then privellage of proofreading. Very cute and sweet, the perfect digestif before SX can begin in earnest. Now we’re all in the spirit!
My Molly Route
Ekephrasis and Other Stories
Top

An Evening Run
• A lovely little piece. There might be ‘ice on the ground’ but thoughts ‘melt’ away, very poetic and really heartfelt. At first, I thought this would be a story where Emi has passed before Hisao, I’m always looking for the twist. You got me with this one though, it’s rare to highlight the disjunction between the VN and real life, but you pull it off masterfully. It’s a little bittersweet, but damn, that note of defiance at the end, that it never really mattered if any of them were real, the messages were what mattered, that’s a powerful way to join the Forums. Kudos.

Hokkaido for Two
• A wonderfully clever tittle, very funny. I admit, I’m not a lover of lewds (probably why I haven’t commented before.) That being said, the connection felt genuine in this story between the two, but I have to concur with Mirage, it felt a connection between two people who aren’t Lilly and Hanako. That doesn’t make it bad by any means, it was superbly written and paced excellently, but I won’t be up thinking about what it all meant. That’s not really a requirement, just how I approach stories that interest me I suppose.

Comfort Food
• Well that was fucking weird. Good weird, bloody hilarious read. I was waiting for it to be some disgusting parfait style story, which would have immediately sent me on my way, but this was a good laugh. Stories like this are great, because they’re so face value, just a good time and a good twist, well done mate. (Sounds like you and Munchenhausen would have got along.)

Worry Tree
• My experience with any kind of poetry is very... academic. Well, aside form the one piece I wrote in Time is Dancing. That being said, this is really done well. Of course, Lap has beaten me to the punch, this is very Rin indeed. I really like the subtle hint that the worry tree is aging, it’s a space that is changing for Rin anyway thanks to Hisao, but it’s changing in other ways too. Rin is the kind of person who I think would find Time so fascinating. It actually reminds me of a story idea I had once, a parent explaining to Rin where their late pet had gone. Rin has this beautiful curiosity, and that comes through really well in this Haiku. Again, Kudos. (A little Keane inspired?)

Ecouteurism
• Hm. Not my cup of tea, I’m really not a big smut fan unless there’s some reason to it all. I thought for a moment, this might be a bit of a depressing yarn about unrequited love, but not really. It’s very well written as usual, but its just not my style. But a great word, Ecouteurism, ha! TIL indeed!

Dearest Hisao
• You like your poetry huh? This one is much more up my street than the haiku, it’s beautiful really. I can’t get the beat right, and I personally doubt you’d like me to break down the entirety of what works and doesn’t ref the metre, so instead I’ll comment on the content. It’s deeply sad, and I love that. The only real charring element is the mention of Hanako, seems to break the flow of that line, and also seems a bit irrelevant in a way, but I like that. As a piece of metanarrative, Hanako breaking the flow kind of shows Lilly having remembered her in her poem, not the focus, despite the bond they share… But yeah, this poem is profoundly lonely, very fitting of Burns day indeed. I hope you had some haggis; I’ll be deep frying mine and reciting some poetry next year I assure you. Cheers for the wonderful poem here.

Hallways
• A competition entry, not one of the ones I was assessing or doing feedback for, but I believe I was one of the judges? I remember reading this last year, and it’s held up great! That whole batch of competition entries was very dreamlike, and I’m not huge into that motif, but your story more so than the others makes it work wonderfully! I don’t have much else to say on this one, it’s really bloody good. The idea that poor Misha was hearing the whole ordeal with Shizune and Hisao is heart-breaking, very Patrick Hamilton… but I’m on a bit of a kick there. You do like your ecotuerism don’t you? Very painful stuff, but nice to have a somewhat happy resolution.
Pillow Talk
• I proofread this story. Very lovely piece all around. I admit I got a bit confused reading them now, because I thought this was for SX, but it was just I preparation I see! I think this was your first story I proofread? I’m not sure if you had someone before, but looking back, there’s not much noticeable change in quality, it seems I only fixed some comma issues. (You sometimes place them a little awkwardly I’ve noticed, but it’s quite nit-picky and preferential.) This was a lovely bit of festive cheer, and I love the ending! Good job.

A Festive Flashback
• I also proofread this one. I found the prompt a bit tough, I was certainly glad I got the one I did. Knowing what I’m like, I probably would have twisted the knife a lot deeper on this one with Hanako not getting a present, and having someone like Shizune maybe make the amendments. We went through a few revisions on this one, right? Very tough. I also wish we found out what he gave her, but perhaps that’s best a secret! Good work for a hard prompt, well done.

Rooftop Repartee
• Ha! A wonderful tale again. Though I object to Mutou’s use of ‘blow this party’, this is really a believable scenario. Also, for a moment I was all excited because I thought it was a Gravity reference, but then I realised who your prompt was for! In serious, that was a lovely thing to include, very thoughtful little snippet! I love the ending too, we’ve all been there, ditching the busy party for a cigarette and a drink with your mate, talking about everything and nothing, holding that goddamn heavy world for all its weight. I hope Mutou got that dance; and I hope I see more Mutou and Nurse stories, you do both so well!

Anyway, I think that’s all your stuff on the renai? Do let me know if I’ve missed any. They were all wonderful reads – whilst I probably won’t ever engage much with the smut stuff, I deeply regret not engaging with some of your other stories sooner. Your first secret santa in particular is damn good, it hits all the notes i typically shoots for and more. Fantastic work, I can’t wait to see what you have in store next! I'll send you this in a word document on Discord too, so you have a physical copy as it were.
My Molly Route
Ekephrasis and Other Stories
Top
Post Reply
34 posts