A forum for general discussion of the game: Open to all punters
Post Reply
183 posts 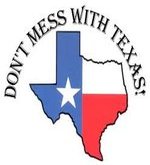 Well... it probably depends on who we're talkin about. Hanako wouldn't ever ever EVER talk to me even if I tried, which I wouldn't, because if someone doesn't wanna talk to me, I'll likely not talk to em either, outta respect mostly. Lilly would probably hate my guts, because she's a calm and educated person, and im well... NOT haha. Could probably enjoy a drink or two with her though, I would never deny ANYONE a drink. Rin would probably get annoyed with my unimaginative, unartistic nature, and I've been called a narrow-minded person, and that makes any kind of relationship with Rin almost impossible I guess. I could maybe kinda get along with Shizune because I tend to admire iron-willed people with strong work-ethics, but Misha would probably annoy me too much and I couldn't ever learn sign language. The one that I could get a shot at gettin any kinda ending with is Emi, since I enjoy sports, even if i suck at em, and a heart condition would probably make me wanna be healty and such. Im pretty sure Id get a good ending too, because if someone ain't comfortable talkin bout something, I won't push, which I'm sure she'd appreciate.

Wow, this got long. Sorry for the wall of text, I guess.
"There are no constraints on the human mind, no walls around the human spirit, no barriers to our progress except those we ourselves erect." - Ronald Reagan
"Nothing can stop the man with the right mental attitude from achieving his goal; nothing on earth can help the man with the wrong mental attitude." - Thomas Jefferson
Top

In answer to the question posed here, I would probably get the Kenji end, but not fall off the roof by virtue of the fact that I never drink.

If I weren't an idiot, maybe Emi, but I'd probably still bad-end like a pro.

I'd like to think I'm awesome/lucky enough that I'd get Lilly's good end.

I think I'm intelligent enough to realize I wouldn't get any of them. I'd be one of the background characters, never really making friends or doing anything noteworthy.

At least that's how high school was for me in reality.
Top

I probably would get the Manly Picnic ending. My high-school was an all-male one.
"Nothing is beneath man. Everything is permitted."

YZQ wrote:I probably would get the Manly Picnic ending. My high-school was an all-male one.

YZQ wrote:I probably would get the Manly Picnic ending. My high-school was an all-male one.

I think it's a drinking picnic, without the "falling-to-your-death" part.
"Nothing is beneath man. Everything is permitted."

I was a social whore in high school after my injury, so I'd probably make friends with everyone. Really, I'd probably end up with Emi or Misha, assuming she changed her mind about her sexuality.
Stuff I'm currently writing: Learning To Fly: A Saki Enomoto Pseudo Route
Two Turtledoves - A Lilly/Hisao Christmas Oneshot

Even at the age I feel like i'd do better then Hisao, i've always had the good sense to treat people like people no matter if they have disabilities or not - something I think most of these girls would appreciate. Meaning I wouldn't try to white knight and neither would I treat them bad. The real question (for me) is whether or not i'd befriend them in the first place since I was/am really shy, I don't really imagine it would happen unless they approached me first, fortunally it seems like most of the girls might do that with the exception of Hanako and Rin, but they are so off the wall it might actually kill my shyness anyway.
Top

I think I would actually end up in Shizune's "route". I'm that dude that gets good grades but isint much of a people person due to being shy and not really talkative. I think I would get noticed and recruited by her and prolly accept too. And if I am being lazy or so, Shizune would be there to give me the extra motivation and push. Now would our relationship develop that into of a romantic one, that I dont know, though if it did it would be the "good ending" since I wouldnt "comfort" Misha the way she wants it.

Theres also Misha as possible lover but unless she, like gets over Shizune, I dont see any possible romance with her, though I do like her.
しれー、しれぇー！、しれぇーってばー！ねー！、おーい、きこえてないのー？ぅおーい！

Tokitsukaze y u so cute.

Admiral of the sea and a stout defender of his kanmusu.
Top

Well, I'm a girl so I wouldn't have many romantic options exactly XD

I would try to make friends with Hanako, fellow bookwork, because I'm very good at getting shy people to open up. I think I would like Shizune's strong personality and maybe try to learn sign language to talk to her and get to know her. I actually think I would get along well with Misha and become close to her...
I have a friend who is actually quite a bit like Lilly! (personality AND looks), so I'm inclined to say that perhaps we WOULD be more than good acquaintances even though a very strong connection may not come naturally. Rin...I would probably stay far away from her to be honest lol
As for Emi...I'm not really sure. I think I'd be good acquaintances with her and have fun talking to her with all her energy.
I would talk to Kenji for entertainment lmao
As for good and bad endings...I don't see why I wouldn't get the good endings. With Emi, I wouldn't try to worm my way into her business, but just let her know it's good to talk things out and that I would be there--Hisao was so pushy. The others are kind of obvious (maybe not Hanako's though) in my opinion. Though I wouldn't have stopped Lilly from going to Scotland lol
Top

I thought this would be as good of a thread as any in which to make my first post.
I was thinking about this question as I was playing. I had a lot of social anxiety at that age. Still do. I wasn't quite as bad as Hanako, but I can't imagine being as outgoing as Hisao. Maybe Misha might have eventually worn me down and become my friend. Or, I might have found the nerve to start talking to Hanako since she would feel safer to talk to, somebody who would understand my anxiety. I definitely would not have ended up on the Kenji route though, I would have been one to lock myself in my room to avoid him lol.
Top

Honestly, if someone like Hisao, who is so dense he might cause a black hole, can get the girls, I imagine a lot of other people with level heads could.
I personally always gravitated to caring, kind hearted people who would support me, which is why Lilly and Emi are my personal favorites. But the fact that Hisao just rides the wave of ignoring Lilly's problems and still salvages that relationship (with our help) is something only the most inexperienced people would do. I mean it masks sense because he -is- inexperienced, but god damn. He blows so much off of every girl in KS that I want one of them to be like, "Say the right thing for once dumbass,.

Anyway, rant over.
I think I could get with Lilly and Emi just because they are the least "baggage-y", I mean Emi has issues but she isn't helpless.
Shizune is too controlling for me.
Hanako too hard to handle.
Rin is...well she seems like someone I'd rather be best friends with.
Top

Taotao wrote:Honestly, if someone like Hisao, who is so dense he might cause a black hole, can get the girls, I imagine a lot of other people with level heads could.

If Hisao could not get the girl in each route, there would be no route. Ergo, he can get the girl. Any resemblance to actual persons, living or dead, is purely coincidental.
This American apple pie institution known as a trigger warning will cleanse any sense of innuendo or sarcasm that might actually make you think, and will also insult your intelligence at the same time. This post contains explicit depictions of things which are real. These real things are commonly known as life.
--
I burninated Hanako's house, and all I got was this lousy T-shirt.
Top

Trogdor wrote:)If Hisao could not get the girl in each route, there would be no route. Ergo, he can get the girl. Any resemblance to actual persons, living or dead, is purely coincidental.

I get that its integral to the story because otherwise there wouldn't be a story, but the point I was trying to make was that Hisao is so bad at romances and taking hints that if he could do it, anyone could.

Unless he's actually a genius and everything he says is carefully planned to further his own story for some external onlooker into his life.

But that's a long shot.

Taotao wrote:Unless he's actually a genius and everything he says is carefully planned to further his own story for some external onlooker into his life.

Like stupid, silly doodles with no point? You've come to the right place, friend :^)
I also occasionally write oneshots. Why not have a skimread?
Miki fic? Miki fic!
---
"We are a small country full of the most stubborn bastards on the planet. You might want to rethink your actions." - Anon
Top
Post Reply
183 posts