Jack desu wrote:I'm down for the Hanako figure. Where do I send the moneys.

Sorry for late reply... I don't check this as often as I used to

... provide pictures, be very specific with what you want, and haggle. Be prepared to shell out some cash, it's expensive as hell. Why don't you post your ideas here before sending them to Cindy. I'd love to see them!

Man, I wish I had that type of cash.

For Hanako though...Hm. Maybe seated on the beanbag chair reading, or one of her in her casual clothes holding a pool cue.
Stuff I'm currently writing: Learning To Fly: A Saki Enomoto Pseudo Route
Two Turtledoves - A Lilly/Hisao Christmas Oneshot

That's awesome, I didn't know people did custom figure orders that looked THAT good, although the price tag I'll admit is unsettling, I could buy 4 or 5 extremely detailed Hatsume Miku figures at that price or 20 of the basic PVCs / nendroids haha crazy I never knew creating custom figures was so expensive. Although I'd be interested in it! I don't have the money currently though.. but I'll be sure to come back here eventually when I'm working full time I would love to have all the girls, especially Rin she's actually my favorite character. <3

I already have a good image of how I'd love to have a Rin figure too! of her sitting on a desk with her usual facial expression in her usual cloths and then custom the other girls as well so it'll be like a class room type scene that fits together or perhaps have her sleeping with her back against the tree, so many ideas I have floating around in my head of what I'd be interested in. The only concern I have is there's no "official" website for this person and that's a LOT of money to throw out to someone I "don't" know ;w;
Top

Try 3D-modelling, you will get the slight idea of how hard the small part of creating custom figure is. And then there's casting/turning/pressing (whichever method they use), polishing, painting, and multiply all that by a quality control from YOU, because you don't want to get your Emi brown-eyed or looking like Clannad/DBZ/One Piece character.
That's why not everyone does that, and those who do set up a significant price, which partly serves as a protective barrier from annoying fanboys.
Top

Wow, these are really good. This fandom has talent.
"Spunky at his Spunkyest/Spunkiest"
"Tissues to the extreme!"
Top 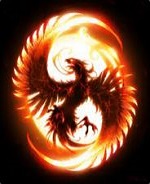 icannotfindausername wrote:Why buy figure from company?
Save up
Buy your own 3D printer
Learn 3D modeling
Print your own
???
Infinite happiness

too many steps... too lazy... forever alone
Top

So I've been sitting on this one extra Shizune figure for a while now, and I dunno if anyone actually wants it. If anyone is interested I'm looking for 150 dollars shipped. If you're interested PM me, I'm more than happy to talk about the price.

Rofl. I got the cash now, but I'd rather have Rin or Emi. And I lost my wild interest either.
Anyway, if Rin or Emi - state the price and count me in.
Top

rolopixel wrote:So I've been sitting on this for a while now, and I dunno if anyone actually wants it. If anyone is interested I'm looking for 150 shipped. If you're interested PM me, I'm more than happy to talk about the price.

Oh my gobs that looks like figurine snuff, like, I'm pretty sure those images aren't even okay stop doing that to poor Shizune!
"Spunky at his Spunkyest/Spunkiest"
"Tissues to the extreme!"
Top

In all seriousness, I've been in contact with a few people who do 3d printing regarding getting some custom figures done for an unrelated personal project.

If we have anyone here who can do 3D models of the different girls, and have them follow some basic criteria, it may be entirely possible to get some small figures made. They won't be nearly as high quality as you have here, however, but if sold at cost would be fairly cheap.
Stuff I'm currently writing: Learning To Fly: A Saki Enomoto Pseudo Route
Two Turtledoves - A Lilly/Hisao Christmas Oneshot

Hello everyone!
This thread has been dead (hey that rhymes!) for a while now but I just want to say a couple of things.

1) I really didn't want to take the time to read 11 pages of posts so I apologize if I touch upon something that was covered.

2) Before you read the next point, I want to explain what a garage kit is. A garage kit is a figure kit produced in small numbers that are unassembled and unpainted. Since they are unassembled and unpainted they are usually very cheap, anywhere between $40 and $80. The sculptor almost always creates one model by hand, and then creates a mold of that model which allows them to create very accurate duplicates very quickly and cheaply which allows them to keep the costs down.

3) This will be rather lengthy so please bear with me. I've been interested in custom figure commissions for quite a while but I've often had trouble finding a quality figure at a reasonable price (like every other figure collector out there). I actually came across a group of college students in Taiwan that make garage kits that does amazing work for very good prices. The picture I attached is a hatsune miku kit the group did that they sell for roughly $40 (and the charge roughly $17 - $23 for s&h). Obviously I was impressed by their work so I contacted them about a custom commission. Unfortunately the head hancho of the group said they rarely take custom commissions. HOWEVER, given there is such a large number of people interested in KS figures I was thinking maybe I could contact them again and convince them to create anywhere between 10 and 30 garage kits of a single KS characters if I could show them there were enough people interested.
Some of you might be immediately turned off by the idea that figure would come unassembled and unpainted but let me break down the cost of it.
-Let's say the figure plus shipping and handling would cost roughly $80
-Assuming you don't want to paint the figure yourself there are lots people on the internet who will assemble and paint a model. Their prices range from $60 to $120)
So you could potentially get a figure of the same that "thatlankybastard" got for roughly $200, assuming there were enough people interested.

4) Given this, my question to this forum is how many of you would be interested in a garage kit of a KS character? Also, we would have to decide on which character we would have them make. I VOTE HANAKO! 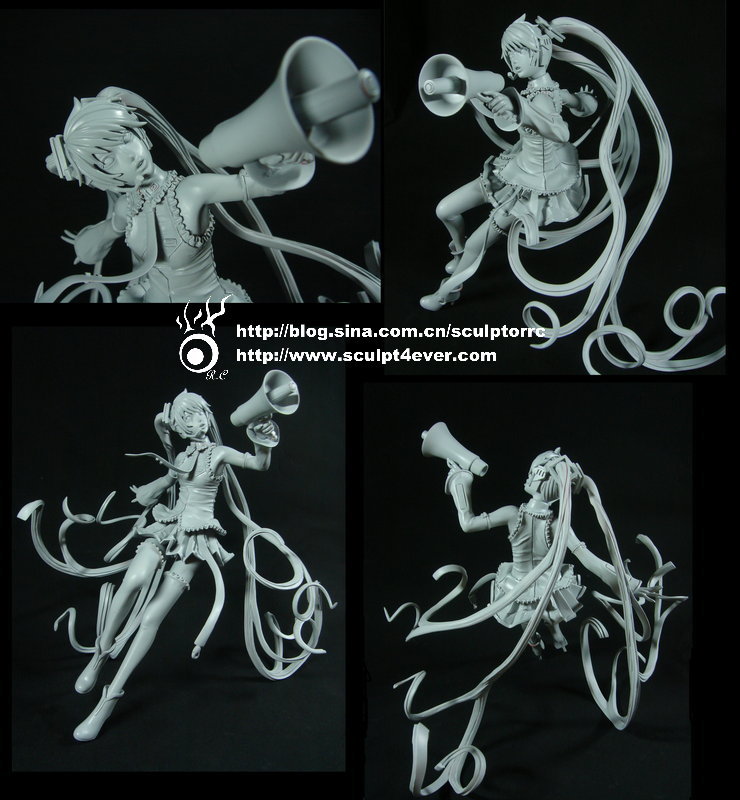 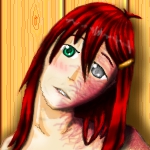 I'll respond to that, thus going back to stalking the peoples of the KS forums in the shadow.

First : I have no real intention of buying a KS garage kit, but if you manage to win your commissions then I'll see.

Second: I have no real need for buying something, I got skills in sculpting that are sufficient for me to make a decent sculpt. (and KS is still not my priority in my case)
2.5 : before I receive private messages, I do not take commissions, never. I act for my own selfish self and do not ever intent to sell my work, ESPECIALLY for Katawa Shoujo since I'd be selling something that doesn't belong to me in the first place. Plus I'm a fucking lazy person and my works can take month, or years.

I don't vote, Rin is on my list of figures to make. I'm not that interested in the others.

Goodluck anyway.
"What lie in the mind of somebody stepping on the fragile line between reason and insanity is something others can't understand."
Top

I want that Rin figure SO DAMNED BADLY... but I'm broke as hell.

If you're still here in a few years when I'm a rich famous writer/English professor, I'll be sure to have one shipped to my private Playboy mansion in Denmark.
My OC, Kuki Kamikogo: http://ks.renai.us/viewtopic.php?f=51&t=9500

I'd like an Emi, but man I don't have that kind of money to toss out on a figure.
"Spunky at his Spunkyest/Spunkiest"
"Tissues to the extreme!"
Top

A Lilly or Emi one would be amaaazing, if only I wasn't dirt poor.
Lilly > Hanako=Emi > Shizune > Rin
Top
Post Reply
173 posts