First off, I typically shy away from installers fearing some sort of use of the Windows Registry, but I haven't a clue if KS does this. However, I do know the game itself runs fine from it program directory if you copy it and run it on a different PC. Also I would assume that KS itself doesn't touch the registry, but ya never know.

There's also the issue with the save data not actually being in the program directory, which makes portable-ness not exactly possible. While I understand this is typical for compatibility with Vista/7, it also prevents portability.

I wouldn't assume it'd be possible to have a PortableApps version of KS, would it? Is there some sort of technological issue prevalent in Ren'Py that would prevent putting save data with the program data? (NOTE: if you don't keep up on PortableApps development, they now allow just plain freeware without actual open source code)
Katawa Shoujo's resident straight male kuutsundere.
(because just "tsundere" makes people think of "Shana clones" *shivers*) 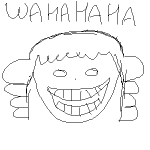 You'd need to be able to catch and reads/writes to files within the %APPDATA% directory (or its subdirectories) as Ren'Py itself keeps track of persisted values there. Other than that, Ren'Py is pretty damn portable on its own, and so should any project developed with it.
<coldacid> hanak-o's
<coldacid> taste best when burnt
Top

Actually, you don't need to do anything terribly complicated. Just create a directory named "Ren'Py Data" in the root of your flash drive, and the files will be saved there.
Ren'Py Creator - KS Forum Host
Top
Post Reply
3 posts • Page 1 of 1