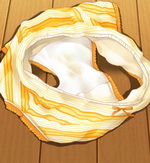 KS2 has been cancelled - Now I have no more reason to live.

They're hopefully saving that for part 3.
Not Dead Yet
Top

God damn it. I want to believe this is true, but it could be just an April Fool's joke and all, since it was posted April 1.

"There won't be a sequel", but there can be a sequel to what could never be. I'll stick to my slim piece of hope.
Top

So, it did not dawn on me at all that this was an aprils fools joke, as I didnt get receive or read it on april 1st.... Until that last line about KS3. thats when i got suspicious and saw that the blog itself has the post listed as April 1st...

Darn. And here I thought Hisao was going to become a shōnen banchō in the sequel.
"A very small degree of hope is sufficient to cause the birth of love." -Stendhal
The verdict is (finally) in:
Hanako > Rin > Emi > Lilly = Shizune

Maybe if you want to live up to the hype of the original Katawa Shoujo, maybe you could take the second game in a similar but vastly different direction.
In the first game, you made a story that was primarily about physically disabled characters. Maybe in the next one you can make it about mentally disabled people. Sure, Hanako and Kenji have their own psychological problems, but you can tackle more serious mental disabilities like Schizophrenia, DID and Autism.
Top

The problem with mental handicaps is that, on one hand, it's far more difficult to write them in for believable characters without having firsthand experience - and on the other hand, it really blurs the lines on an unimportant concept called consent.

Just sayin'...
One day I'll put more than 15 minutes of work into an avatar. One day.
Top

zanzarra wrote:The problem with mental handicaps is that [...] it really blurs the lines on an unimportant concept called consent.

I just imagined a VN where people like Kenji started a riot at Yakamu, raping everyone and setting up smaller camps on campus. Kinda like in one of those popular TV series about zombies.

They already made a KS2 April Fools joke after I totally forgot about my own April Fools project? FUCK! NOW WHAT?! EVERYONE KNOWS GABE NEWELL CAN'T COUNT TO THREE, AND THERE IS NO TF3! Clever girl, 4LS.
I'm not that good with signatures. I guess I like Lilly or whatever.
Top

Nice, I'm Looking Forward to KS2. In my mind, I think the 1 Armed chick could be related to Rin somehow? And the Guy could be Somehow related to Hisao?
Emi (Got Good Ending Playing Blind, Then Found a Flow Chart For the Others), Shizune, Lilly, Hanako, Rin (Never got to finish due to Corrupted/Glitched Data and Save File)
Ice & Trikes 4 Life!
If Nissan Motorsports = Nismo, does Honda Motorsports = Homo ?
Top

I personally would love an all female version of the same game and not just for the most obvious reason. I find lesbian relationships much more beautiful and sensual. Maybe it's just my male mind speaking.
Top

darkstorm117 wrote:I personally would love an all female version of the same game and not just for the most obvious reason. I find lesbian relationships much more beautiful and sensual. Maybe it's just my male mind speaking.

It really doesn't matter what gender or orientation you are. Love is love. Though, a lesbian sex edition of Katawa Shoujo would be lovely.
This song has been in my head for 20 years.
---
A loony's tune.
Top