The new projects aren't related to Katawa Shoujo in any way.
Top

PlatonicRabbit wrote:I look forward to another patient four years. Probably less, since you guys are experienced at this sort of thing now, right?

At first I chortled most heartily.

Then I thought about it, and went

.
Shattering your dreams since '94. I also fought COVID in '20 and all I got was this lousy forum sig.

Congrats on the 1 year anniversary!
Top

Also congrats on the first anniversary.
Have some cake!

I heard a few months back that Raita mentioned KS somewhere, but from just that I wasn't even sure he read it...
Has there been any further reaction from him since then?
Emi > Misha > Hanako > Lilly > Rin > Shizune

Um, not to dampen the mood of this thread, but is anyone else having the download timeout on the artbook linked off the blog?
Top 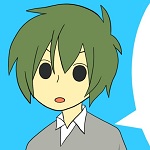 First Anniversary.... Wow, time does fly.
This game showed me a lot of things that I had been unable to see.
I really want to say thank you to the dev team for this magnificent piece of work!
When I saw Hobbiton & Rivendell on the movie HOBBIT, I almost cried.
Yeah, I think I'm beyond some irreversible paths.
Top

As they should be. KS was awesome, but we're also interested in what else you guys can come up with.

Thanks for the artbook.
Hanako Lover
Top

Ha, came back to the forums right after I saw it was January the 4th. "Wasn't there something that happened on this day?"
Anyway, happy one year anniversary!
"Don't die!"
~Anonymous
Top

1) I'm pissing myself from excitement already after reading about the new projects!

2) Hmm, since it's KS birthday I feel like playing it again, I actually didn't play all routes last time, so I'll welcome the feels once more.

Good. There's no reason for them to be related to KS.
I write things occasionally.

My sincerest congratulations on your first anniversary. I actually called off work last year to download and play KS; after all that time waiting, I'd not let something like a job get in my way! And I was glad I did. Beautiful art, music, and writing. And, as I noticed, on a freeware coding engine.... And that thought curled up in my hindbrain, and waited.

Towards mid-Summer, I discovered the RenPy Games List, and the rich crop available there. I even had a chance to meet Ayu Sakata of Sakivisual at Matsuricon 2012. That idea that'd curled up all those months ago suddenly found voice: I asked her that, if one had the skill, anyone could try making a vn, could they not? Her answer was simple: "Of course! Why don't you?"

So, after finding a talented artist, we did.

Hey. I'm just a once-engineer, now pharmacy tech, with a house in the 'burbs; a wife, kids, the whole catastrophe. But KS opened my mind to a world of creativity, of wondrous stories, that I'd never imagined before. One year on, I'll still go back and revisit a scene, or listen to a selection music again. How many other games/vn's have I done that for? None other. So again, thank you very much; not only for your work, but for actually changing my life.
OTChi Kocchi Visual Novel DevBlog
Top
Post Reply
65 posts