A Week of Memories part 7: Graduation

Elton John wrote: So excuse me forgetting but these things I do
You see I've forgotten if they're green or they're blue
Anyway, the thing is, what I really mean
Those are the sweetest guys I've ever seen

a.k.a. me and Rin talking about the KS Dev team. Many thanks.

by Joou
I wish I could properly convey my appreciation for what you and all of 4LS have done.

Words on an internet forum from thousands of kilometers away just don't cut it.

I wish everyone the best. That includes all you forumites as well.

by katawaM@STER
DON'T GET OUT KS DEVS ;_; 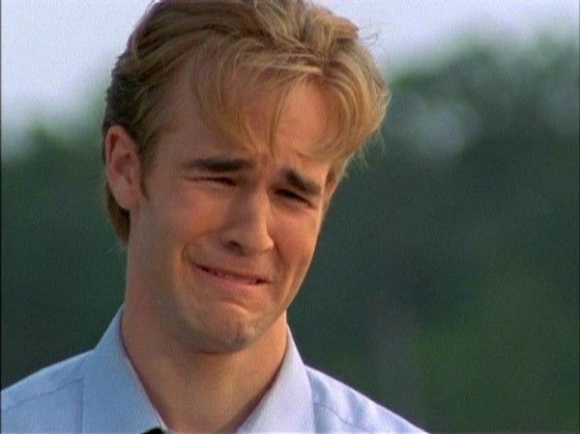 But seriously, congratulations and thanks for everything. The game has become so much more than what I, and many others (and possibly yourself), ever could have expected. And let me again praise the wonderful soundtrack. I hope to hear more of you and at least some of the other team members.

i hope you guys do something else in the future but otherwise this is a happy sad time
sad because there will be no more wait the time is over but happy because it was a success and that we can now all enjoy KS so devs thank you from the bottom of my heart
and hopefully this wont be goodbye but a see you later.

by Coolizer
...It's been a good 3-4 years since i found Katawa Shoujo Act 1, at the time i thought it was interesting, and was disappointed when it didn't continue afterwards, i thought it'd be like all the other "to be continued"s but then as i was browsing through various chatrooms i found out i was wrong... 3 years after i had finished the game, thought it would have no chance of getting published since i did not find this site, i was in shock. Happy shock, surprised shock... all kinds of feelings. But mostly just thankful and glad.
When i started the game i found out there was little change from the original but as i played on... well, let's just say i appreciate all the work that has been put into this piece of art, from the dwellers on 4ch where this started to the end with this post. To the nurse that inspired all this and the dedication that was put into this project. Thank you.

by Elrood
I don't know when exaclty I read the first test-act, let's just say it was a long time ago. I was hooked quite fast on the concept and bummed when I reached the end. Knowing it will still take a hell lot of time until I can actually play Katawa Shoujo, (if it even came out) I left the installation on my pc - just to keep me reminded to check things out from time to time.

On the third January, something caught my attention. "Katawa Shoujo release-date confirmed!" Needless to say, excitement grow in me instanstly. After having completed Lily's and Rin's route I was simply stunned. I totally didn't expect this game to rekindle my love for Visual Novels as it did. For me those two Story Arcs are just perfect (the same goes for the music), but I'm getting a little off track here.

After having completed Rin's route I actually called an old friend friend of mine, that I haven't seen for a while because of similar problems Hisao had wiith Rin. (Just like you described it in your post). I actually learned something from this game and could even use it. That is in itself just amazing and I'm truly thankful to you for that.

Reviewing games and such is a passionate hobby of mine and Katawa Shoujo simple got my blood boiling for doing just that. I want to be one of the voices that stand up for Katawa Shoujo. Showing the world that Katawa Shoujo isn't simply just a tasteless game where you fuck disabled girls but something much more important. I would like to add that your blog-posts have given me an important insight into the development process of Katawa Shoujo, something that really helps me out writing my review.

To end this rant-like post of mine. Katawa Shoujo surely isn't perfect, but that's not important. What's important is that Katawa Shoujo showed that Visual Novels can be more than cheap stories or wanking material. It can be an enlightenment. It challenges us how we really see a disabled person and teaches us that just because someone lives a bit different doesn't make him less or more of a person. Sure, there are still more themes and morals hidden in Katawa Shoujo, but for me, that's what it comes down to. And for that...

I'm truly thankfull to you and all the other members of 4LS.

by Guest
Seeing all these people who just registered recently in order to post their thanks, I couldn't help but do the same.
I don't think there's anything left to be said, really; it's just all so true.
I wish I could write a big, long, eloquent post to truly illustrate just how genuinely touching this whole affair has been, but I'm afraid I would come off
as just saying more of the same. That's never stopped me before.
To put it simply, even though I had been following KS for some time, I kind of forgot about it in the hustle and bustle of everyday life until I heard the full game was going to finally be released (seems like that's happened to a lot of us). As fate would have it, all of this, even this "Week of Memories" has coincided with a rather rough patch in my personal life. Seeing all this (I can't even think of a word that encompasses everything), well, it's inspiring. It gives me hope.
So, thanks 4Leaf Studios. Thanks for everything, and whatever you all decide to do next, always remember all the people you've touched and the wonderful thing you've done.
Believe me, we won't forget you.
Ok, so that was cheesy, but god damn it, it's true!

by Tahtorak
I believe that it is only fitting that I see you guys off with a song.

So here is my favorite song in the form of a youtube video: http://www.youtube.com/watch?v=xpcUxwpOQ_A

by Nintendo Maniac 64
Unlike what I assume to be everyone else, I'm not in a sad or bittersweet mood or anything. In fact, this post was disappointing to me...

Basically, it boiled down to 2 things, the first being the dislike of winter and night in general. I am the exact opposite - I think a moonlit winter night is one of the most beautiful things ever, and the fact that even without much moonlight, the night isn't actually black because everything is lit up some from the snow. And during the day, the ice and snow in general gives a glassy, pure-like sparkle to nearly everything.


Secondly, the bittersweet feeling of graduation. Simply put, I seriously think graduation is made out to be WAY bigger of a deal than it really is. However, that may just be my disdain of the educational system in general, where I feel that it almost "controls" our lives way more than it should. Graduation in particular is nothing to be nostalgic about - you're essentially being forced to "move on with life" simply because society says you need to go to college and get a job in the so-called "real world".

Then again, I'm hardly an unbiased opinion - school was pretty much the worse period of my life. (hence why I'm so reluctant to pursue higher education)


It's just that this was the first post EVER on this blog that I ever disagreed with, and so strongly too. So I really had to get it out of my system.

by Demonhornz
Isn't that kind of missing the point, Maniac?

by Nintendo Maniac 64
The point about this being an ending and completion of working on a project together? Yes, but I still don't like using the analogy of graduation. In this case, I see it more along the lines of finishing a group school project rather than completing school itself. In particular, it's not like anybody is leaving - they're still going to be around on the internet, just like your work partners are still going to be around in class.

The thing is, Aura made it sound like it really IS like graduation where people WILL be leaving. That's one thing that really got to me, even more so with the idea of such a thing being positive at all.

Perhaps what I'm trying to say is, I feel the concept of "Graduation" feels very artificial to me.

by Silent
I'm glad I didn't read Act 1 when it was first released. The wait would have been unbearable.

I wanted to congratulate 4LS and all those that contributed along the way for creating such an amazing final product. It's pretty hard to believe that something so wonderful and touching could arise out of the internet's cesspool that is 4chan, but here it is and I'm loving every minute I spend reading it. Gives me a little faith in our kind and maybe not all hope is lost.

by Lawls
Good read now that KS is at an end it's almost sad almost, look forward to hearing from the devs in the future.

by zeroyuki92
Thank you very much...Your effort in keeping the project kicking and alive is very inspiring. Not counting the result which is...Well, amazing.

KS has been successful in giving a breath to many souls, and OELVN industry in general. KS has planted many seeds all over the worlds, some people may try to change their own life to be better, some saw a new direction to their life, some was inspired to do things that can spread more seeds of goodness to the world. It may be in a form of other VN, or anything. You will never know :p

That's why, thank you.
All times are UTC-04:00
Page 4 of 7
Powered by phpBB® Forum Software © phpBB Limited
https://www.phpbb.com/