Merlyn_LeRoy wrote:Does Rin even have a canonical arm length? Her only

on the shimmie doesn't really indicate that.

Since I'm about 99% positive that pic was drawn by a dev, I think it's safe to say those little stumplets are canon.
"I don't care," said Pierre, "I'm from France."

Wasn't one of the bonuses of having a non-Japanese development team was that the extras and merchandise WOULDN'T be Japan-only?

When imitating someone or something, you're supposed to use the favorable traits, not the negative ones. >_>
Katawa Shoujo's resident straight male kuutsundere.
(because just "tsundere" makes people think of "Shana clones" *shivers*)

>If you are around in August.

One thing I learned about Japan. If you're American don't visit in August.
Top

Its good to see some good news, it's also good to see the girls swimming suits....not that I'm into that kinda things....well, maybe a little...

I just noticed Shizune has a >:T face, which is known by some as a "pout face". Very nice.

Also, I don't think amputees wear any of their prosthetics while at the beach (or pool).
Top

So what, we have to wait for someone in Japan to buy it and then scan it?

My god, the circle is complete.
Top

One thing I learned about Japan. If you're American don't visit in August.

Not trying to sound crude, but I'm curious enough of a person that this has me wondering if there is a sharp drop in numbers of Japanese tourists to the Sates in December.
Top

Emi, Stumpblade master. Sworn enemy of the Limbless hoards, Chosen by the stumps of all worlds.
[19:33] <!Suriko> i think i could go my whole life without putting my mouth on someone's ass voluntarily

Is there anyway we could buy these art books outside of Japan? I'm sure there would be enough of us outside of Japan to justify it, even still in japanese. Hell, even just to sell of the extras I'm sure alot of us would be more than happy to get them. 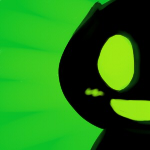 You know, I have a feeling that if we wait a couple of years, Katawa Shoujo will become big enough to become an anime.

Something to look forward to.
I like toast!
Top

Fhegy wrote:You know, I have a feeling that if we wait a couple of years, Katawa Shoujo will become big enough to become an anime.

Something to look forward to.

well, some VNs have become Animes... I'm watching the Fate/Stay Night one myself right now
2 kidneys for sale, slightly used, non-functional, no refunds. 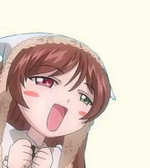 How much do you guys want to ship that packet of stuff to America?


Fhegy wrote:You know, I have a feeling that if we wait a couple of years, Katawa Shoujo will become big enough to become an anime. :)
Something to look forward to.

But those were big-name big-budget studios, the ksdevs are just a small indie group. The attention KS has gotten is attributed to many things, but that don't mean much. Besides, the devs already said it's not gonna happen. As much as I want it to.
Last edited by DESU on Fri Jul 15, 2011 12:22 pm, edited 1 time in total.

DESU wrote:How much do you guy want to ship that packet of stuff to America?

I had to check the date to make sure it's not another April Fool's joke. Luckily it's not.
" It would be hard to believe I was nearly killed by a love confession."
Top
Post Reply
60 posts