For all feedback on our releases in all languages.
Post Reply
18 posts

I recently started playing Katawa Shoujo, and I have to say that I'm impressed. This game is really well made. I was shocked to see that this uses the Ren'Py engine. This made me think, I also own some Ren'Py games that I've purchased on Steam. They are alright, but they are no where near as well made as Katawa Shoujo. I kind of wish I could have this game on Steam.

I understand that this game is free, and I believe that's a very humble move. However, I believe that having the game available on Steam would make up for any money spent. The convenience of being able to download the game on Steam and recorded time spent playing is, in my opinion, worth the money. And honestly, I believe you guys deserve it. This game is so well made, that I actually want to buy it.

I have little idea as to how much of a hassle it'd be to put Katawa Shoujo on Steam. However, I would definitely purchase this game, and I can say for sure that I know many more that would too.

Thank you for making such a good game, and hopefully my suggestion isn't a complete bomb.

The game is free and will probably stay that way.
Top 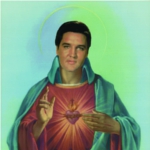 Being free was what initially made people play this game in the first place. Seriously, would you spend money on a game that, at first glance just sounds like some weird game? Before they played this, most people (me included) who heard of it were kinda skeptical about a game where you can have sex with disabled girls. Also, it will ruin the initial plan of making it a free game.
Top

I never understood the benefit of having the playing time recorded.
Besides, doesn't KS Also show the playing times? (Don't have it installed on this computer to check.)
Emi > Misha > Hanako > Lilly > Rin > Shizune

Mirage_GSM wrote:I never understood the benefit of having the playing time recorded.
Besides, doesn't KS Also show the playing times? (Don't have it installed on this computer to check.)

It does - next to every save you make.
Top

Yeah, I guess you guys are right. I should put my money into something else.
Top

I could say Steam is a game market and that Katawa Shoujo isn't really a video game, but that didn't stop Steam from hosting Dinner Date and Analogue: A Hate Story. That said i doubt Steam would host an item that would get an AO rating from the ESRB. Maybe i'm wrong on that, but still, i don't see Steam hosting this.
The fear of blood tends to create fear for the flesh.
Top

use raptr instead, you can track your playtime with it.
Top

Steam haves a free 2 play section, so KS can go there
When the war, has been won
And our march home begins
What awaits has not yet been revealed
What was won? what was lost?
Will our deeds be remembered?
Are they written on stone or in sand?

While I would love to see KS on Steam, since that would increase distribution and I think more people should play the game, it's just not going to happen.

From the economic side, Steam isn't going to host a free game that they're not going to profit from. Note that Analog: A Hate Story is on Steam, but the free Digital: A Love Story and Don't Take It Personally, Babe... are not. The free-to-play games all have micro-transactions to make money, of which I'm sure Steam gets a cut. KS could be released for a price, with all the proceeds going to a charity such as Child's Play, but then we still get into the PR issue.

From the PR side, despite already having adult titles such as The Witcher, Steam is not going to take a chance hosting a game that could be (wrongly) accused of being a sex game, or even child porn. I mean, just look at the hysteria created over Mass Effect. Granted, that was a very prominent release, but it was also all over a brief glimpse of side-boob. We can have lots of sex on premium channels (Game of Thrones, Spartacus), but god forbid we have a mature (17+) rated game with a brief glimpse of side-boob. There's no incentive for Steam to host a game that could potentially involve them in so much negative media attention.
Top

More people schould play this, and i think Steam Greenlight is a very good way to make this game even more popular.
Top

Steam does have a few free games, but yeah, the "Defenders of Public Decency" would lose their damn minds if they found out about this.

^ Can't you just download the installer in your computer then give it to them through a pen-drive or similar?
"It is not reason, more or less furnished, but will that makes the world march"

"Unfortunately, if you can think of something really stupid, someone out there probably believes it." -Xanatos
Top
Post Reply
18 posts