Lol, I'm suddenly reminded of Evangelion. When Shinji defeats the 14th angel and turns to soup he's wearing school clothes, the next episode his plug suit is the only clothing in the plug. The tradition continues!!!

No but really I don't think the school is uptight about apparal where disabilities are concerned. Just let this go.

Fundefined, It matters only in the sense that players of the game who have a cultural expectation that disregarding a school dress code is severely punishable may find the scenario perplexing. It's the same reason someone previously took issue with the characters in KS shaking hands instead of bowing. Yamaku seems to have an odd mix of culture and conflicts of expectation are bound to arise out of that. It is up to the developers how much they are going to allow feedback of this nature to affect the story, but I doubt they are going to let it get in their way.
Top

Shockz wrote: (On another note, how long is the final game going to be? Like, about what percentage of the full game is Act 1?)

reading this makes me very happy.

Also I found what may be a slight scripting error. When you play through the game, if you unlock Hanako's ending (5c5xb3) before you unlock Lilly's ending (Promise of Time), both endings are unlocked in the library.

Basically, I hadn't seen "Promise of Time" yet, and after seeing 5c5xb3, I went to the library to check my progress and saw both Lilly and Hanako's names in bold, with their endings available to be viewed.

Tualha wrote:I think people are missing my point...it's not that Hisao is late, it's that he's not wearing his school uniform to class.

You also see Emi, during the lunch break, in her PE clothes. Even Hisao points it out as odd ("Meet Cute"), and since she has it on, she either miraculously changed into it between you leaving the classroom and lunch beginning, or wore it to class.

Alright, I've played through most of the demo (just need to do Shizune's mini-route) and am finally ready to give my uber long post of feedbackness. I don't know if the devs will actually read this far into this topic, but I hope...

But first, I REALLY like how skip mode automatically deactivates when you reach unread text.


First off, Yuuko seems to be is a slightly different art style. This is not really noticable when she's the only one on-screen, but when she's beside Lilly in the library, you could see how Yuuko didn't have dark outlines around her hands and stuff like Lilly did. Yuuko also seems to have a more overall style of gradients and "fading color tones" much more so than other characters (such as, yet again, Lilly)

Secondly, some of the CGs seem a little TOO photo-like, such Hisao's bedroom and the bathroom. A good majority are fine though, like the rooftop.

The image of the night sky (the one for fireworks and seen in "Mind your step") has very noticable colorbanding. I realize KS's art style doesn't have perfectly smooth gradients all the time, but this is one time where it just looks bad.

In the background image for the scene where you first see Lilly in "Mind your step", you can see a road sign about 2/3 down and 3/4 to the right. Said roadsign is on the right side of the road, but japan drives on the left. May I recomment mirroring the background image? Make sure you mirror the night version too, when you're heading back to the school.

Given the large number of accomodations and facilities that the school offers, many of them might simply not see any point it venturing outside, let alone people such as Hanako and Kenji.

should be "in" instead

In the background image for Lilly's stall for the festival, there's clearly a "Coca Cola" logo on the umbrella. Speaking of brand names, the convenience store's katakana name still says seven eleven (well, seburen erebun or whatever it says)

Muto barely has any different character images, giving a very monotone personality. Or is this intentional?

When loading a game, it says "Are you sure you want to discard your progress?". This is a bit confusing since that makes it sound like you accidentally clicked the X to delete a save. Something like "Discard current progress and load save state?" may be better.

In the Jukebox, when using a gamepad or arrow keys, you cannot highlight and select ">> Return" in ways normally expected. The ONLY way to do this is to highlight a song on the list, and go right. You cannot go right from stop, nor go down from the scroll buttons.

At points where Rin moves her head from side to side quickly, the on-screen animation really just looks like she's a robot spazzing out, probably from the lack of the fade-transition normally used on image changes. With the fade-transition, it may look more like a motion blur effect from motion and moving, therefore looking better.

Rin and Emi's name colors really should be swapped...

Any plans on using Ren'Py 7 in the future? The OpenGL hardware acceleration could be very useful for all the fancy effects.


There's also some sort of inconsistancy between two branches that I forgot to put in here before I deleted the save file... I'll see if I can find it again at some point. (it's not the one already posted about the boy in the art club)
Last edited by Silentcook on Tue Jun 09, 2009 5:13 pm, edited 1 time in total.
Reason: Taken care of typo (only of that, not other possible issues). Thanks.
Katawa Shoujo's resident straight male kuutsundere.
(because just "tsundere" makes people think of "Shana clones" *shivers*) 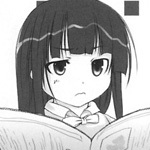 So, I was playing through the Shizune route, and I came across this.
I've already skimmed through the 16 pages of this thread and I couldn't find it posted anywhere else either so I thought I should throw it up here in case you hadn't noticed, It's just a small typo, but still, better to have none

This is on the day of the festival, on the Shizune route when they are in your room to wake you up, they have only just come through the door, you can see from the cursor, the "We've" should be a "We".

So yea, thought I should point it out just incase you didn't notice.

PCJedi wrote:Also, the fact that Shizune is so willing to randomly cut class to keep hanging out in town after lunch on that one day in her route just feels a bit out of character for her to me. Considering how strict she is with everyone else, it's surprising that she'd act like that herself.

Nintendo Maniac 64 wrote:In the background image for the scene where you first see Lilly in "Mind your step", you can see a road sign about 2/3 down and 3/4 to the right. Said roadsign is on the right side of the road, but japan drives on the left. May I recomment mirroring the background image? Make sure you mirror the night version too, when you're heading back to the school.

Well, remember that Hisao is new to Yamaku. His experience is with the ordinary sort of high school. I'm pretty sure he would think, "Hey, I can't go to class like this, I have to put on my uniform". It's out of character for him to go to class in his running clothes, regardless of how Muto might or might not react.

Now, of course, it is possible he was so out of it that he didn't realize what he was wearing. And, given the contents of the note, Muto might well have decided to let it go. But I doubt Shizune would. Can you see her letting a dress code infraction go? I can't. If you're on a path where she likes you, then she's on speaking terms with you, and she'll bring it up. If you're on a path where she dislikes you, she'll bring it up to be a bitch about it.

Fidelas, that's a good point about Emi, which hadn't occurred to me. But in her case I suspect she wasn't wearing them to class, but rather that she skips class a lot in order to run. And they probably let her (as long as she keeps her grades up), because she has no legs and she's nevertheless on the track team, and they want to encourage that sort of attitude. (Of course the real reason is that the artist didn't draw her in uniform, and I hope the full game has her in uniform once in a while - it's pretty one-dimensional to have her in running clothes at all times. Yeah, I know, in the full game she won't be, nudge nudge wink wink.)

(EDIT: Ok, she is in uniform Friday lunchtime. Never noticed. How embarrassing.)

Come to think of it, Lilly and Hanako are in their uniforms Saturday afternoon and Sunday. Wouldn't they wear ordinary clothes? Yeah, I know, it's more drawing work...
Top

Tualha wrote:Come to think of it, Lilly and Hanako are in their uniforms Saturday afternoon and Sunday. Wouldn't they wear ordinary clothes? Yeah, I know, it's more drawing work...

Good point. I assume its just unneeded artwork to draw them in casual clothes (no doubt they'll appear later for the inevitable date), but yes, it's odd. You also see Lilly and Rin late at night in town, still in their school uniform. Rin has the excuse of it being hard for her to change on her own, thus, being the laid back person she is, just stays in her uniform most of the time. Lilly probably doesn't actually have too many outfits. Being blind, I would think it would be hard to differentiate between them, so, again, just wearing the uniform is easy.

Fidelas wrote:Lilly probably doesn't actually have too many outfits. Being blind, I would think it would be hard to differentiate between them, so, again, just wearing the uniform is easy.

The comment on the blindness is just how I think it would be. No idea if its actually that way for blind people.

Well, on the other hand, Lilly's upbringing is such that she would probably care about dressing appropriately. And it wouldn't be hard to tell clothes apart, as long as they aren't cut exactly the same. Green blouse = the one with these ruffles here, red blouse = the one with the buttons that feel just so, etc. And Hanako or Akira to tell her if she goofed.
Top

That or she keeps everything in her wardrobe meticulously organized so she knows the third hanger from the right has her school uniform, while the second from the left has the sexy red dress. You're also correct that Hanako would probably be more than willing to help her with such things.
Top

vermithrx wrote:That or she keeps everything in her wardrobe meticulously organized so she knows the third hanger from the right has her school uniform, while the second from the left has the sexy red dress. You're also correct that Hanako would probably be more than willing to help her with such things.

vermithrx wrote:That or she keeps everything in her wardrobe meticulously organized so she knows the third hanger from the right has her school uniform, while the second from the left has the sexy red dress. You're also correct that Hanako would probably be more than willing to help her with such things.

Right next to the transparent babydoll for those special occasions. Just because she's blind doesn't mean he isn't.

The bold part had me giggling.

I was wondering, is there a point to using the quote button if you are reasonably sure your post will be directly beneath the one you're responding to?
Top
Locked
992 posts