Life doesn't loop like a musicbox tune (one shot)

Life doesn't loop like a musicbox tune (one shot)

This is an alternate Lilly's route ending that I wrote a while ago. I hope you'll enjoy it.

Everything was dark. Silence. Only the deep roar of the engines was breaking it.

"... Please keep your seatbelts on while the sign is on and have a good flight."

She sighed and tried to find a good position on the uncomfortable seat.

- Everything all right, Sis?

Akira was sitting on her left and Lilly could hear that she was depressed, even if she tried to hide it. She knew her too well.

Even though her friend seemed to have gained strength recently and reacted well enough when she said farewell to her, Lilly was afraid of her state now.

- Wasn't she going to go on a trip with her new friends? I'm sure she'll be fine. And our boy is still there for her.

Akira tried to maintain a reassuring voice quite well. But the whole discussion seemed off. Both of them knew what they had left behind.

Hisao... She thought he would scream after her when he found out the truth, but he just... accepted it. He didn't fight, he just let her go. That's what she wanted, yes, but she would've preferred... something that she couldn't put her finger on. He was always kind and sincere and that's probably why he didn't confront her.

Lilly sighed, and dropped her head a bit.

- I will miss him. I don't know if I will find another gentleman as kind as him. I'm surprised he didn't get angry at me.
- When we talked, he was depressed but quickly regained his composure. He didn't want you to feel bad, Sis. He loved you... very much.

Akira's voice lost all of its joy at the end of her sentence. She put her arm on Lilly's far shoulder and hugged her. She saw that her sister was just trying to maintain her composure, knowing her too well too.

- I... I will miss him. But I didn't want to be separated from you. And our parents finally want me to join them, so it's... okay.

Her voice was shaking. Akira tried to restrain a snort when she heard the "our parents" part, but she failed.

Akira didn't know what to say. During their last trip, their father tried his best to avoid conversation with Lilly. The old bastard hadn't got the balls to assume his decisions.

She didn't believe so, but Lilly looked down enough. The younger sister remained silent for a few minutes, shaking in Akira's arms.

- I'm afraid, Akira...
- C'mon, it's not like you to be like that! She pat her head a bit. I know you'll be fine.
- Hanako... was my best friend. I feel like my heart has just been torn apart. I can get used to the idea of losing a boyfriend, but... she was a big part of my life.
- I'll teach ya how to use a computer and you'll be able to communicate with her, don't worry.

Lilly didn't even pout. Akira was surprised. Her prideful nature never seemed to go away. This time it did, apparently. After a while, she let go of Akira's hug and searched something in her travel bag. She quickly pulled out a musicbox and opened it, her hands trembling.

It was lying on her lap, and she listened to it for a while. Tears started to roll down her cheeks and Akira hugged her again, really worried.

A man behind them talked.

Akira looked up to him and glared. The man gasped and backed in his seat as much as he could, shutting up instantly.

She cried in Akira's arms for a while, then fell asleep. Akira couldn't do so for the whole flight. She was starting to doubt the decision both had made.


The plane landed. Lilly was holding Akira's arm tightly. When they arrived at the airport where a driver sent by their father was supposed to be waiting for her, Lilly turned her cellphone on. A robotic voice announced her she had a voice message. Akira saw the name on the screen.

- It's Hanako, Sis, looks like she already wants to talk.

She let out a dry chuckle. Lilly nodded and listened to the message. Akira heard that Hanako muffled voice was a bit too loud, and fast. The face Lilly started to make halfway through didn't help her to feel better.

At the end, Lilly froze, and the phone hit the ground.

She still didn't move, but managed to say a few words, with a voice that didn't belong to her. 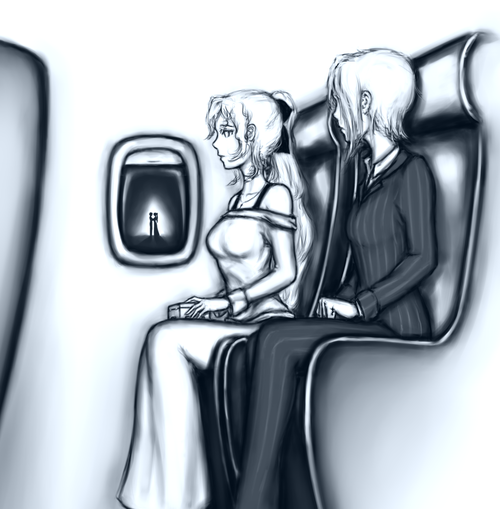 KS page with facts and quizzes about the VN : https://www.facebook.com/KatawaShoujoTriviaAndFacts
Top

It's a story that is almost entirely build-up for a resolution that it fails to deliver.
Emi > Misha > Hanako > Lilly > Rin > Shizune

Well, Hisao ran after her but she didn't hear him.
KS page with facts and quizzes about the VN : https://www.facebook.com/KatawaShoujoTriviaAndFacts
Top

... declared his love for Shizune?
Post-Yamaku, what happens? After The Dream is a mosaic that follows everyone to the (sometimes) bitter end.
Main Index (Complete)—Shizune/Lilly/Emi/Hanako/Rin/Misha + Miki + Natsume
Secondary Arcs: Rika/Mutou/Akira • Hideaki | Others (WIP): Straw—A Dream of Suzu • Sakura—The Kenji Saga.
"Much has been lost, and there is much left to lose." — Tim Powers, The Drawing of the Dark (1979)
Top

... declared his love for Shizune?

...building a shrine outside your door?
Rin is orthogonal to everything.
Stuff I've written: Developments, a continuation of Lilly's (bad? neutral?) ending - COMPLETE!
Top

I'm pretty sure I read that somewhere already. Do you have a pastebin, by any chance ?

As a fanfic, it's just nothing special, I'm afraid. Not bad, but not particularly good either, and as much as I love Lilly's route, this kind of continuation has been done to death and back.
Top

Strongstache wrote:I'm pretty sure I read that somewhere already. Do you have a pastebin, by any chance ?

As a fanfic, it's just nothing special, I'm afraid. Not bad, but not particularly good either, and as much as I love Lilly's route, this kind of continuation has been done to death and back.

Honestly, I wrote it two years ago. Just felt like sharing it.

You might have read it on FF.net or my Facebook page, Katawa Shoujo Trivia and Facts.
KS page with facts and quizzes about the VN : https://www.facebook.com/KatawaShoujoTriviaAndFacts
Top

Mirage_GSM wrote:It's a story that is almost entirely build-up for a resolution that it fails to deliver.

That's pretty much my thoughts on this. All build up with no pay-off.

Judging by the picture, he's standing outside with Lilly's doppelganger.
Not Dead Yet
Top

He had the airport heart attack but Lilly didn't hear him.
KS page with facts and quizzes about the VN : https://www.facebook.com/KatawaShoujoTriviaAndFacts
Top
Post Reply
10 posts • Page 1 of 1