It's the first book club of the New Year. Hooray! Hope everyone had a nice one.

To start things off with, we're going to look at something special. Me.
(Or rather, I story I wrote.)

What a perfect way to start the new year, right?

This story features Lilly and Akira when they were younger.

Ah, I remember this one!

Now I can read it again

Well that's annoyingly unfinished. The entire story makes me feel tense and uncomfortable. Everyone's on edge or doing things that could lead to bigger problems all the time.

Rin feels slightly off, but that's common in fanfiction. She's really hard to get right.

Emi feels a little weird too, but maybe just because she's angry all the time.

But it does leave me wanting more, and a resolution. Unfortunate we're just never going to get one.
Top

The only complain I have about it is its unfinished character. I really want to know the developments, but I think we won't have the end of the story, which is quite a shame. It started great, I really like stories like this one that deal about "a few years later" events, it offers a lot of possibilities, and we can have great stories. The take on this story was really interesting, and it had a lot of potential, I really want to know the end, but unfortunately, it seems we won't have the end of the story. I like the shape of Emi and Hisao relationship on this one, it was a really interesting take, and it really deserved a full story for that. A lot of potential, but unfortunately, no development for us. It happens...
Lilly = Akira > Miki = Hanako > Emi > Rin > Shizune

Well, according to the author they had two more chapters "almost complete and ready for posting"...

I remember liking that one a lot. Shame that it hasn't updated in so long.
Emi > Misha > Hanako > Lilly > Rin > Shizune

This time on the Bookclub, I thought we could take a look at Jigoro. 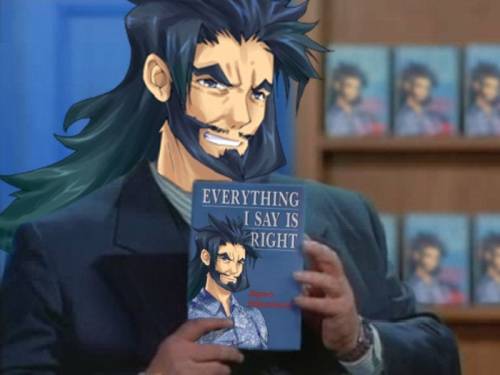 Okay. There he is. Now that we've gotten that taken care of let's move on.

Here's a story with Hanako. Convoluted toughts (Hanako, still)by Ascended Flutist. It's a nice short little piece showcasing Hanako's thoughts after Hisao showed her his scar. It's nothing too deep, but it's enjoyable. It does have a rather distracting typo in the title though.

Okay, fine, we'll do a Jigoro story too.
Of Jigoro and Hisao by Guestdude (not to be confused with Guest Poster who wrote Sisterhood).

I want to say that this starts rough. Normally, Jigoro is turned up to about an 11 on a scale of ten when it comes to obnoxious assholeness, but I think this story cranks him up to about a 15 at the start. Towards the end we get a more human Jigoro and that works ... I wouln't say it works well, but it's at least better. Jigoro's backstory and how he met his wife is actually really nice and I wish we could see it in a more down to earth story. It was also nice seeing Shizune stand up to her father, but over all the character feel a touch too cartoony for my tastes.
Not Dead Yet
Top
Post Reply
1910 posts