I'm not sure how you could write Nomiya without him being a little bit obnoxious, since he's pretty much the same with everyone who interacts with him in Rin's route. Apart from Sae where he is somewhat softer towards due to her seemly to know how to keep him in check to a certain degree. Overall I think you got Nomiya down quite well, to me at least he didn't feel out of character.

Plus when people are in a rage, they don't generally think about how verminous your words can be.

As to whether to use him again, depends if another scene with him would to develop a plot point, expand on something about Saki's past, or allow a scene between Hisao and Maeda who happens to be in the Art Club, or some other idea you are thinking of doing with him.

I think Mirage brings up some good points and helps to put that scene more into context and analysis overall.

I think we have to remember is that we don't know a lot of Saki's time in the Art Club due to being coy about it with Hisao. We don't if maybe at the start she was more into it than she gives the impression to Hisao overall.

As there is some history there that Hisao admitted he is unaware of.

I'm sure Saki is being pretty honest to Hisao about her time in the Art Club and about her parents (though I noticed how quick she was to shut Hisao down on that topic).

But we still only really have her words and view to go off, and are missing what others might know or saw, which Nomiya and Maeda are in a possible position to give context and input to create the full picture.

Plus we don't know the context of what the arrangement her parents, Nomiya and Nurse made in the first place. Which I imagine we will know more of in later chapters.

There are a few ways you can read why Saki left Hisao outside I feel, it could be not wanting to put him in a very awkward position with what was about to happen, since she knew that Nomiya was probably going to blow up a bit at her news. Or Saki doesn't trust Hisao enough at this point concerning stuff about her life, I know she has mentioned her condition to him and hinted to what type she has, though that came down more to Hisao unintentionally putting her in a position to come clean about it.

Or Saki was possibly worried that Nomiya might try and implicate that Hisao has something to do with her leaving the art club. Which would in her mind make her more at risk at blowing up and saying something that would cause problems for not just her, but Hisao down the line.

Or it might be for something else entirely like feeling it was a private matter between her and Nomiya and it didn't concern Hisao overall. Since she obviously wasn't particularly happy that Hisao overheard the conversation.

Me personally I think it's a mix of the above since while she and Hisao know they are developing and have certain feelings towards each other, they haven't crossed that line yet that would allow Saki to how should I put this... allow Hisao to be there more for her perhaps, not sure how else to put that since everything else doesn't seem right.

These are just my own views and how I read some bits of the last chapter. That and how I felt some of the context and subtext of the scene came off to me as. Which I think speaks volumes of your writing Euro and your ability to keep me hooked to your story. Since you are building up to events and revelations that I am eager to find out about.

I'm a theatre student myself, and I'm use to reading things out loud while adding movements of my own, when I got to the part where you wrote "“Alright, alright,” I say, holding up my hands. “You win. You're welcome" it gave me the lols because I was doing the exact same thing - holding my hands up xD, what a coincidence (sorry for the bad english)
Top

A fantastic chapter, Euro! Not much I can say that hasn't already been said but if this take until 2019 to complete, I'll be sure to be here to read it!

I have to say... It's a wonderful story, well-written.
I will be here to read this story until the end!

All I want to say has already been said. But, you're a wonderful writer.
Lilly = Akira > Miki = Hanako > Emi > Rin > Shizune

I forgot to mention, I usually have a musical piece that goes with each chapter and I totally forgot to post it at the beginning. The theme for this chapter is "Embers" by Helen Jane Long.

I had never heard of Helen Jane Long, but I've been looking for music with that feel for so damn long.

You magnificent person.
I am the harbinger of your destruction... By herbivorous, mountain dwelling quadrupeds... fear me
---
I also write now, apparently. Since everyone else does it, I'm putting it here
---
I have also discovered that I'm a decent proofreader. Anybody with SPaG problems is free to PM me their work for a thorough analysis and/or evisceration. Depends on how I'm feeling.
Top

Alpacalypse wrote:I had never heard of Helen Jane Long, but I've been looking for music with that feel for so damn long.

Great job so far! I appreciate your creation of Saki, even compare to magnificent themocaw's version. Still, can't wait for moments of higher tension, but I'm sure that you'll bring us "beautiful tragedy".

And, as usually you have piece of music for each chapter, I found something that fits in whole story. Different genre, but message behind lyrics, video... "No one There" by Sentenced.
Top

Hope to have the next chapter done soon. Bouncing around between it and the one-shot when I have free time

Nice to hear that the next chapter and the one shot are coming along. Looking forward to reading both when they come out, and seeing what lies within them.
"I think the greatest skill a writer can have is simply having confidence in themselves to tell the story they want to tell, and to have confidence that their audience will make up their own minds on their story and characters." Blackmambauk 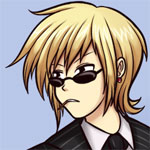 Want to join in to voice my joy at reading this route, and my appreciation to the dedication that you've given this, Euro. The consistently well written chapters, the amount of research poured in to give certain scenes more life, and the realism that you've given your characters and the world around is something to behold. I really appreciate the time you've taken to slow things down and build up those slice-life-moments so we get to learn and care for the characters, instead of jumping from one critical scene to the next. I find stories like that, whether it be in written form, animated or acted, stay with you the longest and you're remembering the characters years from now.

I've been on a KS FanFic binge and have been flailing on who my favorite secondary character is due to the excellent writings here on the board; first Scissorlips' Suzu, then Thanatos' Akira and now your Saki has a special place in my heart. I'm really looking forward to reading this route until its end, and I'm sure even after the conclusion, I'll be wanting more.
Currently reading (and being thoroughly depressed by): After the Dream by brythain
Also currently reading (sans depression):
The Benefit of Hindsight by Puncyclopedia
Learning to Fly by Eurobeatjester
Flutter by Sharp-O
Top

Just wanted to add that I am really enjoying this fic.

Saki depresses me so greatly, living her life to the fullest only for her to die young. It's so nice to see them overcoming the futility of their whole situation, but so sad to see her life cruelly taken away by a horrid disease.

Keep up the good work! Looking forward to the next chapter.
Top

That was a last minute decision. I had Star Trek TNG episodes playing in the background for some of the time I was writing this, and I remembered how it always cracked me up whenever Riker did something similar almost every time he sat down. It was something so small and simple but told you so much about his character. I thought it would be something Chisato would do too

This is ages ago by now, but that was just as much character as it was actor - he couldn't well lower himself into a chair for take after take without strain, thanks to some back problems, so he figured out another way.

Rather enjoying this, glad that I'm not alone, and as a musician and former instructor I can vouch - your first attempts either make no sound or sound like a dying animal, no matter what instrument. That whole sequence was great.
Top 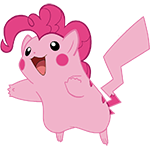 Hey, EBJ. Loving this so far, I only found this fic today through a post on FJ, a site I've seen you on. Amazing quality of writing, and my favourite alternate route since the "Can you keep moving forward" Akira fic. Keep up the good work, and definitely keep us updated on how each new bit is coming.
Top