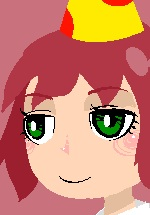 CaptainFalcon wrote:What a fantastic thing to read after sleeping in quite late! (It's 12pm here on a Tuesday, was up at about 11.30am)
Fantastic as usual, well worth the wait, which was absolutely minimal compared to how amazing the latest chapter was. It was a nice way to wrap up act 4 and I look forward to act 5! Thank you for bringing such amazing work for us all to read

I'm glad you liked the chapter, and thank YOU for reading!


BestTerribleApe wrote:My two cents:
A neat, fun pseudo-route, that's for sure. And yes, Hisao being more outspoken is a nice addition, though that could have painfully backfired.

Generally speaking, it seems that Hisao has been, to an extant, blessed by "some kind of divine forces" in this fanfiction. Nothing stretching too much the suspension of disbelief, but the story has developped in a direction inverse to that of every canon route. This time, it looks like Hisao managed to solve the two major conflicts before getting the girl.

Lady luck has very much been on Hisao's side throughout this entire story, despite the many downfalls he's encountered relating to his own character. I don't claim to be a master or even an experienced writer when it comes to story development, so I'll be sure to take your criticism into mind when it comes to future events. Personally, I have two major issues with my own writing thus far. The fact that Tetsuo could have been a much more engaging and relatable character if I'd spent more time actually getting all the holes filled in and developing the more personal facets of his character, and that Akira has yet to be shown in a truly bad light despite all the flaws that have been hinted at with her character (although I credit this in equal parts to my development through Hisao's point of view and my own inexperience/incompetence.)
However, Hisao has yet to solve all of the major conflicts. Naturally there are the issues that will arise relating to Akira and Lilly's refusal to their father, as well as the spillover with Tetsuo, both of which will be explored in act 5. Hisao has certainly solved two major issues, and the reason these were solved BEFORE a relationship with Akira is because, well, these were the two main things impeding such a development. I didn't want to write a story where Hisao and Akira began an illicit relationship behind her boyfriend's back, because Akira just didn't seem like that kind of person.

Or has he? Things could certainly get awkward fast, now that Hisao can't simply be Akira's confident or occasional drinking buddy. Will the Master of Romance be up to the challenge?

Well hopefully it won't take me 3 weeks to write the next chapter so everyone can find out, haha.


BlackWaltzTheThird wrote:Now that those are dealt with, I'll say I enjoyed the closing chapter of Act 4. I found it amusing that the ending scene, with Akira walking away from Hisao and from Yamaku, comes as she decides not to leave Japan. I'm consistently surprised at how Hisao gets into these bars/clubs, given he is underage (and especially since I, being nearly two years overage, still get asked for ID), but I'm willing to suspend my disbelief and attribute it to his very much of age companion. Now that the immediate plot threads are tied up, I wonder where things will go from here. I trust you'll figure something out; you've been consistently doing so each chapter so far. Kudos.

Thank you for all the grammatical things there. I have literally no formal teaching when it comes to prose, so my method so far has been purely "whatever doesn't have people throwing things at me."
The way I rationalize it is that Akira is a regular at the jazz club, which is why there aren't any questions asked when Hisao, her guest or partner, winds up making the orders. I've gone through about four different layouts for act 5 before finally settling on one, which will hopefully provide a fulfilling ending for everyone. Thank you for your continued guidance.


Carighan wrote:I really like this new part. And now that Akira is staying, we can totally get to the part where she gets Hisao smashed and he has to stay over again, right?

So on my route outline, I set out three guidelines for myself:
1. NO
2. DRUNK
3. SEX
I'm not actually trying to be sarcastic or anything, I could actually upload a screenshot of that section in the outline if everyone wishes. The reason for that is...

Hoitash wrote:Now, now, we want him sober this time, so he can fully appreciate a woman with experience.

Pretty much my thoughts exactly. I feel that something like that really devalues the act as a whole, at least during their first time. There's no commitment or intimacy if they're just going at it as a result or poor self-control and loss of judgment. I want to have a scene where Hisao wakes up to Akira and thinks about how much he enjoyed his time with her, rather than waking up and wondering where he is and why the hell he's in a bed with a naked Akira. Naturally, however, there are still going to be H-scenes, and I think I've got plenty of concepts laid out to keep everyone entertained or at least fulfilled.
Top

This is some really good stuff man! Looking forward to the final act of the story.
Top

Thanatos02 wrote:I don't claim to be a master or even an experienced writer when it comes to story development, so I'll be sure to take your criticism into mind when it comes to future events.

Heh, as you've said yourself, those little coincidences were a necessary evil. Akira and Hisao's relationship evolution already had to be a bit rushed to happen during the other route's time period. Even from an internal point of view, this isn't something that shock; rather, it arouses my suspicions that this good fortune Hisao is experiencing might ultimately deceive him.


Thanatos02 wrote:Akira has yet to be shown in a truly bad light despite all the flaws that have been hinted at with her character (although I credit this in equal parts to my development through Hisao's point of view and my own inexperience/incompetence.

Hmmm... Hisao's biased narration, the focus on Tetsuo, and my own naïveté give me some difficulties pinpointing exactly what is wrong with Akira. This is a good thing, as it seems it will constitute the meat of the conflict. Lookin' forward to it.

There's one obvious thing: She's bad at solving conflicts through dialogue until cornered into it, to the point where the only person she opens up to is a seemingly harmless highschooler. More importantly, and like Lilly, she does not know what she want, or at least fears letting her own desires out in the open. Once again, Hisao's words were providential.

Which is why I wait for the finale act with glee and dread, because, if there's one thing Hisao is terrible at, it's actual self-criticism regarding his interactions with people (until someone put him the nose right onto the problem). Now that he has to act, be, support, and not just offer hindsight, how the hell is he gonna screw up everything this time?
Top

Just to clarify, Akira's not going to turn out to be some sort of Eldritch creature that Hisao's been hallucinating as a woman, is he? I just wrapped up Saya no Uta, and it's made me rather concerned that that's going to become a common twist... For some reason.

Oh, and no fleshy penthouses, okay? The walls, I mean. A lack of clothing is alright.
Top

I just registered to get this off my chest.

Very nice and compelling story about my fave character in KS, I personally liked how Akira's hidden depths are shown in the story and I'm happy that she finally got a story even though its not canon. Its so good that this made me sit in front of the computer and finish it from start until the latest update. Reading this story made an unfeeling monster like me have all the FEELS, something that other stories wasn't able to do since KS went out. (okay, an unfeeling monster may be an exaggeration but you get the point)

I really hope that the dev team will be interested in this story and add this route to the game.

Thank you Thanatos and kudos to you sir!

We're all rooting for the Master of Romance, go beat up that neglectful btard and win Akira!
Last edited by NighthawK on Mon May 27, 2013 5:52 pm, edited 2 times in total.
"He who fights monsters should see to it that he himself does not become a monster. And if you gaze for long into an abyss, the abyss gazes also into you." 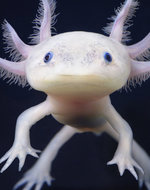 This is my first post here as well, and though I didn't register specifically for this purpose, I want to say that this Akira route and all of your work is really, really great. I check your pastebin for new stuff on the daily. Keep being awesome, Thanatos.

This blog post states otherwise. However, they do seem to be opposed to the idea of adding much more to KS in its current state.
What is there left to say?
Top

This blog post states otherwise. However, they do seem to be opposed to the idea of adding much more to KS in its current state.

I'm quite happy with Thanatos' Akira route. I don't need one in the game, I get this odd twitch every time this thread is marked as "new post", though.
Guess I should rephrase that as a "Fucking awesome fanfic!", Thanatos!

Really really liking this.
The strength of heart to face oneself has been made manifest. The persona Carighan has appeared.
Top

and the days seem to come slower and slower as we all wait for the next update....damn
Akira=Miki>Lily>Emi>Rin>Hanako...........and shizune I guess
Top

This has been a really great story so far.
What to do when there's nothing left to do...
Top

I am so sorry about the delay.
I've been going through a pretty big slump for a few weeks now, due to some things happening in my private life. I haven't been able to write much at all, and every time I do get something down I wind up deleting it out of frustration. It doesn't help that I'm trying something new with this chapter, and that's also been very tiring to work with. It's been getting a little better lately, now that I have some things figured out, but I can't post a reliable due date or anything like that. I'm really sorry to everyone who has been looking forward to the next chapter.
Top
Post Reply
915 posts