Aw damn, I got all excited. I thought a new part was out now.
Top

Sorry, but naw. I always update the thread title with the day's date when a new part's out. Dunno exactly when the next one's gonna be ready, but I've been feeling a little better, so it shouldn't be too long of a wait.

I can offer you a funny, bitesize story of the writing of KA, though.

Yesterday, I was desperate to get some writing work done, but I've been consistently tired as hell, making it near-impossible. So I was looking up online about remedies that grant natural energy. Added more blueberries to my diet, for one. Anyway, I stumble upon an article about ginseng helping chemo patients regain some energy. I was like "wtf? I take ginseng, and it's doing nothing." Then I saw that the kind of dose I take didn't help them much, but I saw that doses all the way up to 2000 mg seemed to really help. So I doubled up on mine, took 1600 mg. I then proceeded to stay awake for 24 hours, rofl. I wasn't super-wired or anything, and it didn't make me jittery like high doses of caffeine can. I just had natural energy for a long time; at hour 20, I was editing with ease, with some added help from pain medicine. Didn't feel tired enough to sleep until I hit the 24 hour mark, and the way I am, I can't sleep unless I'm really exhausted.

And then I slept for 15 hours straight, since my sleeping had been off for a few days before that, too. I usually sleep for 12 hours at the most, when I'm catching up on lost sleep.
Every day is a miracle.
Top

This one took us a little while, too, but I'm feeling optimistic; I finished it in a little over half of the time it took for me to work on part 10, so it's a testament to my improving health and recovery. I hope it finds you all in health, or embarked on the road toward it.
Every day is a miracle.
Top

This one took us a little while, too, but I'm feeling optimistic; I finished it in a little over half of the time it took for me to work on part 10, so it's a testament to my improving health and recovery. I hope it finds you all in health, or embarked on the road toward it.

I don't know why, but for some reason I thought you were gonna do a spoof of Office Space, where the therapist/hypnotist passes out before he could give the signal to take them out of there trance.

Also, Renting out an entire theater cost a lot.
Top 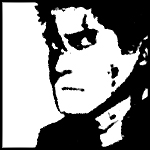 junichi knows a guy who knows a guy from his old days in the Yakuza who owes him a favor
you'll find out more during the spinoff chapter "Katawa Aniki: Like a Dragon", where Junichi's past demons catch up to him and he needs to team up with the dragon of Dojima himself
I co-write a KS rewrite with my friend Demifiend/Popo. It's called Katawa Aniki
lilly a slut and worst girl
Top

Had some absolutely crazy stuff go down, last night. Long story short, I thought I was having a massive heart attack, but it turned out to be a panic attack. Surprisingly, they did an EKG scan of my heart during the "attack," and my heart was absolute fine. Perfectly healthy. They checked it again later, and it was the same thing. I guess all of the times I thought I was having heart troubles were caused by me getting shaky because of my high blood pressure and/or blood sugar, and the fear of dying of a heart attack made me keep thinking I was having a heart attack; it was actually the fear causing the stress making my heart race, not a defect in the heart itself.

It absolutely, indistinguishably felt like heart troubles, these last few months. It was exactly like descriptions found in stories, like in movies or even Katawa Shoujo itself. The waves of sensation from the chest, pins and needles, all that. I was pretty shocked when I was told it was pure anxiety, but then the "attack" ended up stopping on its own, and I was starting to feel better really oddly quickly, so it turned out they were right. It's so crazy. I couldn't have possibly known, beforehand. I'm not easily scared and I've learned to deal with stress a lot better over the past couple of years, so anxiety wasn't something I'd even considered as the cause. The great news, though, is that my heart is currently in perfect health. When I get my blood pressure/sugar back to normal levels, I'll be doing just fine.

I thought I was about to die. I was almost sure. It was the most frightening experience of my life. I was trying to decide what my final words to my mother would be, since she was right there with me, and whether or not I should try to speak them, or try to sit tight. I thought about family, friends (including Kane, of course), and even you guys. I, uh...didn't wanna depress you guys by dying, heh. Kane and I have talked about things like, in the event of either of our deaths, the other will probably finish editing and releasing KA. Fortunately, neither of us are at any real risk, presently.

I plan on being around until then and later, so I plan on writing an afterword, when we finally release the ending. In it, I suppose I might get more emotional than in this post. I've been thinking to do two parts to: one that's more directly related to the story, and one that is more personal, in which I'll share some details of my life that I haven't told many people, at this point. I'll go more into depth about this experience, as well as explain some other things, including the main reason I started writing KA in the first place.

Predictably, this has been a speed bump to the editing process for the next release, but it shouldn't be an obscenely long wait.
Every day is a miracle.
Top

It feels a little odd to have this be my first actual comment here, but for your information (and I mean to use the plural here): there are several afflictions that can mimic the symptoms of a heart attack, up to and including indigestion. No kidding.
Shattering your dreams since '94. I also fought COVID in '20 and all I got was this lousy forum sig.

Had a similar issue myself a few months ago. I had been having stuff for a while, but I'm 22 and thin so I tried to ignore it. Then it decided to keep me up all night once, so I finally drove myself to the ER. Same thing, anxiety attack.

... Medical bills suck by the way.

EDIT: I had kind of skimmed those last two paragraphs when I wrote that

. Anyhow glad you're alright, and hope you get things in order. I'm rather touched that we of all people were on your mind.
Top

Silentcook wrote:It feels a little odd to have this be my first actual comment here, but for your information (and I mean to use the plural here): there are several afflictions that can mimic the symptoms of a heart attack, up to and including indigestion. No kidding.

I knew about that beforehand, and my stomach actually was bothering me just a little, but I'd never had sensations in my chest like that, before they started up about 3 months ago. My heart was like a jackhammer, so I thought it was the real thing. I'm grateful to get a comment from you, and would like to take the opportunity to give my deepest thanks for you and the rest of the team making Katawa Shoujo. It was instrumental in some soul searching that has really saved my life, figuratively and sorta literally. I became a better person with a drive to help society however I can, and have taken more care of my health as a result.

I would also like to ask you if I may PM you to ask a question or two about the topicality of this board and what kinds of stories can be posted, in reference to a future story we're planning.


Guestimate wrote:Had a similar issue myself a few months ago. I had been having stuff for a while, but I'm 22 and thin so I tried to ignore it. Then it decided to keep me up all night once, so I finally drove myself to the ER. Same thing, anxiety attack.

... Medical bills suck by the way.

EDIT: I had kind of skimmed those last two paragraphs when I wrote that

. Anyhow glad you're alright, and hope you get things in order. I'm rather touched that we of all people were on your mind.

Fortunately, my insurance covered everything but a cheap prescription. Knowing that it's happened to someone else makes me feel less crazy, heh. Nobody should have to go through that, though. I thought about you guys because of all the kind words of encouragement and the helpful feedback. I realized that if I died, this story might be the only thing I'd be remembered for long after my death, even if only by a few, since the internet's good for archiving data. I want my time in this world to leave something positive and lasting behind, even if it's just a kind sentiment people pass on without mentioning me.
Every day is a miracle.
Top

Through my various stages of recovery, new issues cropping up, and recovery beginning anew, it took me around thirty days to release one of the parts, about fifteen for the last one, and twelve for this one, despite having to deal with heavy anxiety issues. At different points and all-throughout, I may have been sapped of my physical and mental energy, my temper, my rationality at times, my sense of safety, and the strength of my muscles, but I will never be robbed of my passion. Humanity must always recover from any wound. My own state is growing better by the day.
Every day is a miracle.
Top

What a very eventful chapter. Now that we know a little more about Junichi's past, I wonder what he'll make of Akiras gift during the party.
Top

I'm glad to hear that you're ok, and hope your condition continues to improve.

In regards to the story, it's as engaging as ever. Good work. I'm really loving the Junichi/Miki interactions, quite entertaining.

As has become usual, I've been dealing with issues of having low energy, but we remain hard at work on this. This one took a little longer because there was a while where it was also difficult for me to find inspiration for one of the scenes, and I had to make sure I didn't make too many mistakes, and such. I've been able to exercise more, lately, so hopefully I'll be feeling more full of vigor and clarity in the near future. Gotta do Emi proud, y'know?
Every day is a miracle.
Top

What a difference a few days makes. I've been exercising more, and I'm starting to feel a whole lot better. Labwork results are consistent with that, showing much to be optimistic about. It brings me great joy for my health and happiness to coincide with this particular release. Hopefully, it'll be health, wealth, and happiness, soon enough.

Every day is a miracle.
Top

Awesome job as usual, 13 pretty good but 14 was a little better in my opinion. Keep up the great work!
Top
Post Reply
242 posts