A Haiku for each girl!

A Haiku for each girl!

I have always been fond of the Haiku as a poetry form and as another way to pay homage to the beautiful world of KS I wrote a Haiku for each KS main character. In each haiku I've tried to capture a feeling I associate with the girls or focus on one of the facets of their characters. I hope you like them and by all means feel free to add some of your own!

A lone autumn leaf
Rustling through the night air
Can you hear it fall?

It stays very quiet,
In my books of solitude,
That burning phoenix.

Nothing to hold me back,
Now that I have reached the sky.
Will you be my sun?

In a world alone,
Where all true beauty is art...
It's a world I own.


If you don't know what a haiku is, here's a short description:
"Haiku is a poetic form and a type of poetry from the Japanese culture. Haiku combines form, content, and language in a meaningful, yet compact form. The most common form for Haiku is three short lines. The first line usually contains five (5) syllables, the second line seven (7) syllables, and the third line contains five (5) syllables. Haiku doesn't rhyme. A Haiku must "paint" a mental image in the reader's mind. This is the challenge of Haiku - to put the poem's meaning and imagery in the reader's mind in 17 syllables."
King of a hundred horsemen.
Top

I glanced at the title and thought it was "A Hisao For Each Girl!"

This tea is too cold
Fumbling through Daddy's wine shelf
Delicious champagne
http://pastebin.com/u/lolawesome

King of a hundred horsemen.
Top

Here's my next attempt

Want to play a game?
Risk? Australia is yours if
You join the council


I don't think I'll do Emi, your haiku for her is God-tier
http://pastebin.com/u/lolawesome

God-tier, ha! Thanks, I guess. You can do Rin, if you want, mine is a bit too generic. Shizune's was good.
King of a hundred horsemen.
Top

Feminists here and
Feminists there, CONFOUND IT!
I am surrounded!
Top

I see butterflies
I see clouds over my head
To paint them is life
http://pastebin.com/u/lolawesome 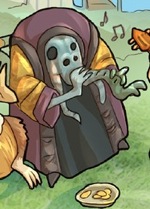 For so long I tried
To remember the taste of
Sweet life without pain.

Though I'll admit, yours was excellent.
And to live in Peace A post Hanako Good End fanfiction. That about sums it up.

Lilly's is some Zen-type coolness. Really dig it.

Emi's has SIX syllables in the first line. I hate to be a nipicky nitpicker, but that threw me so bad, because the haiku is SO GOOD.

The Emi one is the best and could be fixed like this:

Nothing holds me back,
Now that I have reached the sky.
Will you be my sun?

Under the bare trees
He fell because of my love
His life lost, my fault

To protect Lily
Sitting with a beer in hand
God damn that old man
KS: Bloodline The story of Yaso Atoza, 24 years after the events in KS.
Nomad: A Hanako Tale Hanako's search for her own personal paradise, ten years after KS.

Around The World, Always Honorable

Wow guys, I didn't expect to see so many replies and new haikus, it really made my day. Thanks!

@crushinator
That really made me lol, I think it is genious; captures Kenji's spirit so well!
@lolawesome
I actually prefer your first version of Rin's haiku and I really like it. I think that Rin is much more likely to say "I want to paint them" than "to paint them is life" Even though she can be very philosophical there is a naive simplicity to her appreciation of the world that is really nicely reflected by your first haiku. That's what I don't like about mine - was a bit too pretentious which is not like Rin.
@Ascended Flutist
That's a good one, and sad. I think all haikus about Hanako are bound to be sad

It would be a challenge to write a happy one, we should try it, although I still haven't played through her route.
@Beoran and Total Destruction
Thanks for the correction - I don't know how I missed this! Another potential fix is:
Nothing to hold me back,
Now that I've reached the sky.
Will you be my sun?
It does turn it into a 6-6-5 haiku, but this is acceptable in Western haikus. I prefer this fix for the following reason (mostly because it doesn't change the meaning):
"Nothing holds me back" implies that there is nothing that currently holds her back and hence doesn't preclude the option of something eventually holding her back. "Nothing to hold me back", on the other hand, implies that there is nothing in the world that could potentially hold her back now or later. I am delving too deep in semantics but I love that stuff!

@atw_ah
I absolutely love Akira's one, it describes her sooo welll! Iwanako's is a bit too tragic, after all he didn't lose his life!

Again, thank you guys and keep them coming! I will write a few more when I have time.
King of a hundred horsemen.
Top 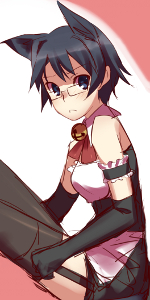 Kielox wrote:<snip>Iwanako's is a bit too tragic, after all he didn't lose his life!

If you think about it, Hisao kind of lost 2 lives: his normal, everyday, I'm-a-regular-guy-with-no-heart-problems life and his potential life with Iwanako.
Shizune > Emi = Hanako > Lilly > Rin
Top

Kielox wrote:Wow guys, I didn't expect to see so many replies and new haikus, it really made my day. Thanks!

@crushinator
That really made me lol, I think it is genious; captures Kenji's spirit so well!

Thanks. I also agree with your thoughts on lolawesome's Rin Haiku. After all, one of her troubles is wanting to communicate through her art. I don't think it's her "life" though.

I'll have a quick stab at another one.

Lying on the roof.
A comfortable silence.
Underneath the Sky.
Top
Post Reply
51 posts