I think it more likely whomever was once her beau simply couldn't deal with her narcolepsy. I can imagine it being strenuous for an impatient man to constantly pick his girlfriends/lover/wife off the floor and wait for her to awaken. Hisao doesn't seem to have that problem, especially after the hallway scene - he sat out with her for half an hour, peacefully.

Or, perhaps he succumbed to whatever condition plagued him - perhaps even intentionally. It's a nasty recurring theme in KS, but I imagine the suicide rate for people afflicted with life-threatening illnesses is probably high. The emotional strain of knowing you're one step from death would mess with you in ways you might not even acknowledge.

Death, in her dream, seems to be a phantom of the man she was with before - and his words make it sound like whatever happened was beyond Suzu's control; but she blames herself anyway. That sounds like he may have committed suicide and she thinks she could have done something - a really common affliction. Left behind, she blames herself for not seeing it - or her condition for preventing her.

She may harbor the same kind of fear about Hisao.

Of course, this is speculation again.

Scissorlips is the only one who knows the mind of Suzu in this tale, and he's slow to be forthcoming. To that, I say continue the torture. It makes your story more powerful to have an internal struggle even the character whose mind you're following avoids. Deluding herself, or hiding from the pain, it's a very human reaction.

This whole thing is an erratic page-turner.

Virgo wrote:Going to go ahead and call it, snoozu's narcolepsy accidently killed her first boyfran somehow, and that's why death's screwing with her, preventing her from moving on.


Eh, that doesn't explain why she waited for him but he never showed up. She says she can't sleep at her house and I want to say he died there and her family know all about that but I'm sure that's wrong because she wants Hisao with ur when she goes home. Ok I'm not ...ah, scissorlips is too good being vague
Top 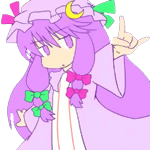 THAT, we can all agree on

I just read this whole thing. In one sitting.

Hanabro to the end.
Top 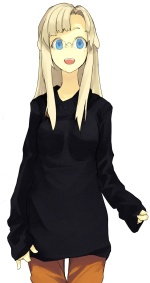 Scissorlips wrote:Somewhere outside, a very confused bird is chirping, I wish it bodily harm.

I know this feeling. I know it far too well.

Speculation? In my thread? Doushio. It's always really interesting to see the different ideas and interpretations that come from people having different viewpoints. It's a shame that I'll have to actually start answering questions soon. Thank you very much for reading and even more so for taking the time to respond, everyone.


Doomish wrote:I don't think I'm ever going to get enough of this story, even once it finishes. It is so good.

"Shut the fuck up, Death, seriously."

Ahaha, great as always, thanks Doomish. I wish I could "scribble" like you.


Ascended Flutist wrote:"I give to you the destiny of Faith,
And you will bring its message to every planet of every star in the heavens:
Comment as you read, for it makes writers happy."
- The Scriptures, Book of Commenting 22:13

It really is quite helpful, thank you. "Death" being a fan of Van Gogh and art makes an interesting parallel to Suzu and her fondness for literature, so thank you for inspiring that.

I feel Death gently nodding behind me.

And then I wake up.

Are you guys confused about Death being sympathetic, or about her confession? I tried to make it evident with later text, but hopefully this will clear things up a little (well, for the second one anyway):

“When beggars die there are no comets seen. The heavens themselves blaze forth the death of princes.”

I open my eyes, and a comet flashes across the sky above me.

“Not too many days left, Suki. And don't you know it's dangerous for you to run?” He says.

Another burning flash across the dark expanse, then another, and another. Soon the sky is filled with them.

I hope that helps make things a little clearer, I prefer not to just say "tldr;" because I'd still like people to come to conclusions on their own if possible, not just because ideas not being clear within the text is a personal failing on my part, but also because it's more fun that way.

You're gonna spoil us giving out goodies like that.

Maybe so, but in terms of sheer word count, both of these chapters together were still around the size of "Finally Moving", at about 10k words. The end of Act 2 still holds the record though, coming at just under 14k. With this update, it just fit the flow of the story better to break it into two parts, the chapters in general have still increased in length and scope since the beginning of the story. I probably... no, I definitely didn't know what I was getting into, heh.

Mirage_GSM wrote:And there go another few hours of my time. I consider them well spent, but smaller bits would be easier to chew. A few nitpicks:


“Welcome to half an hour ago.”

Shouldn't that be "Welcome to half an hour into the future!" or something like that?


Hisao looks like he doesn't quite know what to say at the offhand mention of Miki's... off hand. Urgh.

Unlike other stories this one has a few too many linebreaks. Like here:

“It can make a man run all the way to the ends of the earth, just to escape it.” His voice is still that grating, unearthly howl, but it seems to lose its sharpness with every word that passes.
...

The passage goes on for a while, and it's death talking the whole time. One or two would be okay, I think, when he changes the subject, but four seems a bit much.

When the SMS scene started, I was sceptical. This didn't seem like the conversation one would have via SMS. It worked amazingly well, though.

I can understand what you mean. By smaller bits, would you prefer small chapters in general, or more concise scenes with clearer distinctions between them? A concern of mine is this thing simply getting too massive and causing the plot to drag because of it, so I'll try to be mindful of that. As for the "welcome to half an hour ago" thing, I see what you're getting at, but it was more of a reference to the fact that as she's waking up, she's continuing a conversation that actually ended half an hour ago, she just doesn't know it yet. I agree with you about that bit of dialogue for Death and will be fixing it soon, it wasn't quite as visible when I was writing it because with longer pieces like this I usually write single spaced to begin with and double space them before uploading.


DelusionsOfGrandeur wrote:Suzu's indecisiveness about her future hit a little close to home, and the way you handle it seemed genuine.It took me 10 YEARS after high school to finally decide what I want to do haha.
Little Snoozu has grown on me something fierce, keep up the outstanding work.

I'm really glad that there are parts of this story that can resonate with people, I thought that was one of KS's greatest strengths is that it often used pretty universal personal conflicts that a lot of people find themselves facing. Although Suzu is already cute as hell to begin with, it's still great to hear that her character is believable and endearing, so thanks!

I just read this whole thing. In one sitting.

Thank you for deciding to check it out, and I'm glad you're enjoying it so far. (:

Scissorlips wrote:Somewhere outside, a very confused bird is chirping, I wish it bodily harm.

I know this feeling. I know it far too well.

I can legitimately say that my sleep schedule has been shot to hell since starting this story (I've also been taking more naps lately, strange), so yes, I know this feeling very well and it's not a good one at all, haha. I'm glad that you enjoyed it.
Thank you again everyone for reading and for taking the time to share your thoughts, your feedback is what helps me improve as a writer and it's half the fun of writing this story to begin with.
My pastebin.
I'm a writer for a visual novel project called Familiarity, where I go by the name Lunch.
Top

Scissorlips wrote: I can legitimately say that my sleep schedule has been shot to hell since starting this story (I've also been taking more naps lately, strange)

Scizlipz, this story makes me feel like a real woman.
... Danger.
Top 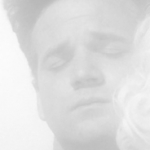 Man, whenever I start losing motivation to write, I come back and read this story, then find myself inspired again. Great work.
Top

No one say other. If you do I will Bitch slap you.

Another special fan art delivery for my favorite non-lesbian pair of girls! Get it while it's... stumpy!
Top

Doomish wrote:Another special fan art delivery for my favorite non-lesbian pair of girls! Get it while it's... stumpy!

For some reason, I hear this song in my head looking at that image.

Scissorlips wrote: I hope that helps make things a little clearer, I prefer not to just say "tldr;" because I'd still like people to come to conclusions on their own if possible, not just because ideas not being clear within the text is a personal failing on my part, but also because it's more fun that way.

It makes it slightly clearer. Maybe it's just my mind at 9 AM, but I'm still a bit confused. Is it basically implying she's going to die before graduation or something of that sort?
I write things occasionally.

Even if it is, it's just a dream. She's not prescient or anything.
Emi > Misha > Hanako > Lilly > Rin > Shizune

YourFavAnon wrote:It makes it slightly clearer. Maybe it's just my mind at 9 AM, but I'm still a bit confused. Is it basically implying she's going to die before graduation or something of that sort?

It looks like she believes that. It's not like Death knows anything that she doesn't. The question is if there's some specific, not irrational reason she believes that (like a medical condition not mentioned so far), or if it's just general dread and fear of the future. That's what I thought, anyway.