Okay damn it, that Kenji addition really made my negafeels go to eleven. I'll never get any sleep now.

"A very small degree of hope is sufficient to cause the birth of love." -Stendhal
The verdict is (finally) in:
Hanako > Rin > Emi > Lilly = Shizune

Goddamnit Fluff, you've gone and given me the sads. I need to remedy this, ASAP. There, that's better. Down to business. There's a few mistakes in your writing, which I'll point out in quotes at the end. I liked the use of each characters perspective as a short sub-chapter so to speak. It doesn't blather on too much about crap, it's short, to the point, and doesn't waste words. That format really helps to drive the point home. Great story, well done.

FluffandCrunch - Emi wrote:She isn't looking forward to it as much as she used to. one 'o' in 'to'.

In addition, there's also a number of instances in which you switch from using pronouns such as "she" and "her", then suddenly use "I". Pick one and stick to it.
Cheers, BlackWaltz.
BlackWaltz's One-stop Oneshot Shop - my fanfiction portal topic. Contains links to all my previous works, plus starting now any new ones I may produce (or reproduce)! Please, check it out!

I chalked it up to that Mutou would be the kind of dude that would demand he be allowed to do it.
Top

Otakumon wrote:Good story, but why is Mutuo beating himself up about calling Hisao's parents? That's the principal's job.

Here in Gemany a call like that would be the job of the police. No idea how they handle it in Japan, though.
Emi > Misha > Hanako > Lilly > Rin > Shizune

... Oh God, those bad feels. They're rushing back!

Seriously, another good one shot Fluff. Melancholy/grim work seems to be your cup of tea, and for what it's worth, it looks to me like you're pretty damn good at brewing it.
Current Story:
Doctor Mut-Who
Top 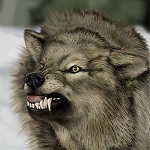 She was too busy running to realize that he was falling behind. She should have noticed the way he gave up on the track. He looked so upset he that couldn't do it and he never tried again.

Did you mean that he?
Streak as in streaking by at the speed of light.
Not the naked kind of streak...
That would just be odd >.>
Top

Otakumon wrote:Good story, but why is Mutuo beating himself up about calling Hisao's parents? That's the principal's job.

Schools like this (I've attended schools for the disabled, seeing as I've got a few conditions I could list) don't have principals. They've got directors, and in situations when a student does die (and only one did in my time), the teacher who was closest to him did take the opportunity to speak with his parents instead of the director, who is usually a friend to everyone.

She was too busy running to realize that he was falling behind. She should have noticed the way he gave up on the track. He looked so upset he that couldn't do it and he never tried again.

Did you mean that he?

Good lord, lay off the guy! It's a simple spelling error that I'm sure people will read over.
Top

God. That was sad. Especially that bit with Kenji. I'm actually crying.
Top

Thank you all for the comments and stuff, guys, it means a lot to me.
As for the spelling, as I posted, I did not go over this with a fine tooth comb like I usually do. I wanted to see what I could write in as short a time possible and got a little eager to see how it turned out. I actually didn't think it was all that good at first.
For the grammar faux paus and misspells, I'm grateful everyone points them out and does so in a friendly way.
I can get pretty depressed from something as simple as a spelling mistake.
My Writing Pastebin; https://pastebin.com/u/FluffandCrunch
Reddit: https://www.reddit.com/user/FluffandCrunch/
Top

That was very good. It took me until Rin's bit to realize you finished each part with a regret related to their individual phrases.
I found out about Katawa Shoujo through the forums of Misfile. There, I am the editor of Misfiled Dreams.

Also, you captured survivor's guilt excellently. You always wonder what could have happened had you just reached out or done one little thing differently. It sucks hardcore.
"I don’t want to be here anymore, I know there’s nothing left worth staying for.
Your paradise is something I’ve endured
See I don’t think I can fight this anymore, I’m listening with one foot out the door
And something has to die to be reborn-I don’t want to be here anymore"
Top
Post Reply
27 posts