I look up from my computer to find Nomiya walking into my office. There are dark bags under his eyes, and a shattered look on his broad, lined face. It's an expression I haven't seen in years.

"She's done," he says, in a voice haunted by an inexpressable anger, now tinged with sadness and regret. "She's not coming back. After all we did for her. . . after all this. . ." He gestures out my open office door to the small exhibit still hanging up on the flat white walls of my gallery, "She's done." He slumps down into the chair across from me, haggard and worn. "That ungrateful little bitch. . . this is how she repays us. This is how she pays back everything we've done for her. . ."

I close my day planner, stand up, and get us each a cup of tea. Nomiya accepts it gratefully, cradling the styrofoam cup in his big, broad hands as if it were a baby bird. "We had such a good chance, too," he whispers. "They were loving her. She sold a piece, even. That doesn't. . . when did you ever see something like that? Someone so young, all that talent. . . gone to waste. . ."

He takes off his glasses and rubs the bridge of his nose wearily. "We had such a good chance," he repeats.

"There will be other chances," I say calmly. "Like you said, she's still young. Give it some time."

Those last few words fall into the air between us with all the force of a hammer blow.

"This isn't about Tezuka." It's not a question.

His hands squeeze hard around his empty styrofoam cup, crushing it.

"Come up to the atelier," I say softly.

I take him by the hand and help him out of his chair. He doesn't protest again. We walk out of my office and up the rickety old stairs, to the small attic room with the skylight.

It hasn't changed much. Tezuka moved some things around, but it's still the same, cozy little room that we fell in love with all those years ago. Nomiya rests his hand on the back of the old, beat-up sofa that we'd pooled our money together to buy, back when we were three kids with a dream and our whole lives ahead of us. He runs his hand along the cracked leather, tracing the edge of a bad tear along one armrest before sitting down and resting his hands on his knees.

I see him as he is now: a fat, tired, middle-aged man with a care-worn face and hard hands. I see him as he was then: young, excited, ready to take the art world by storm. "We can do this together, all three of us," he says. "I can be Theo to your Vincent. I'll get a job teaching art. Sae will take care of the business end. All you need to do is paint."

I see him as an exhausted young teacher, coming home from a long day teaching high schoolers about composition and form, after long hours spent in private lessons for one rich kid or another, taking the stairs to the atelier two at a time to see what my husband had done that day. I see the two of them sitting together on this same couch, holding a glass of whiskey each, arguing amiably over that day's work, discussing the latest developments, the newest inspirations. I see a young man so in love with his friend's talent that he has sacrificed his own just to see it bloom.

I see the whiskey glass turn into a bottle, then into several empty ones. I see my husband grow haggard with time, haunted by some demon no amount of paint or canvas can exorcise. I see days when my husband loses himself in the bottle, days when no brush gets put to canvas, days that stretch to weeks, then months.

I see the two of them screaming at each other. I see Nomiya calling his dearest friend a useless drunk. "What you're doing is a crime! It's a crime against art! You are murdering your own future!"

I see him storm out of the atelier with murderous rage in his eyes, and I know he will never return.

I see his words dissolve into wordless sobbing as he slumps down on the front steps, his hands on his knees, shoulders bowed with the weight of the world.

Just as he is sitting now: a tired, old man chasing the dreams of his past, seeking redemption for his sins in the promise of tomorrow.

"He burned his paintings," Nomiya says, at last. "In the end. Before he died. Why did he do that? He could have left us something. . . something to remember him by. Some. . . legacy. Something to show the world what he was."

He looks up through the skylight and into the endless blue.

"We had such a good chance."

-----
Author's Note: I don't recall if Sae's husband had a name, or if Nomiya's first name was ever mentioned, so I've bypassed the issue as much as possible.

My goal for this story was to take a character I found completely unsympathetic and see if I could make him sympathetic. Let me know how I did.
Last edited by themocaw on Fri Jan 20, 2012 4:34 pm, edited 1 time in total.
Top

A very well-done piece. I was kind of curious about what became of Nomiya as well, and this seems quite plausible and true to the characters.

It's good to see a different approach to the situation for once. Everyone just writes Nomiya off as the world's biggest asshole, but is it fair towards a tired man with broken hopes and dreams?
Last edited by Evvinartopski on Tue Jun 11, 2013 10:26 am, edited 1 time in total.
Top

Very well written!
I hope to see more by you in the future.

I never thought Nomiya was an asshole. He is well-meaning but misguided. And he lacks empathy, but Rin is quite hard to figure out, so maybe it shouldn't be held against him too much.
His first name is Shinichi by the way.
Emi > Misha > Hanako > Lilly > Rin > Shizune

Surely he can't be higher than second biggest.

Jigoro
I found out about Katawa Shoujo through the forums of Misfile. There, I am the editor of Misfiled Dreams.

Surely he can't be higher than second biggest.

Not counting our beloved fashion expert, of course~
Last edited by Evvinartopski on Tue Jun 11, 2013 10:21 am, edited 1 time in total.
Top

Nicely done, and I enjoyed it. This deserves more applauses.
Top 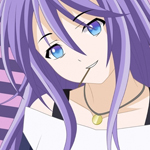 themocaw wrote:Author's Note: I don't recall if Sae's husband had a name, or if Nomiya's first name was ever mentioned, so I've bypassed the issue as much as possible.

Nope, neither of them were mentioned at any time during Rin's arc.

That prize goes to Jigoro.

@OP: Pretty decent fanfic, although I did find it a little confusing at first, I had to start over once or twice before I finally realized who's perspective the story is being told from, and what was even going on. But maybe I'm just slow today.
Completion: 100%

Acerus wrote:Nope, neither of them were mentioned at any time during Rin's arc.

Mirage_GSM wrote:I never thought Nomiya was an asshole. He is well-meaning but misguided. And he lacks empathy, but Rin is quite hard to figure out, so maybe it shouldn't be held against him too much.
His first name is Shinichi by the way.

This. I never hated him, quite the opposite, while his explosion of rage was excessive I still felt sorry for him - the consequences of Rin's decision were as hard for him as they were for herself. My optimist side sees a future where, also thanks to Sae's intervention, the bad blood he now has with Rin will subside - who knows, once peace is made Rin may accept that scholarship in Tokyo but with a different, more positive mindset (no more "destroying myself") and better understanding of her personality and needs from Nomiya.
Top

Acerus wrote:Nope, neither of them were mentioned at any time during Rin's arc.

Wrong. Sae calls Nomiya by his first name several times. (As I mentioned above...)

My bad, I must've missed that. It's strange though, I've played through Rin's story like 2 or 3 times now and I honestly hadn't noticed Sae calling Nomiya by his first name at all.
Completion: 100%