Who is the narrator?

As I listen to his heart return to its normal pace...

So it's not Shizune.

I know that it should be someone else, someone who needs his love more than I do.

Hanako is out as well.

The mood created made me think it is Lilly.
Top

Sperance wrote:I can’t contemplate upon his appearance, of course,

It's Lilly.
I found out about Katawa Shoujo through the forums of Misfile. There, I am the editor of Misfiled Dreams.

Sperance wrote:I can’t contemplate upon his appearance, of course,

Damn...I was totally convinced it was the Nurse.

Being deaf has its advantages...such as I don't have to run into a burning building because I can't hear the screams for help.
Top 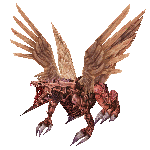 Wow, you're scary good at this

some of the best stuff I've read

"They probably think you're a furry, your signature screams it. If they don't they definitely think your a newfag..."

"Probably your best bet at this point..."
Top

Sperance wrote:Hopefully the next one will be done sooner. Hear that CG? I'll have work for you soon enough! *laughs*.

Haha, sorry about the delay. I am at least partially to blame for that. I am going to assume that "CG" is supposed to be me. At first I didn't catch that. Hehe.
In any case, I'm looking forward to the next one.

Great piece here ^_^
"ice-cream-flavoured ice-cream" -Rin
"oh moe is me" -me
Numbered Days, my first piece of fanfic
Leotrak's Library, my other depository of written stuffs
Before: Hanako>/=Emi>Rin>Lilly>Shizune
After: Emi>Rin>Hanako>Lilly>>>>>>>>>>>Shizune
Top

Here's another one! The next one may take a while before it's up but making one with Iwanako is hard

With an angry motion, Shicchan moves her horse, takes Hicchan’s bishop and crosses her arms, glaring at him. Hicchan’s expression doesn’t falter; his small smile refuses to waver. I know I’m not very good at reading people, but he looks quite smug. Which makes no sense seeing as he’s losing.

Or maybe she’s angry because Hicchan isn’t playing aggressively, merely reacting to her moves. Shicchan hates it when Hicchan does that. Something about wasting his potential, she said. Shicchan likes Hicchan a lot, but she hates it when he just rolls with the punches because she says she’ll never, ever be interested in someone who just doesn’t fight back, but she’s always interested in Hicchan, so he must always fight back. It’s complicated.

Hicchan makes his move after a few minutes have passed and he’s still smiling. In contrast, Shicchan moves pieces almost immediately. I can tell she’s growing impatient and frustrated with Hicchan’s slow moves and perpetual smile.

“You better start attacking or I’ll crush you. Again.”

That’s what Shicchan signs, and I say it out loud, even though Hicchan can now understand her. He’s still pretty new, so it’s better to make sure the message is delivered.

He says nothing and continues to smile, moving another piece veeeeery slowly. I think he’s doing it on purpose. He once told me that he liked Shicchan’s face when she’s angry. He said it’s very cute. I agreed, but I didn’t tell Shicchan that. Hicchan said it was a secret.

Shicchan moves again, taking one of Hicchan’s towers. For the first time in the whole game, Hicchan moves without hesitation. He moved his remaining bishop while Shicchan’s hand was still hovering over the board. After he moves, he lays back, stretches, and he puts his hands on the back of his head. I’m sure now, he definitely looks smug. And very satisfied. He signs slowly.

“You sometimes have to get punched before you can hit back harder, Shizune. Check.”

Shicchan frowns and goes to move a piece, but her hand freezes. Scowling she moves for another. And then another. With each hand movement, Hicchan looks more and more satisfied. I suddenly realize. Shicchan can’t move a single piece. Hicchan said check, but he lied. He only wanted Shicchan to try and move her pieces. He told me once that, along with her angry face, he just loves the face Shicchan makes in these situations.

I remember that we always underestimate Hicchan. He’s a lot smarter than he looks, but we usually forget that because he’s happy letting us do whatever we want. I (and sometimes Shicchan) always forget he can actually beat Shicchan when he puts his mind on it.

He repeats the signs and his smile is enormous now. He must be enjoying this immensely. Shicchan’s face conveys a strange mix of emotions. She looks angry, surprised and maybe a little satisfied.

Shicchan raises her hands slightly and begins to move them, her face so very red. She’s very embarrassed, even more so because Hicchan looks very, very happy with her reaction.

As Hicchan’s smile grows and Shicchan squirms in her seat because of his thoroughly amused face, I remember every time Hicchan’s beaten her. Tonight I’ll hear strange growls and moans coming from Shicchan’s room, because Shicchan likes Hicchan a lot, but she likes him the most when he’s smart and combative and victorious and she likes to use that image. I can’t help myself.

First of all, I know most of the named pieces are wrong. I did it to show that Misha doesn't really know much about chess, thus naming the pieces for their appearance. Also, yes. I think Shizune is the kind to get off on 'victory Hisao'. As always, thanks a lot to ChaoticGrowth for proofreading this and to whoever read it!
Little Pieces
Top

A very nice little story. I can totally see Shizune getting off from Hisao winning a game against her.

There are some minor things I would correct, but it mostly depends on whether or not Misha would use proper grammar. The lie/lay difference messes up a lot of people, so even if she wrote well, that would be an easy mistake.

One change I definitely would make: Move the last sentence of the second to last paragraph to the beginning of Misha's laugh. Otherwise 'I can't help myself' seems too connected to Shizune's nighttime activity…
I found out about Katawa Shoujo through the forums of Misfile. There, I am the editor of Misfiled Dreams.

Agreeing on griffon's last comment, though >_>
"ice-cream-flavoured ice-cream" -Rin
"oh moe is me" -me
Numbered Days, my first piece of fanfic
Leotrak's Library, my other depository of written stuffs
Before: Hanako>/=Emi>Rin>Lilly>Shizune
After: Emi>Rin>Hanako>Lilly>>>>>>>>>>>Shizune
Top

griffon8 wrote:A very nice little story. I can totally see Shizune getting off from Hisao winning a game against her.

Also, your writing's much improved.
Top

The Rin pieces are fun, and the Hanako / Lily ones well written. Shizune's is more "standard" to me (could have been shorter to get to the same point?), but using Misha's point of view was a nice touch.
I was going to argue on the finer points of Rin characterisation, but I realized this was written with only Act 1 released - Rin's character was still very open for guesses at that time...
99% completion.
Mind-worm meter: Rin>>Emi>Lily>Hanako>>Shizune
Fanfic: The lamb and the fox
Top

Great set of short stories. I know this topic is kind of old, but I was just skimming for fanfics I haven't read yet.