To Miss the Mark - An OC Pseudo-Route (Hitomi)

Xeraeo wrote: ↑
Tue Oct 13, 2020 5:23 pm
Lilly's fundamental character flaw as revealed in her route is her fear of confrontation. It's not that she never does it, but she's by nature a very peacekeeping individual, which is part of what puts her at odds with Shizune so often. I don't see it in Lilly's character to "call out" Hisao on this, at least not openly. We'll see how that plays out.

Oh, shoot. You totally got me there. I didn't think about that at all. Lilly didn't even get very confrontational in her route, when she and Hisao were the closest. So why would she got confrontation now, when she and Hisao aren't much more than acquaintances? I don't see a reason for it, so it looks like I'll have to retract that prediction! I suppose that I still believe that Lilly would feel some silent disappointment in Hisao's direction, but it probably won't grow to anything more than that...

Chatty Wheeler wrote: ↑
Sun Oct 11, 2020 1:23 pm
There's no way the students, the faculty, and even Hitomi's parents are going to just sit back after something like that happens.

The students who know, possibly. Few do, and it's not exactly YA policy to announce to the student body what's happening medically with others students. Besides, Hitomi has almost no connections that we know of with other students besides Hisao.

The faculty, of course, but what exactly they do will largely be between them and Hitomi. How much of that we see will be dependent on what she shares with Hisao.

And as for Hitomi's parents... well, we know next to nothing about them right now.

Right! I should have been more clear. When I said "students," I really just meant Shizune, Lilly, and maaaybe Misha. I recall that Shizune gets informed whenever a student is absent due to medical reasons, and Hisao already said that he was going to tell Lilly. And when I said "Hitomi's parents"... that didn't really mean anything—I just needed something to be the third item in the list. It sounded cool when writing it.

In my mind, both Hitomi and Hisao were feeling something similar regarding their mutual avoidance...

I think they both feel a bit childish for what happened, and just want to move on from it in light of her accident. That's why they quickly change topics after addressing it just barely, instead of having long, dramatic apologies. So yeah, they instantly forgave each other because both of them felt more at fault themselves than upset with the other person.

Hehe, I wasn't expecting you to go into such detail about this topic, but I appreciate you sharing your side of the story regardless! Admittedly, when I talked about the forgiveness being "implied" rather than "stated," I sort of had the same idea that you had about what that meant—that the two of them were too embarrassed and self-blaming to have such a long, dramatic apology. I wasn't really confident in my assertion, however, so I didn't bring it up.

Now that I know that this is what you were intending, I can see how this behavior from them both is grounded in some realism—and I like that. I guess, from an objective reader's standpoint, your reasoning is solid and hard to argue against. However, from a subjective reader's standpoint, it's still a little unsatisfying. And that's really the hard part about analyzing fiction like this—separating me as an objective analyst from me as a subjective reader. It's a hard act to balance, both when reading and writing. And everyone has their different preferences for how that "balance" should be. If you lean too much into subjectiveness, you get melodrama. If you lean too much into objectiveness, you get a dry lecture about an arrhythmic boy and a blind girl. There's a "balance" in the middle of those extremes, somewhere, but not everyone will agree where that balance is.

I'm actually a little surprised that I let myself get carried away with subjective analysis in this case, because usually I lean heavily into objective analysis. My favorite anime film is called Liz in the Blue Bird. It's the movie that I consider to be as close to "objectively perfect" as anything could possibly get. Before I wrote my review of Developments, I wrote an even larger outline for an essay about Liz and the Blue Bird. Basically, I pointed out, in a very objective manner, how all the artistic and narrative choices in the movie made it my favorite. However, despite the objective brilliance that I see in the movie, I still find numerous negative online user reviews that call the movie "boring," "weird," "confusing" and "unsatisfying." See? There's that word, again: "unsatisfying."

I suppose that I'm writing all of this to say that hitting that right "balance" is tough. It's impossible to hit it for everyone. Impossible. You can't please everyone. I do my best to see it both ways, but I'm only human. Even if I see Liz and the Blue Bird as nearly "objectively perfect," someone else might watch it and call it "subjectively awful."

So there won't be any way to reach that perfect balance entirely, but you can certainly try. That brings me back to you, Xeraeo. You certainly have been trying. I'd argue that you've been doing a stellar job balancing these two sides. TMtM hasn't bored me to tears with static "lecture-dialogue" and it hasn't drowned me in the tears of pointless melodrama. You have a very solid balance—a balance that nearly lines up with my balance. Despite this, our balances won't always line up—like it did in this selective instance—and that's a-okay.

Good grief. How does this keep happening? I didn't mean to write five paragraphs.

Take your time! We'll all be happy to wait in the meantime.

Thanks for such a detailed response! Take care, everyone.

Edit: Fun fact. My profile picture is a frame from Liz and the Blue Bird.
Top

I have to say, that's some really high quality stuff. One of my favorites readings currently. It does has flaws, like everything, but besides that fact, it's a very enjoyable story. I'm really amaze about how you achieve to keep a high quality writing with such a quick pace. This is my first ime commenting the story, I guess, but since the beginning, I'm enjoying it.
I will continue to follow this story with great interest, and bravo.
Lilly = Akira > Miki = Hanako > Emi > Rin > Shizune 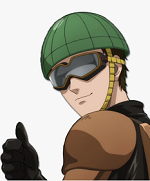 Thanks, Razor! Glad to hear you're enjoying it.
Girls: Emi=Hanako=Lilly>Shizune=Rin
Routes: Lilly=Emi>Hanako>Rin>Shizune

Finally got around to catching up. Really, there isn't much left for me to say, given that analyses of your chapters end up being longer than some of the actual fanfics on this forum

I guess if there are any particular criticisms I'd want to echo it comes down to two: That we should have gotten the chance to get to know Molly a little better before that main conflict reached its head, and that the reunion scene in the hospital felt abruptly short. Overall though, I really liked it as usual. If you're worried about Hisao's brooding being a bit much, I'll say that it never felt that way to me. He feels like the ideal perspective with which to depict this story, and the new details you're adding such as his cell phone and his musings about what qualities attracted him to Iwanako in the first place feel natural. Your OCs are great as usual for the most part.

I'm looking forward to seeing where the many plot threads you've set up for yourself go. As someone who's been kicking around the idea of writing something on here myself and will probably end up using the same brazen approach to writing, you've been pretty inspiring. Maybe if I'm lucky, I'll get even a fraction of the feedback from readers when the time comes

I go by Snowman in most places now (SnowmanSSB if I have to sometimes). If you run into me somewhere in the internet feel free to say hi!
Top
Post Reply
79 posts