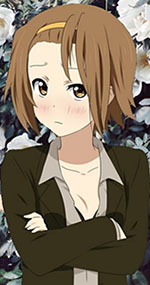 Thank you for dropping by and bumping up SD, you two! Now, to address the issues while Scene 7 is currently undergoing proofreading...


You have a very different take on Hisao. In the game he felt more depressed and bitter, but here he seems just straight up pissed off at the world. It's not a bad take, it just feels off from the Hisao we know. I suppose we can chalk that up to him actually having a friend that stuck around and "rubbing it in" rather than him just being left to his own devises to sulk like in the game. Either way, it does have the effect of making him come across as less likable.

You caught me at just before Scene 7, which is where he should appear more similar, if just as awkward, to canon!Hisao. At least, I believe it is. My friend who's doing content proofreading for that chapter is not particularly done yet, and he's having real life issues so I'm not going to press it. Sorry for the late upload though, but I'm not one to make people do things when its not out of their own volition.

And no, I'm not changing the plotline for the sake of keeping in line with the canon. It is just by coincidence that you stated your comment on this issue just before the scene where he would seem a lot less hateful and more wanting to seize control of his life again, albeit with difficulty. At least, that's the impression I'm hoping to achieve; I might be mistaken again, which is ... understandable to be honest, hahaha. I get things wrong often, and any criticism is highly appreciated, since they're ways for me to perfect myself and fix things.


(Adding playing guitar to his hobbies seems like a cheap way to get him involved with the story faster.)

Ah, this is wholly on me, hahaha. Whenever I read stuff about Hisao, I always felt like, "Dude, don't you have any sort of passion for anything, at all? Any sort of history? Like, fuck man, you're boring." I know, he has interest in physics, but ... that's it? He doesn't strike me as an academic, so that interest kinda got downplayed a lot. So I added a bit more to his background, just like how I added more to his friendships before the whole heart attack ruined it all. Yes, I know, in the gaming perspective, the fact he's a blank slate helps with the audience insert so they can feel more in line with Hisao and his actions, but I must admit, it always irked me a bit. Also, him playing the guitar doesn't really interrupt with the other canon routes in the game, so I bet its a non-harmful addition - like how he always end up in KS, he moves on from his past life. That could mean him giving up the guitar and look for other things.

And that, is one of the themes of SD. You'll see what I mean.


The amount of OCs trew me for a loop, but we have Rika ans Saki to feel more familiar and expand the setting.

Oh those names? Itsuki, Minami, Jun? Yeah, they merely serve as background characters and would probably repeat in the background whenever Hisao drops by the music hall and SD!Saki and SD!Rika gets involved, but they don't serve a direct role in the story itself. I use them to expand the world, so that the school doesn't feel empty, and also to demonstrate SD!Saki's and SD!Rika's outgoing and active personalities - being in leadership means you gotta be knowing a lot of people, y'know. And with the hectic mess that is the festival preparation, its inevitable that some background characters are referred to since these two manage everything the music club is doing.

In fact, I'm adding a new character to the Shizune/Misha soon. But that's a while later, like in the latter half of Act 1. But no, I'm not gonna do a Fragments and add, say, Ikuno, to the Student Council or anything. More like an admirer of Shizune's work ethics but had no penchant for politics so she tend to her own domain at Shizune's behest.

The fact that KS doesn't reference anything that isn't exactly directly involved with its storyline always irked me a bit. Like, for example, we know Emi is this friendly, outgoing girl, so she gotta have a lot of friends, right? Even if they're not really close friends (yes, I'm aware she pushes people away when they try to get too close, but hey, some people are fine with that and definitely good with just remaining friends), but friends nonetheless. Yet we don't see any other name in her route other than Rin, her mom, Misha and Shizune. Where are they? Why does the school feel so ... empty? 200 people is still a lot - not really a lot, but its considerable. And their inclusion could also demonstrate Emi!Hisao's character development; we know he grows to be more active and outgoing in her route, so its pretty easy to imagine him contacting Emi's friends. Heck, it could've been an opportunity to introduce Miki too, since she's in the track team alongside Emi. And yet we don't. And the school feels so empty as the result.

All in all, thanks for reading Switching Dynamics and sticking with me so far! I'll do my best strive for the upper echelons of the Renai, and with me writing this being the only barrier between me and sliding back into the abyss, I'm not gonna give up until it's done. The only question is time. So, bear with me; I got a lot planned. Still though, thanks a lot for dropping by!
"They say, the best way to improve yourself is to believe in who you are. You are but a blip in the lives of many you pass by, so why worry? Be yourself - life is too short to worry about the minor altercations here and there.

"So, get out there. Break the chains that holds you back - and embrace the freedom ahead of you." - me
Top
Post Reply
16 posts