Narcolepsy is a bitch

It's a thought that flies through Suzu's mind on a semi-regular basis, especially at 3:27 in the morning. Granted, nobody can really be in full control of when and how they sleep... But poor Suzu can't even predict it like the others can. She lies on top of her duvet, quietly cursing at the ceiling. She's so tired, but try as she might she simply cannot fall to sleep. Insomnia; the lesser known sideaffect of Narcolepsy.

After a frustrated bout of duvet-kicking and toss-turning, she lies still. A quick glance to her clock confirms that it is, indeed, still 3:27am. Although now she lies silent, her ears pick up something. There's a noise coming from next door. A quiet, muffled sob. Suzu sits upright to listen properly. If she's not mistaken, it sounds like crying from Miki's room... The same Miki that rarely shows any emotion other than enthusiasm, humour and light-hearted sarcasm.

The narcoleptic stands up and quietly sneaks to the corridor, where the bright lights are kept on 24/7. Miki has been there for Suzu whenever she's had a bad night, it's only fair she do the same. It's not like she was going to get any sleep any time soon.

"Miki, are you okay?"
Suzu whispers through the door. As much as she wants to help, she can't just go about waking everyone else up. Miki doesn't answer.
"Don't pretend to be asleep, now. I'm here if you need me."

Miki's door opens slowly, and she drearily winces at the onslaught of the corridor's lights. Suzu can tell immediately, she has been crying.

"Hey..."
Suzu hesitates. She hasn't really thought this through.
"Want some company?"

"I... I didn't wake you, did I?"
Suzu laughs softly and slips under Miki's arm into her room. Miki closes the door.
"Oh sure, come on in."

Miki turns to see Suzu sat on her bed, waiting patiently.
"What's up, then?"

"Must have been at least somewhat bad, if you were..."

"It was a dream about my accident."
The revalation perks some interest in the teal-haired vixen.

The accident? The one that claimed her left arm? It's something that has never really been revealed... Whether or not this was intentional on Miki's part is another matter.

The silence is there between them. Suzu doesn't know anything about how she lost her arm, so she can't exactly imagine how bad Miki's nightmare was, let alone what happened to wake her up... At the same time, it's just not something you ask, you know? At Yamaku, the students open up when they're ready. As you can imagine, some students never do.

"Look, I've never told anyone this before..."
Miki looks down to what remains of her arm with a look of remorse.
"Just don't tell anyone... and please, please don't judge me, okay?"

Suzu nods. As much as her conscience is telling her to stop Miki and wait until she's sure about telling, curiosity prevails.

"It was a pretty cold night, and I'd had a bit to drink. Not enough to make me drunk, but apparently enough to affect my decisions."

Suzu pulls her legs up to the bed, listening intently; A strange mixture of the opportunity to support her friend in her time of need, and plain morbid curiosity.

"I was going to cross the road over Yamato Bridge, near my home. There was a night-bus coming and I thought I could make it across in time... Needless to say, I couldn't.

The bus hit me hard and threw me to the floor, breaking a few of my ribs. Unfortunately, however, I wasn't thrown out of the way of the bus... The driver had slammed on the brakes, but it was still moving at speed. The wheels weren't turning, but it was still skidding across the frosty tarmac.

It went over my arm. The static wheel grinded my arm into the tarmac. There was nothing left of it to be recognised, minus a few bloody fingers at the end..."

"That wasn't the worst bit though... In her attempt to avoid me, the bus driver had steered wildly to the right. She couldn't stop in time, and went over the edge of the bridge.

When the b-bus landed... She died on impact."

If I hadn't have done that stupid fucking move, she would have carried on driving that road, and lived. And I'd still have both my arms intact..! I fucking killed a woman. Was she a mother? I have no idea! A daughter, someone's wife! She was just as deserving of her life as anyone else..."

A new tear flows down Miki's face, but she forces herself to prevent any more. Suzu's silence says more than any word, but Miki continues.

"There was only one passenger on the bus and he didn't see anything, apparently he was asleep before it happened. He himself broke his leg in the accident. They blamed Motoki for driving irratically. They blamed the frosty floor for her demise. Not once did they look at me.

But I know it was my fault. I didn't say anything, because I didn't want my parents to find out I was out drinking, they would have killed me-"

She halts at her own misphrase. It makes her feel sick that she even said it.

"It's something I have had to live with for the last three years. I don't think I'll forgive myself."

Suzu says nothing. Miki daren't look to her reaction, and her inevitable response seems even scarier.
How can she be friends with a murderer? Why did she even tell Suzu, there's no way she'll ever look at her again...

Miki laughs lightly. There are some things that can't be helped.

"No, don't worry. That's all there was,"
The one-armed athlete smiles fondly and pulls her sleepy friend into a hug. Suzu spends the rest of the week apologising, but Miki couldn't be happier.
Sometimes, there are some things best kept to yourself.
Like stupid, silly doodles with no point? You've come to the right place, friend :^)
I also occasionally write oneshots. Why not have a skimread?
Miki fic? Miki fic!
---
"We are a small country full of the most stubborn bastards on the planet. You might want to rethink your actions." - Anon
Top 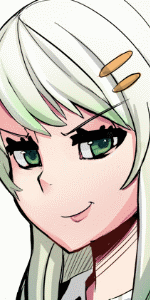 One Shots - My stories thread.
Top 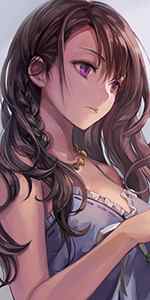 Aha, another connoisseur of Miki dream sequences. I like it. As other people have said it is very dark, which for me had extra effect because I never know if I should be prepared to laugh or cry with your work.

I'm going to echo Sharp's opinion on this, it was dark. But definitely a nice bit of writing. Good job, Munchy! 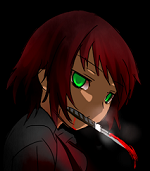 Very good. I was expecting a typically Munch work at first. This little bit of description in particular

set off "something very silly is going to follow" alarms in my head. Not quite sure why it had that connotation to me, but that's beside the point. That what followed, well, wasn't, made it hit me even harder. I'd say you did that on purpose, but that might be giving you too much credit. 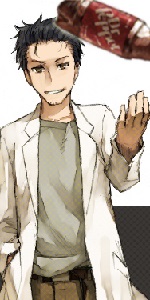 Yeah, it's not terribly fair to Munchenhausen, but I can't help but wait for the punchline, right up to the end. It's kind of like Jim Carrey trying serious roles in acting; he's not bad, but it's hard to see past his previous films and appreciate the plot for what it is.

Anyway, I liked it! You got right to the point, and didn't overstay your welcome. Brevity is the sole of wit. I found myself wondering why the bus driver was so easily scapegoated; given the circumstances, there's substantial evidence against Miki. I mean, if you get hit by a bus on the road, it's pretty obvious that you were standing in front of it, and therefore that you didn't notice that there was a bus. Still, given the skidding, Miki's initial position might not have been so clear-cut, and it's not like I have any experience investigating car accidents.

Blank Mage wrote: Also, since Summer's Clover happened, is Miki/Suzu canon? It certainly seems to be. Not that I'm going to argue, because I ship it.

I don't think so, not officially anyway - but its very popular headcanon. As much to do with the Suzu route as it is with Summer clover I think.
My Fanfics:

Like others have said, it was dark, but it was believably dark. It felt like something that could have actually happened, unlike a lot of 'dark” works that feel the need to just pile on things until they're unbelievable.
Not Dead Yet
Top

Because of the awesome and hilarious pictures you draw I was under the impression it would end a lot differently and be a complete pitch out of left field.I'm glad to see I was wrong, very well written too! It's always interesting to see how people think Miki lost her arm, I think this is one of the more plausible ones I read. Dark and rather morbid, but I think that's the way some things should be. Excellent work my friend!