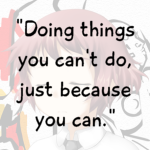 I wouldn't be surprised if others have done something similar, but I wanted to make a 16:9-friendly wallpaper from the Katawa Shoujo title screen, and ended up with a few variants.

First, I simply took an 800x600 shot of the final title screen, cut off the version information from the bottom right, and copied enough of the left side to make it 1067x600. A better job could probably be done, but at a glance the cut/paste points fit in naturally enough. From this I made stretched 1920x1080 versions. I wasn't sure which I liked best, so I kept both around. First, using simple bilinear filtering--so it looks most like what playing the game on my screen does. I also decided to do some that weren't stretched out, and instead involved more copy/pasting to give the background more blank space. First, really blank, as it is when the game is first started. And second with all the pictures included. While I'm here I might as well also share some Kindle "screensavers" I made. Since the Kindle has a 600x800 screen it works very well; it's just a matter of making the images grayscale, lowering the number of shades used, and rotating. This one isn't the title screen, but it's one of my favorite quotes.