You are Hisao Nakai, a snarky bishounen weaksauce with the power of the heart. It is up to you to put an end to Doctor Nurse and six of his trusted Cripple Masters within Yanmaku high. Are you man enough to save the school with your shitty pill buster, expensive insurance, and tiny penis?

The game is currently under development and will be released shortly after Katawa Shoujo Full Vers. Estimated at around this Nevermber.

You can buy Kenji some clothes for 200 credits

It took Misha 16 seconds to undo your life, your loved ones will not even remember to mourn you.
Alternate Pixel Mugshot: http://i859.photobucket.com/albums/ab15 ... ss_alt.png

DLC: Play as Kenjiman, he has less health and energy compared to Hisaoman and he's almost blind, but at least he doesn't get a fucking heart attack from a slight bump to the chest. His whiskey buster can be charged up to deal 3x damage, and he can deflect feminism with his scarf, trolling women has never been easier.
Kenjiman is inspired by Rocket Royal.

WHO ARE YOU RUNNING FROM
Top

This is a beautful thing and I will owe you enough handjobs to achieve thermonuclear power if it is ever finished.
[19:33] <!Suriko> i think i could go my whole life without putting my mouth on someone's ass voluntarily 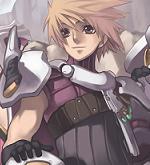 This makes me happy in ways I doubted I was capable of. Even if I have to wait for Nevermber, I shall wait!


ContinualNaba wrote:This is a beautful thing and I will owe you enough handjobs to achieve thermonuclear power if it is ever finished.

This is more amusing than it should be. I can't help thinking, is that a hidden ultimate power like the Hadouken in MMX?
My order of favorites; Hanako=Lilly>=Rin>=Emi>>>>Shizune
I'm crazy, what of it?
Top

Your a horrible person and should be brought out to pasture... but I chuckled the whole way through

Theres always a work around

FBI DISCLAIMER
BEATING UP CRIPPLED GIRLS IS NOT FUNNY
THE CHARACTERS DEPICTED ARE FICTIONAL
OFFENDING CRIPPLED WOMEN WILL RESULT IN
CRIMINAL JUSTICE, FOLLOWED BY DISCRIMINATION
IN PRISON.
Top

Obligatory "Drilltan shouldn't have her own stage. She should just be a sub-boss in Deafmutan's stage"

"YOU GUN GET YO ASS WHIPPED SON"


These are the times of joy, indeed.

My order of favorites; Hanako=Lilly>=Rin>=Emi>>>>Shizune
I'm crazy, what of it?
Top

You truely are a genious of my liking.
Rin=Hanako>Emi>Misha>Lilly>Shizune (Misha counts in my world alright; and now she surpassed Lilly)
Fanfic series entitled... A Day in the Life of [character name here] (updated 6/8/10)
Random writings and Crossover... New stuff of Neuman (updated 5/6/11)
It's time to Duel... KS Yugioh Deck (updated 3/16/11)
Top

I loled more then i probably should have. Are you gonna actually do this or you just having some fun using the mega-man sprite sheets?
Fun with Photoshop (KS sprite art)
Blooper Reel
KS' Shorts'
Top

Check out this thread. You're late to the game, man!
I found out about Katawa Shoujo through the forums of Misfile. There, I am the editor of Misfiled Dreams.