I don't know if it's okay (if it's not, then feel free to delete this topic) to post every little bit of art here, but this one is too good to pass, especially considering the WTF? inducing title and the style full of sheer awesomeness.
Oh, and Clannad.

in b4 everybody starts asking for a yuuko route
<duanemoody> you're ruining the illusion of craftsmanship we see in every commercial for some product
<duanemoody> like cheese
<duanemoody> it has to be a bearded intense man in a leather smock hyperfocusing on sculpting some pointless detail
<duanemoody> badly lit for maximum contrast
<duanemoody> LIKE THIS, visual novels are made
Top

What's to discuss?
<Aura> would you squeeze a warm PVC bottle between your thighs and call it "manaka-chan"
<Suriko> I would do it if it wouldn't be so hard to explain to my parents
Top 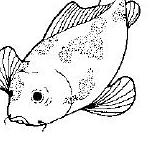 I believe he wants us to discuss the art. Praise it, criticize it, talk about our feelings on it, and the deeper meanings hidden inside the picture.

I personally love it because it reminds me of Pixel's work (Cave Story). Or maybe it was just from the remix project? Either way, that style looks awfully familiar in terms of color palette and the way the character is rendered.
静音是买外夫
Top

Jaen wrote:but this one is too good to pass, especially considering the WTF? inducing title and the style full of sheer awesomeness.

Did you even make that artwork? I can't even tell.
Top

It was produced by Climatic (one of the KS devs). "Rape" here means Rapeseed.
Top

I'm pretty sure shes sitting ontop of someone in there.
Top

Looks like she's being eaten by those flowers if you ask me. You just can't see the pain because of all the botox. 1. What's to discuss?
Yeah, I was speaking mostly about the art quality - which is great IMO (I really love those line-less simple, bright coloured shape approach) - but also about the fact someone was witty enough to tag it "rape" instead of "rapeseed" (I've been learning English for, like, 12 years and have never really needed to know how is "rzepak" in English) and spread some confusion and also about how Clannad-ish it feels.
While I'm sure devs won't do a Yuuko route, after seeing that "take advantage of Yuuko" (and devs somewhat claiming it's not a joke) in conjunction with this pic I'm somewhat suspicious that they will make a bad end, where Yuuko & Hisao are forced to marry, Yuuko dies giving birth to their child, the child dies just after Hisao managed to cope with Yuuko's death and he goes insane in the end/hangs himself/otherwise. Take it with a grain of salt of course, but I just can't help thinking that ~~'

3. Did you even make that artwork?
No, I didn't. I can't get any better than my av ;P It was just too awesome not to post it on forums.