.
Low effort non-Monday Matty's Meme
(made this for the Hanako vid...)
. 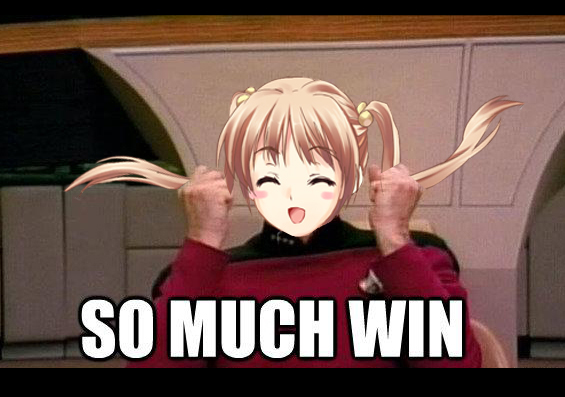 After some technical issues on my end,
I present to you

I present to you 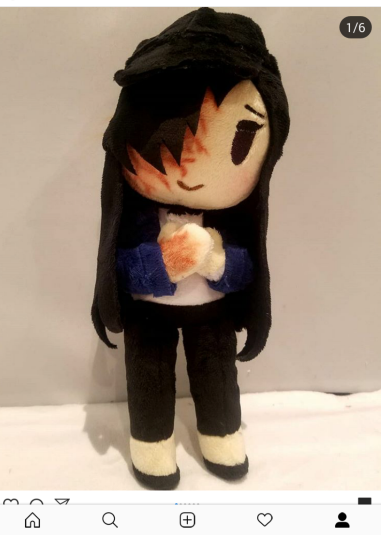 These were posted on my Discord and I have no additional info on em.
But they are adorable and wonderfully wholesome. 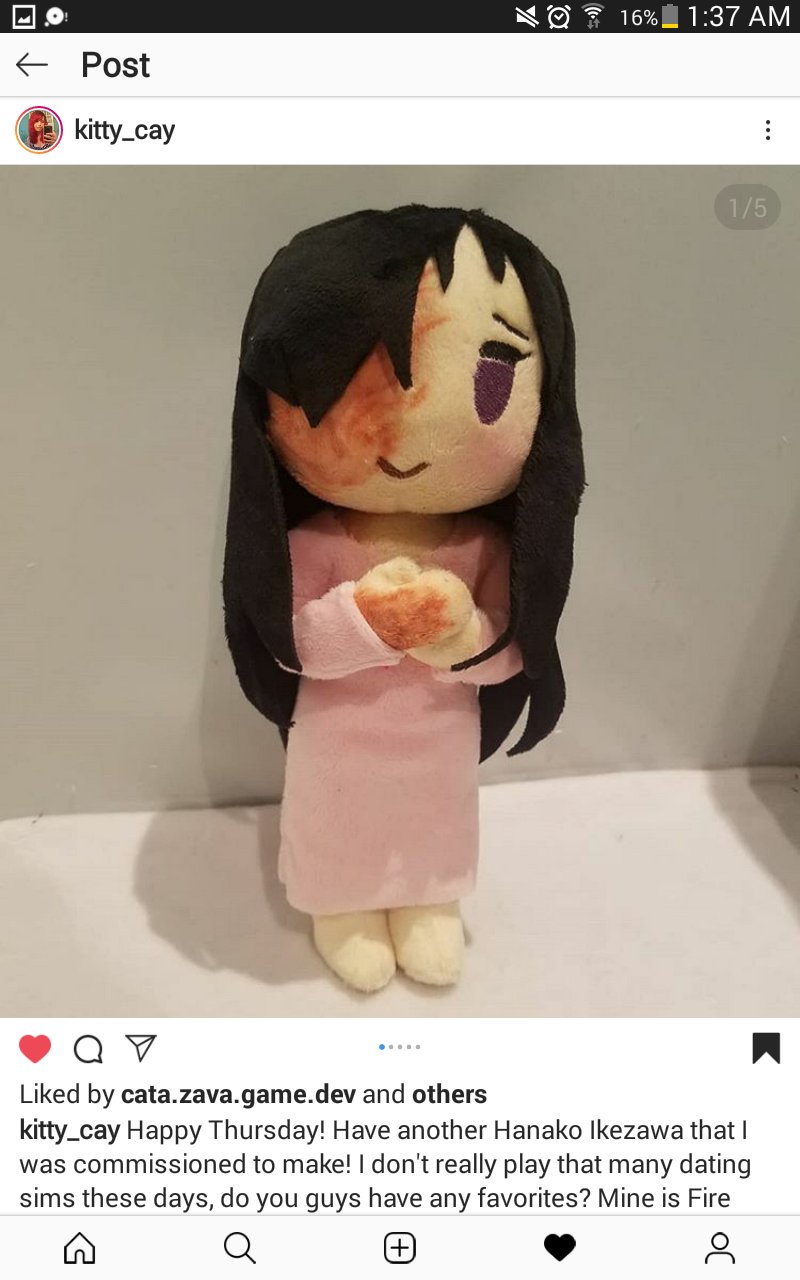 Sorry no art for ya'll at the moment, but I got early access to a DDLC mod that I'm playing and reviewing
(Can't say which one yet - yeeeeet!)
And I'm also developing a Neko VN.
you can check out the really awesome concept art here.
and you can read parts of act 1 on the discord (channel near the bottom).

Those are pretty cute.
Not Dead Yet
Top

Happy belated B-Day Hanako - here's a Dakimakura (Rin one too)

So... don't ask how I ended up finding these
(I'm preping to play the Emi route for a new vid),
but of course I immediately thought of you guys...

These are safe for work, which I was pleasantly surprised about.
(links snipped and items removed by seller)

.
Happy Monday!
Hope you are all well. 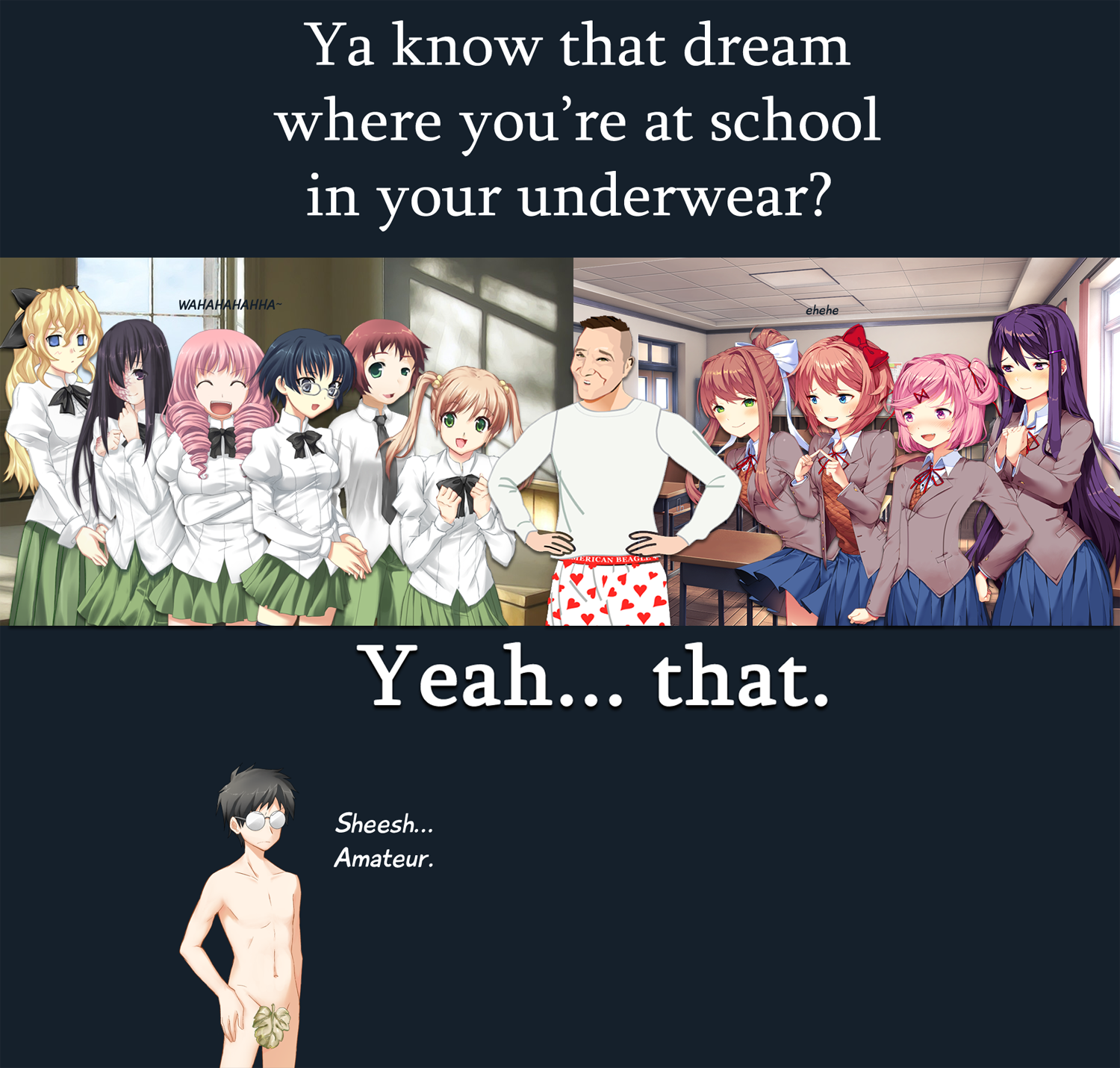 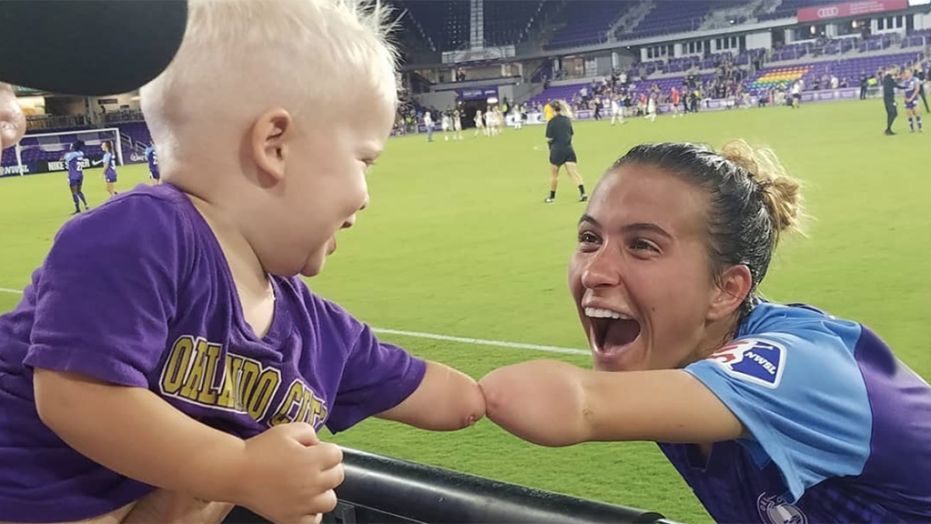 An Orlando Pride soccer player and a 1-year-old fan who both have just one hand reunited at a game in June — and the priceless moment was captured on camera. Carson Pickett, 25, and Joseph Tidd "fist-bumped" at Exploria Stadium in Orlando, Fla., last month.

Started working on the video for Emi's path.
Made these: 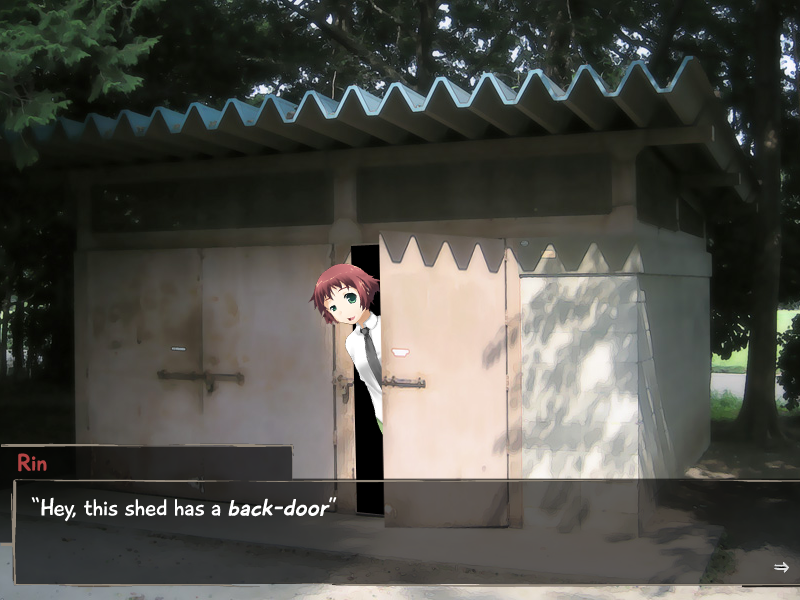 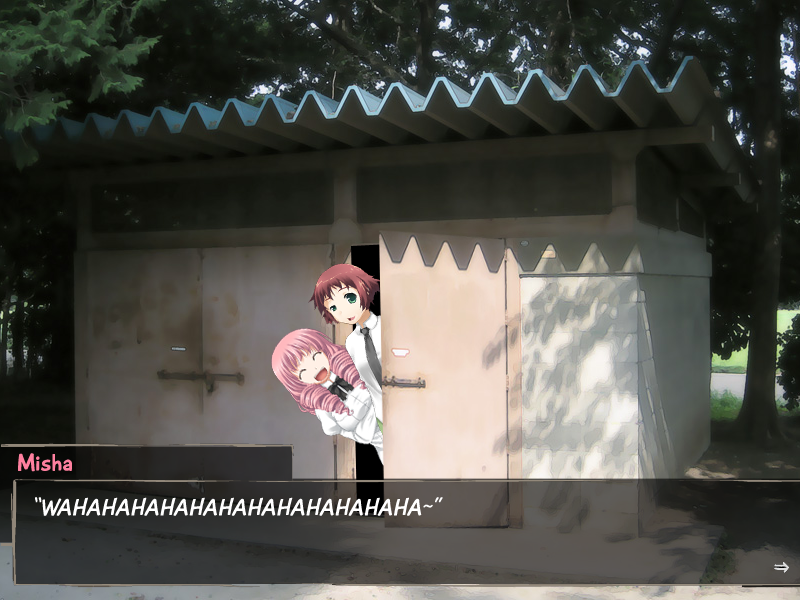 As always, sharing here before anywhere else.
Have a great week everyone!!


As an aside...
My vid will likely end up being ~20 min (they all do), and even though everyone talks about "the Lemons", I think I'm going to be spending less than a min on it. The dynamics between Emi and Hisao, Emi - Hisao, and the Nurse - and the rich deep character of Emi that lies beneath her sweet candy coating is what really enraptured me about the path.
.

I made this and it really makes me LOL.
I have issues... 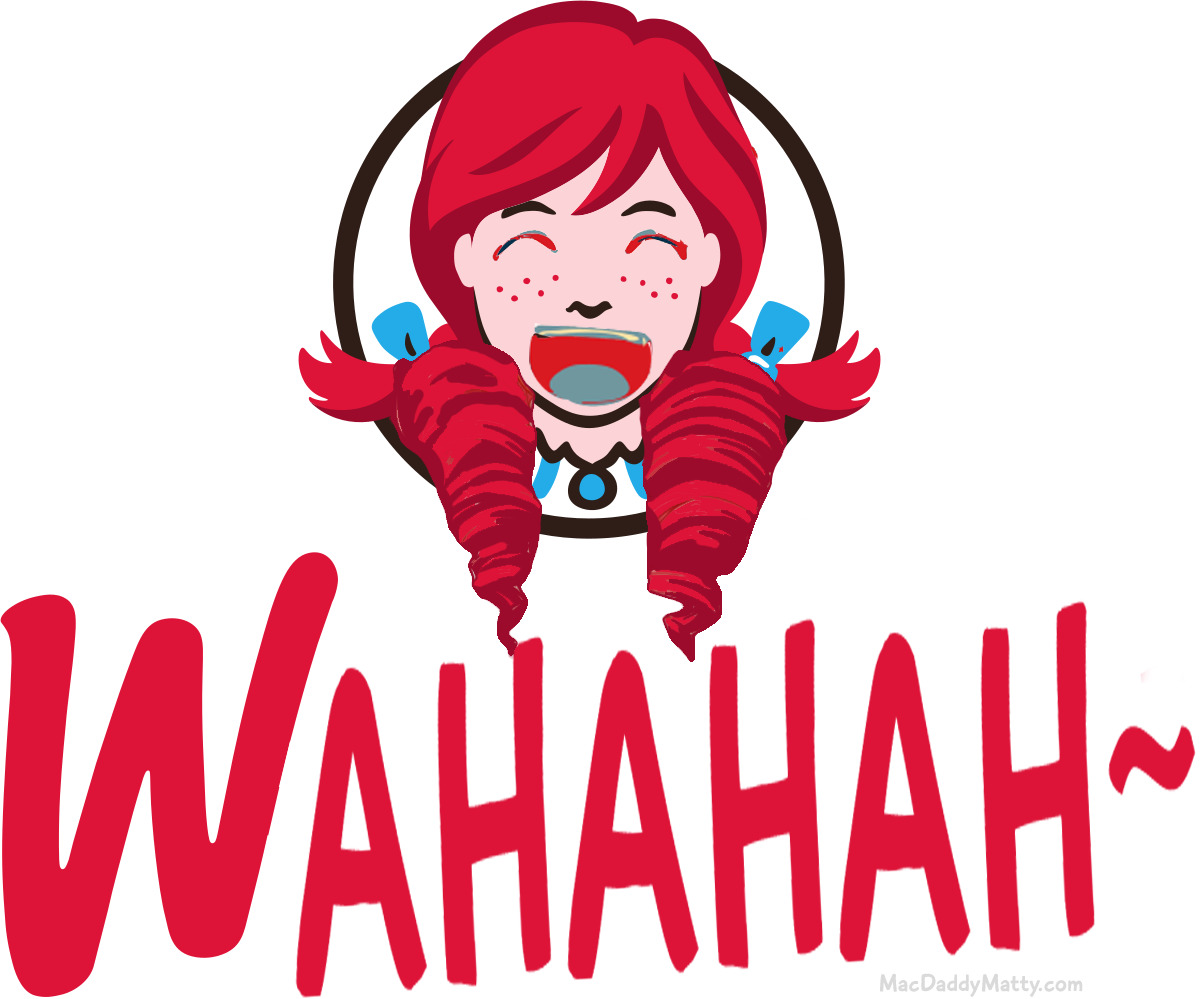 I've cut TheHivemind video we did down to 2 hours, and am now just getting it into a state of good production.
I've completed the script for the Emi's Path vid and will be recording the audio and animating this week.

I'm going to say that within the next 2-3 weeks both should be out if all goes well!

Happy Monday everyone, have a great week!
.

On this weeks episode of
"Out of context game screenshot is inappropriate"
Please welcome... The Nurse and Emi! 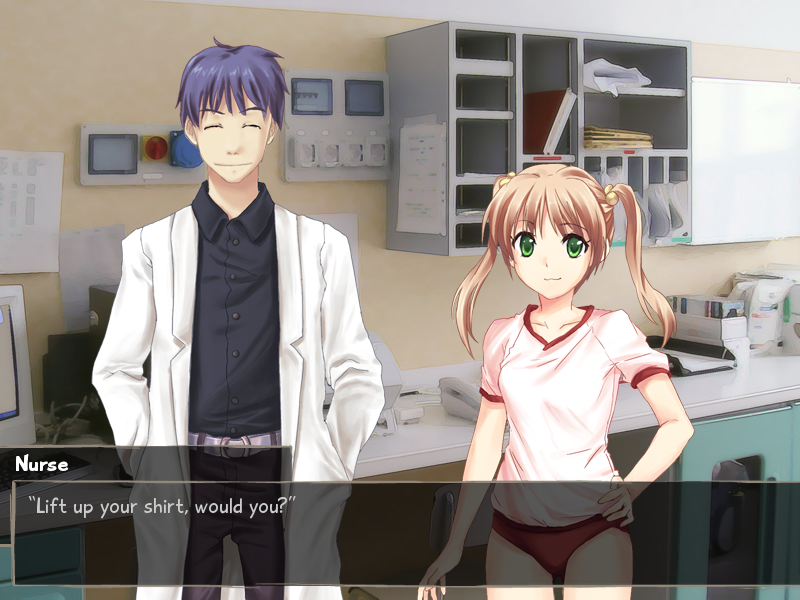 I finally got the Emi vid finished.
Early release here (and then publicly Monday).

Thank you! As always, I just hope I did justice to these guys with this tribute.
And huge thanks to CplCrud for the hand off to TheHivemind - both are great guys.

Bummer A22 dropped off the planet.
Is Aura also a self-imposed exile?

I actually never heard of Aimee Mullins till I went to animate that moment in the vid.
My God she is an uncanny adult Emi!!

The Discord with Hive was mostly really good. Only a few AV issues, and unfortunately that echo (at that point) is one

I'll be posting his full vid here on Friday!

Rin/Ren...
I naturally have a bit of a weird dialect - which I hide well.
But since the head-injury, my typing is terrible and my speech sometimes is pretty weird.
It's actually my body (tongue and hands) not keeping up with my brain.
Funny thing is - I rarely notice it, as my brain then processes it back to what is is supposed to be when I read/hear what I did.
Weird stuff.
All I can say is thank God for spellcheck!!

Is Aura also a self-imposed exile?

I wouldn't say that, but compared to Hive, Crud and Suriko he has shown less inclination to interact with the fandom - at least here on this forum. He mostly was active on the Ask-Thread.
Though if you manage to get him in front of a webcam, I'm sure a lot of people would be interested.
Emi > Misha > Hanako > Lilly > Rin > Shizune