Very excited I just found this board - and yes, and almost a decade late to the party.

I'm a youtuber who until November was making exclusively light entertainment World of Tanks videos . Then, some friends recommended I play Doki Doki Literature Club...
Now, I had never played a Visual Novel, dating sim, or was familiar with anime (other than Star Blazers 2199, which is awesome).

DDLC knocked my socks off. I did a 180 with my videos, starting with my DDLC review.
Since that time, I've been doing DDLC mod reviews where I deconstruct the stories and give player perspective in a narrative / analytical style. I am lucky to have a great cosplayer named RL Waifu who occasionally appears in my vids.

I've also been making backgrounds for DDLC modders, and someone mentioned that they are similar to those of Katawa Shoujo. I said "what's Katawa Shoujo?"

It was then got many insistent requests to play and review KS. So here I am.

I'm about to record the 1st KS vid which will be an intro to the game and characters, then subsequent videos will be episodic per shoujo path. To buy myself some time (KS is GREAT, and I do not want to rush any part of it), my team and I put out this

So, anyway...
I'm happy to be here and hope you enjoy my KS vids and mems that I've been doing the images for DDLC and now also for KS weekly over at Reddit - I'll share them here also! 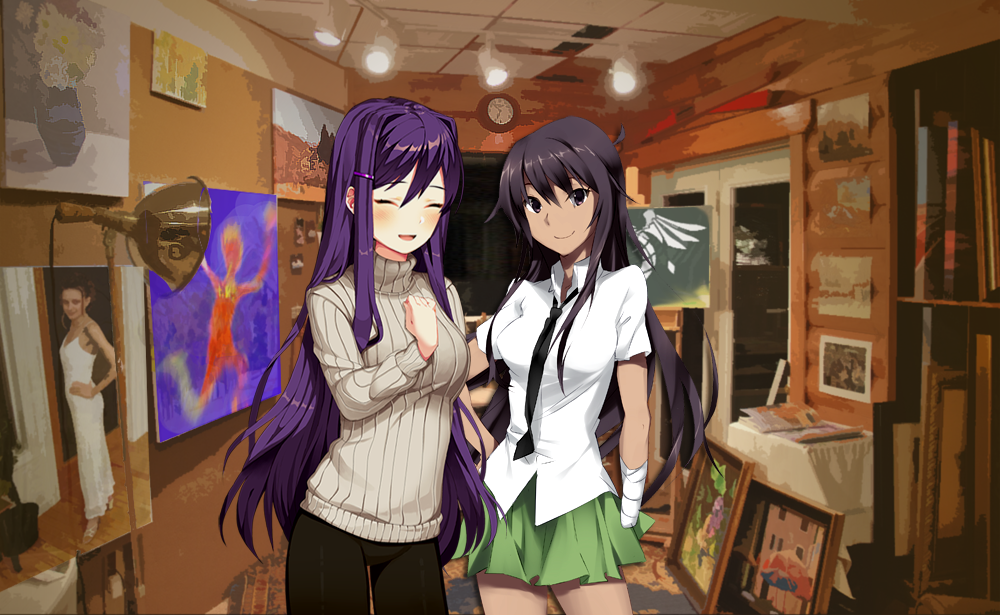 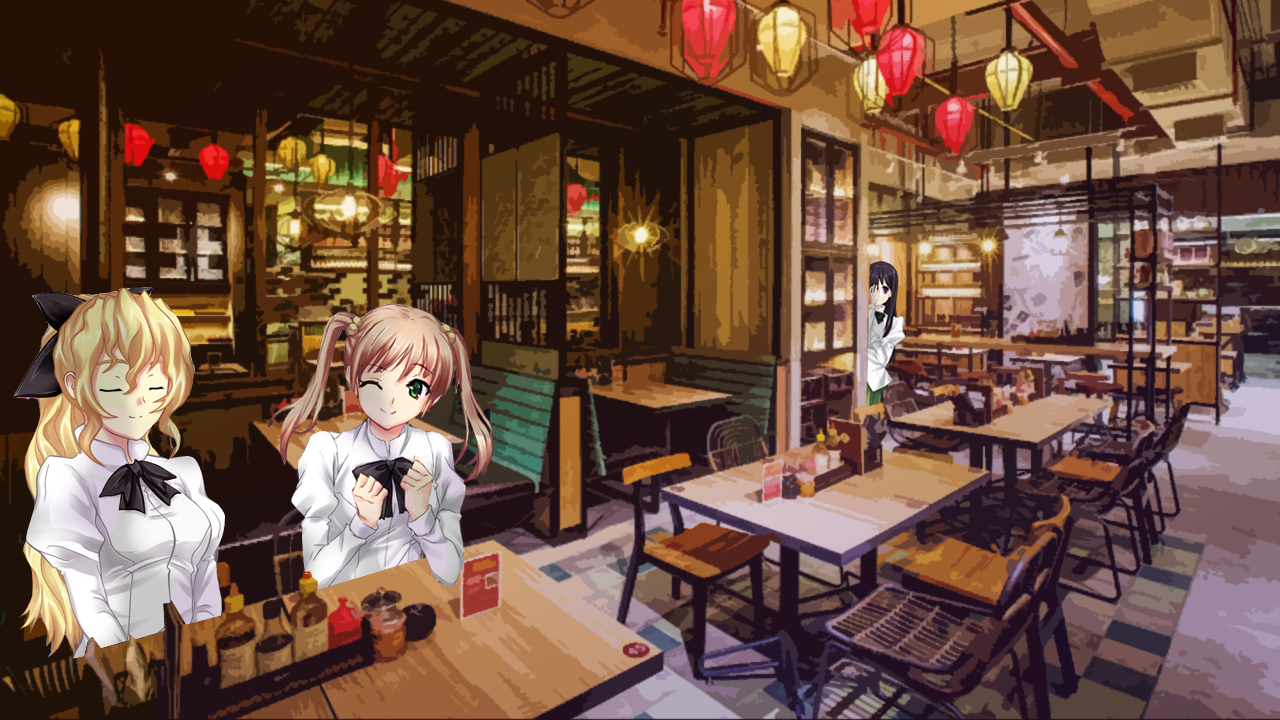 Here is another background I made for a DDLC mod

...reeeeely wish that there were KS mods so I could be making BGs for those...

with shoujo as requested by TheLiberation and MightyD33r over at the Reddit KS sub.

Feel free to LMK who you want to see in next weeks meme...

Happy Monday, have a great week!

I don't think I've seen anybody do pictures with that particular style before.

You might be a bit late to the party, but we stil hang out here sometimes. The place isn't nearly as active as it used to be, but don't let that stop you from posting your ideas, opinions, or artworks.
Not Dead Yet
Top

Thank you!
I work with people who make mods for Doki Doki Literature Club (my gateway drug to Katawa Shoujo). They'll ask for something (a noodle shop for example), and I'll make 2-3 different ones. Then what they don't select, I use to make these "memes" (if that's the right word). Like this one!

I intend to post a pic most Mondays, and a video from time to time.

Thank you for the welcome.

I just really wish the KS devs would let people mod for KS. There is some really fantastic fan fic that would make for great VN add-ons to the canon. Also, I'd get to make backgrounds for KS stuff that people could play!
Alas...
.

Caption:
"No, my voice is just a bit hoarse today. By the way, you were paying for the strawberry parfait, right?"
Emi > Misha > Hanako > Lilly > Rin > Shizune

Then what they don't select, I use to make these "memes" (if that's the right word).

I really don't think that's the right word. I'd just call it art.
Not Dead Yet
Top

Not Monday yet, but here it is anyway.

Have a great week everyone. 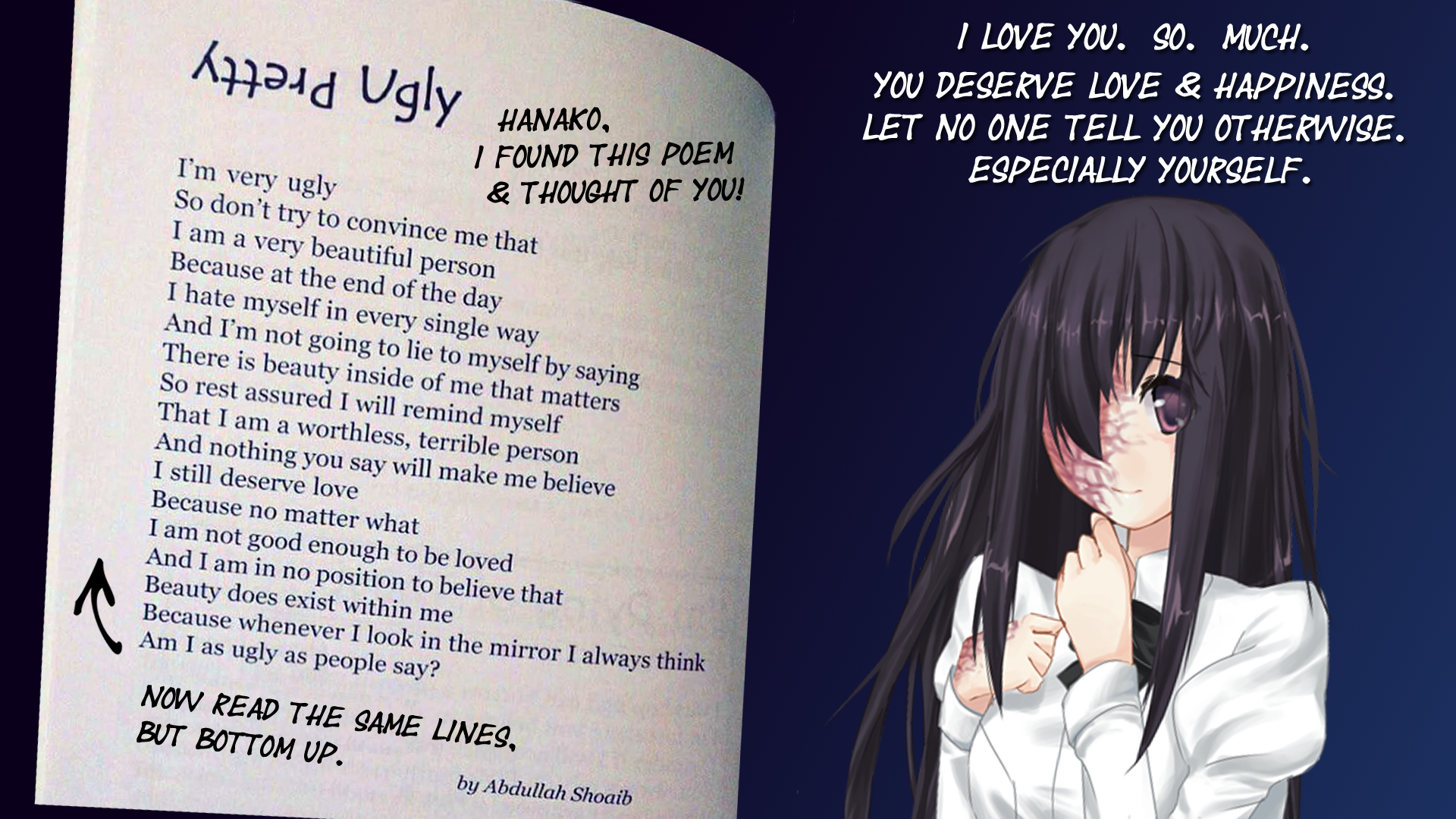 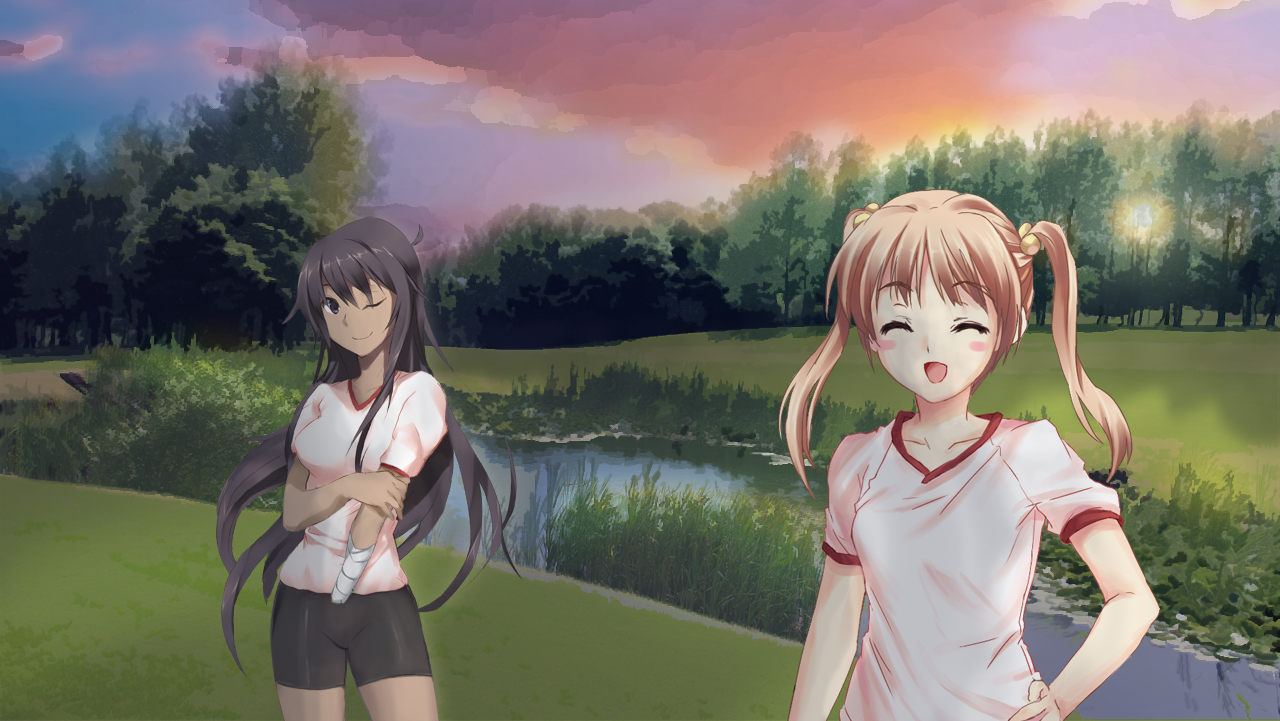 Have a great week everyone!
.

Did you make that Miki yourself?
Not Dead Yet
Top

You should probably remove that link and the reference to that project if you don't want to get banned...
Emi > Misha > Hanako > Lilly > Rin > Shizune

I got next weeks done already. I'm very proud of it.

I call this:
"The moment that Misha became totally useless for the rest of the day..." 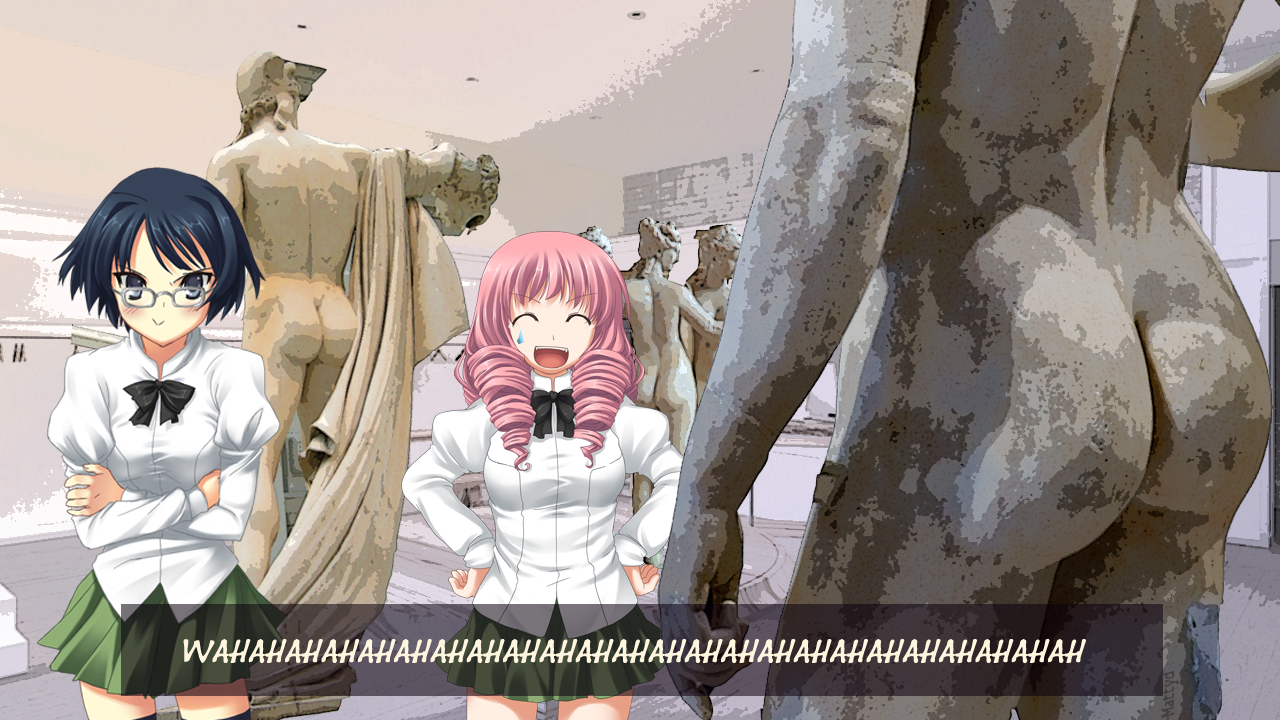