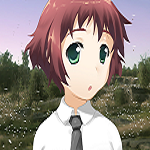 Okay, that's what I thought. Thank you for the clarification.

If Feuver logs on again, maybe these posts will be seen and it can be fixed.

I also have some suggestions to make Rin's flowchart in Act 2 slightly less confusing:

-I think the single lines (the ones without the arrowheads) could be removed. It's understandable enough having the choice and then which choice it gives later on in the bubble (i.e. "You're amazing! *Big hit Art -1"). It doesn't need a line pointing from that bubble to the yellow bubble saying "You'd be a big hit or You should Aim High! Gives You Art -1".

-On that subject, I don't think the bubble that says "You're Amazing! Big Hit* Art -1" and the bubble that says "Like Emi Aim High* Art -1" need to have the "Art -1" in the bubble. It's clear enough in the yellow bubbles that choosing those options gives you Art -1. Having the "Art -1" in the previous mentioned bubbles makes it seem like choosing "You're Amazing" or "Like Emi" gives you Art -1.

-I think the scene "Things You Like" could have two arrows pointing to two bubbles (one to the left and one to the right) giving the choices "Refreshing Exciting*" in one bubble and "Makes Me Feel Stuck Once Chance*" in the other bubble and then have two arrows, one from each bubble pointing to "Underwater and A Maple With A Name".

- Maybe there could be a little yellow bubble on the side that simply explains that the choices you make in Act Two before the "In Her Own Image" scene affects which choices you can pick in the In Her Own Image scene. (After doing them all myself, there are 8 different combinations with 3 choices each, making it a total of 24 checkboxes that can be checked)

None of these suggestions are about things that are incorrect in the flowchart, just ideas that I think would make it much easier to understand for a first time player. 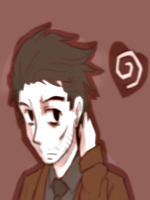 I'll be working on this issue, I've just been terribly busy as of lately, as well as having moved to other things.

It already looks like that. Make sure you are looking at the most recent flowchart in the first post of this thread.
Completed: 100%, including bonus picture. Rin>Emi>Lilly>Hanako>Misha/Shizune
Top

A good writer knows his limits. A great writer finds ways around them.
Top

For the first choice on the Hanako Route, shouldn't there be more separation between them and the next part? The way they are on the current chart, it makes it look like all the other unimportant choices, which result in a few different sentences, before continuing on the same. But depending on which you pick, there are two entirely different scenarios.
Top

The two scenes they go to are listed in the bubbles with the choices. That makes them different from the others. It still doesn't make any difference as far as endings, so the format is clear that the decision doesn't change anything.
I found out about Katawa Shoujo through the forums of Misfile. There, I am the editor of Misfiled Dreams.

It doesn't come off that way. I saw them as nothing more than sarcastic comments from whoever made the chart, given how the choices were worded like that too.
Top

Just a little something Feuver, it says "Neutral Ending Hanko". I had gone through the earlier posts seeing that you have updated the grammar corrections, but it's really no big deal. Apparently I had the 1.2v instead of the current 2.9v . I guess I found your flowchart sometime in early 2012. Anyways, amazing work on the chart, helped me to finally get the "Rose-Tinted Glasses" scene for Rin that I was missing for the 100% today and got the pic. And I had gone through her story plenty of times, each time choosing something different, but somehow I always left the art club *shrug*. I was also missing the "Slow Recovery" scene (surprise, surprise), but I managed to find it with the old chart today. One thing I never liked about the library is that it doesn't tell you the name of the scenes you haven't unlocked yet, making it all that more difficult to find help on the web (usually having to resort to "below this scene, above this scene"). This, and the weird glitches (uncommon) that don't record some scenes in the library, are the only bad things about KS, and even then it's not a big deal. KS overall is amazing, so it's easy to overlook overall. 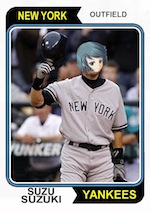 I'm confused by the part of the Rin arc after Studies in grayscale where all the arrows go crazy. Will picking either of the Art- options make you leave the art club or do you have to pick both?

Since in the relevant scene (In Her Own Image) you can only pick one of three out of six possible options, you only need one of them to leave the Art Club. So pick at least one of 'You're amazing' or 'like Emi' in the scenes before it.
I found out about Katawa Shoujo through the forums of Misfile. There, I am the editor of Misfiled Dreams.

Hey guys, I updated some of the flowcharts to help myself out and to make some things a little clearer for this game, and I thought I would share them here. I haven't taken any credit away from anyone, I still give full credit to Feuver for these flowcharts, I take no credit myself. I give all credit to Feuver in the pics/flowcharts as well. I just did a little editing to make some things seem a little easier or fix mistakes that I saw/people mentioned in this thread since the last time Feuver made updated flowcharts. I'm posting these because Feuver doesn't seem to be coming online recently (which is perfectly understandable, real life and all that

) Anyways, here they are. Again no offense or credit stealing is meant at all to anyone. And maybe these could help out Feuver if/when the flowcharts get an official update.

Act 1: Removed some lines from the Cold War Scene that were incorrect, also added the name of Act 1 to the bubble.
http://img801.imageshack.us/img801/4394/act1t.png

Emi: Fixed some slight confusion in the Instant Replay scene by adding some bubbles
http://img201.imageshack.us/img201/9427/updatedemi.png

Hanako: Fixed some slight confusion in the Tea Leaves scene by adding some bubbles, Added the Title of Act 3 to the bubble, and fixed a typo in the 'Neutral Ending Hanako' bubble
http://img856.imageshack.us/img856/6712 ... hanako.png

Rin: I basically did a complete overhaul of Act 2 of Rin's flowchart. I personally think it makes the whole act with all the choices much easier to understand, at least it does for me.
http://img545.imageshack.us/img545/1458/rinz.png

Full flowchart: Applied all changes listed above to the full flowchart
http://img802.imageshack.us/img802/2976 ... wchart.png

I didn't find anything that needed changing in Lily's or Shizune's arc.

Hope this helps anyone!
Completed: 100%, including bonus picture. Rin>Emi>Lilly>Hanako>Misha/Shizune
Top

Rin is red,
Hanako is blue,
In Soviet Yamaku,
Eroge plays YOU!!
Top

Why aren't the links working for me? I can't seem to be able to connect to the server, and I know I didn't block it or anything. What gives?
Top

gamer55567 wrote:Why aren't the links working for me? I can't seem to be able to connect to the server, and I know I didn't block it or anything. What gives?

All the links work fine for me. I don't know what to tell you.
Completed: 100%, including bonus picture. Rin>Emi>Lilly>Hanako>Misha/Shizune
Top
Post Reply
244 posts