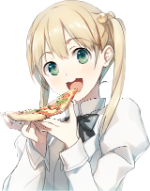 I don't know if there's anything in place, but I feel that maybe restricting new accounts from posting for an hour or two might help lower the advertising.
Emi > Misha > Miki > Suzu > Lilly > Hanako > Rika > Saki > Rin > Shizune
Art: http://ks.renai.us/viewtopic.php?f=51&t=10495
Top

Re: Preventative measures for spam bots?

Stopping new users from posting isn't going to stop spambots from posting as they can still be trying for the whole time until they get a post through.

The only way to stop them from posting is to stop them from registering accounts which still isn't a foolproof method since the sites that keep lists of all spambots can't be kept current quickly enough and some can be rather persistent by coming back (but would be easy to blanket ban if they use the method of having a number string in their username and changing that each time they create a new account, although that won't help here since we're talking about porn spambots and not the old fashioned use random news articles as thread titles spambots) under new usernames that aren't listed or use IP addresses and such that aren't listed as suspect.

To sum up, the tide can only be lessened and not stopped completely.
Top
Post Reply
2 posts • Page 1 of 1