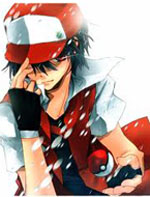 (If this is not in the right board, I apologize, I couldn't decide whether this was a fan art or fan work. If there is a sticky for this sort of thing, I also apologize, I had checked and had not found a related sticky... so... yeah... XD)

Oh hai everybody! First off, I'll just sort of introduce myself since I'm a new poster here. I've lurked here for about a month and finally decided to stop being anti-social. I'm pretty much a gamer and a fantasy/sci-fi reader, so expect any references or future posts here to be somewhat related to both (and of course KS, but that's implied :P). But enough of this crap.

Anyways, between raging at Pokemon Online and "doing" my homework for my classes (college, I'm not underage XD), I have been fooling around with some Minecraft skins in photoshop. So, anyway after plinking and plonking around with some stuff, I guess I feel finished enough to present what I have so far.

The 2 skins I have so far are Hanako, my favorite path so far- (I've finished everyone but Rin, I'm about halfway done with her) . Basically, these are a medieval-fantasy version of her as a sort of rogue/assassin sneaky sneaky person-thing. They are both descendant of a single half-finished skin I had created, with the main differences being the presence or absence of the cloak on her head and back. They aren't the best ever, but i think I did OK for my first MC skins- discounting my pitiful attempt at a dark knight... but that's NEVER going to be posted EVER. here they are on the my skindex profile (They probably are the easiest to see here)-> - http://www.minecraftskins.com/search/author/nab3rius/1/

Anyway, Just thought you guys might get a kick outta this, or at least a chuckle at my pitiful attempt to produce something. I would love to see if you guys have made anything like this. Based on the other stuff I've seen its most likely better than mine. Feel free to post anything you feel is related if you want to.
I plan on editing these more once i get better at this kind of stuff. If you guys have any comments, questions, or suggestions, I'm all ears, er... well eyes... eh... you get the idea! :D
"I've already given up on myself twice. Third time is the charm-Third time is the charm. Threw caution to the wind, but I've got a lousy arm..."-G.I.N.A.S.F.S.- Fall out Boy
Top

I have no idea how well they compare to other skins, but I can say that it's rather hard to tell who it is if you don't already know. The first one is especially tricky, with just the purple eye and hair to clue you in.

Gamera Ramen wrote:I have no idea how well they compare to other skins, but I can say that it's rather hard to tell who it is if you don't already know. The first one is especially tricky, with just the purple eye and hair to clue you in.

That is a good point, which is why the actual skin is named female rogue, lol. I suppose i could have her show a little skin. I was just focusing on the fact that she was self-consious about her scars and would probably hide them. On my second one I did try to show a little scaring on her face, but its not detailed enough to really tell what it is. I might mess with the second skin a little, maybe move the hair to the second layer like masuda did with with his skin and then flesh it out a little (*not intended to be a pun*). I might add some hand scarring in place of the gloves and see how it looks...

Unless you think the skin is just to irrelevant/weird to be even associated with Hanako, which I suspect might be the case. My line of thought with this was Hanako is smart enough to realize her school attire sticks out in the cave setting and switched to something more practical (probably also due to the fact that my first attempt on Hanako was with her uniform, and I sucked at that XD...), and I always thought one of her possible fantasy-alter egos could be a thief, considering she doesn't like being the center of attention and had a reputation in KS for a sort of "hide in plain sight" thing.
"I've already given up on myself twice. Third time is the charm-Third time is the charm. Threw caution to the wind, but I've got a lousy arm..."-G.I.N.A.S.F.S.- Fall out Boy
Top 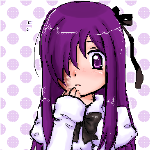