Kenjivania - Symphony of the Feminists

Kenjivania - Symphony of the Feminists

Awww. That was adorable. Thanks for sharing.

Seriously though, well played. Lulz were had.
Top

Yeah took me nigh a dozen tries.
Top

I suck at all games, so I had a lot of trouble with Akira. Eventually I learned to not focus on attacking, but dodging. Then just attacking once or twice when I got a chance.

I'm also a loser who never played Castlevania games, so I only recognize the level from I Wanna Be The Guy

Spoiler'd so I don't ruin people's fun if they view the topic before playing the game. That make sense? No it doesn't, but what the fuck.
My shoes aren't actually brown. Well, one pair is, but I mostly wear grey ones.
Top

You seriously just broke me right now cause I'm at a loss for words for how awesome this is.

But clearly, it's probably because the feminist have taken control over my brain and are keeping me from singing this game's praise.
That awesome moment when you stay true to yourself and people are okay with you.
Top

Ok, now I want a full game based on this one.

What I liked the most is how it tricks you into believing it's something else entirely, until you click one of the options in the title screen.
Top 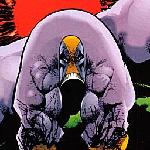 Fantastic doesn't even begin to describe this.

Thank you for making my night that much... brighter? Whatever. That was awesome.

Hitboxes on the falling teacups are a little unreliable, but otherwise it's very nicely done. It's crazy hard, though, and this is coming from someone who 100%'d Symphony of the Night. The best tip I can give is to take the pretzels- once she becomes invisible, start throwing them (make sure you have 5 or 6 left, if not all of them) because you don't have to know where she is to hit with those since they hit most of the screen. Make sure to jump before you throw, though. Also keep in mind that all her attacks are easier to dodge at range, so get away after hitting. The teacups have a "sweet spot" where they're easiest to dodge because they drift apart again after a while, and the only way I avoided the teacups is to stand right in the middle of the right pillar, then jump left before the second wave of teacups hit.

(also the name is supposed to be X-X!V"Q but that has forbidden characters in it)
Top

I'm having trouble getting some of the XS Rank chocolates. Midway in the game, Mutou says that he caught Rin and Emi throwing food off the roof, and the day he says is the first game day. So I restarted the game and went up there, but no matter how quick I run, I'm always too late. They've already gone through the chocolate and are throwing takoyaki. I know it's possible to get there somehow, because on my fastest time, they were still throwing chocolate. I got right behind them, but was a hair too late.

Anyone got any advice on this?

How to beatAkiraliek a bawss:
Don't worry about attacking, just dodge.
Just get in an attack or two when you happen to be close.
Don't dodge the heat seeking missile, jump and attack it.
When she throws the grenade bottle by jumping in the air, run under her and attack from behind. Use the slide to get there quicker.
When she uses her sword, jump behind her.
When she uses a sniper rifle, jump behind her if you can. Otherwise, just jump 2 seconds before it goes off.
When she throws 3 grenades, either get out of their reach, or time a jump perfectly to jump in between two.
When she warps quickly, stand still. If she warps into you, just move out of the way. Stand still until she starts attacking again.
The best times to attack are after she does certain attacks. Always try to get behind her if you can. Best times to attack:
After she fires her sniper rifle.
After she stabs with her sword.
After shooting a missile(though make sure the missile is destroyed)
After throwing a single grenade
Always put priority on dodging, though. If you're unlucky and badly positioned, worry about getting into a good position first. The attacks can come later. We don't want Kenji getting bitchslapped by feminists, do we?

...Or just hit her with your scarf until she dies.
My shoes aren't actually brown. Well, one pair is, but I mostly wear grey ones.
Top

(wow, that was...impresive.and the Kenji comentaries after the game over are the thing. Sadly im very bad in plataforms, but the Castlevania homage is win. And only i know Castlevania for all about who is said of the game, the music and the Gorgeous art. I can´ever passed Lilly, but i loved it. thanks a lot.)
Top

I'm glad you guy liked the game, it was a love letter to 4LS for the amount of thought and effort put into KS - it puts everything I had in my life to shame.
Last edited by traitor on Mon Feb 13, 2012 11:05 pm, edited 1 time in total.
Top

Here's an alternate strategy for beating Akira if you want to be l33t about it:

Stay close to her, spam your scarf, and run under her when she jumps. For some reason, when you're really close -almost touching- she favors the flaming bottle and triple beer cans attacks. Running under her when she jumps will take you well out of the flaming bottle's path, and your scarf should take care of the beer cans. Don't worry about the sword or gun: if you stick close, she won't use them often.
Top
Post Reply
28 posts