This game is so random and so irrelevant, and yet, I love it haha.
Favorite Routes:
Lilly > Hanako > Emi > Shizune > Rin
Top

I've found a MAJOR exploit for this game, and registered here just to warn the developer about it, so that it can be removed.

Basically, unpausing causes the music to skip a little bit, meaning you can rapidly pause and unpause the game to keep the music from going forward at all. This can allow you to do two things:

1. Keep the Rumba timer up indefinitely. If you have two clones and start rapidly hitting pause during Shizune's Rumba timer, you'll inevitably wind up in Multiball with a permanent Barack-block. It's pretty easy to do.

2. Allow Yukkuri Misha to gain unlimited speed. The duration of being "taken for a ride" is tied to the amount of the song that has played, not the distance traveled or speed gained. Again, rapidly hitting pause will keep the song from ending, and all the while you'll still keep gaining speed, and Misha won't start smoking or turning red.

Both of these are essentially game-breaking, so obviously they need to be fixed.
Top

What... the hell? This is then fucking coolest thing Ive ever played IN MY LIFE. SUCH A DEEP STORYLINE BRO

Hybrid wrote:I've found a MAJOR exploit for this game, and registered here just to warn the developer about it, so that it can be removed.

You probably should have used a PM to report this, since it allows a player to cheat. But I can confirm that the developer knows about this: when I first registered, it was to report the same bug (though the exploits I thought of were different from these).
Falling in love is a volcano. Being in love is a kotatsu.
Top

im ok with this
I'd love to lay down and watch stars with Rin...
play Yume Nikki!come on, you know you want to...

Love this game, but recently deleted the memory files, so had to start from scratch. Is there going to be another update for this in the future?
Kenji: I wear a hat now.

Is this ever going to be finished?
Top 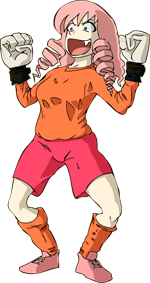 (Although this bronchitis I've come down with has not exactly made progress speedy lately.)
<Doomfest> Oh god what is art
<Juno> Baby don't hurt me
<duanemoody> don't hurt me
<Juno> No moe
Top

(Although this bronchitis I've come down with has not exactly made progress speedy lately.)

We all believe in you man.

All of our hopes and dreams lie in your hands.

But no pressure, though.
Top

This game is so god damn awesome xD

Really fun game, how did I not see this before
Top

Does this save my profiles in any way? Cause I wanted to try out again today but I can't find my profile

*I played on danbooru*
The Piano and a change

This.....like....wtf. It's so random and I have no idea what is happening half the time.

Amazing game btw.
When Hanako smiles it makes you feel on top of the world.
When hanako cries.....*HNNNNNNNGGGGGGG* *dies*
Top

Someone above mentioned a pause-clicking exploit that indefinitely extended Yukkuri Misha's ride. It was an easy exploit to break open.

I made a script that let me click pause once every 50 milliseconds. When Misha took Hisao for a ride, I activated the script and went to take a shit.

, at which point I came back from the bathroom to let Hisao off the ride. These are the results.

From my launch point in Fukuoka, Hisao bounced several times in the vicinity of Matsuyama and Osaka, injuring 46 witnesses and killing 3 before he skidded to a stop at Rin Tezuka's feet 35 km southwest of Nagoya.

I could have left the script on indefinitely. At 1 m/s^2, it would take about 9 years and 4 months for Misha to accelerate to .99c, at which point she would have traveled 4.4e13 km. Assuming that the distance is stored as a single precision float (largest possible number ~ 3.4e38), it would take about 2e31 years to break the game.
Top