Sajomir wrote:LMAO
Akros, your avatar is appropriate for this thread, and I just freaked out my brother by bursting out laughing.

We had an alternate "Accidental Hanako" a while ago actually.

She was hilarious but Saj axed her. 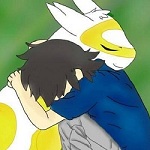 Once this game finishes, It needs to be at Evo
IT MUST
"Being Human is about fighting even when it seems hopeless, and finding happiness in a world that hates it"
-Tenmyouji
Top

Hadokant wrote:Once this game finishes, It needs to be at Evo
IT MUST

Once it's done, you're certainly welcome to take a copy and play wherever you like!

Speaking of competitive play, is there anyone who reads this that has extensive experience with playing fighters at the competitive/pro level?
Animator for the Katawa Shoujo Fighting Game
We are looking for additional animators and spriters! Please PM me

Amazing project! By the way it sounds so far, I really want to play the game.

Any Idea of a general time it might come out?
Cheers!
Suzu>Hanako=Lilly>Emi=Rin>Shizune
Top

ergosoft wrote:Amazing project! By the way it sounds so far, I really want to play the game.

Any Idea of a general time it might come out?
Cheers!

Thanks! It's great to hear people keep finding this thread and interest is around.

We will probably not be giving an estimation of when it will be completed, but we just keep plugging away! It unfortunately does take a while since we're doing this in our spare time, and frankly, everyone has personal lives.

With something like 200 drawings to make for EACH character, art is still our biggest workload. So please, if you know anyone with experience in animation, UI design, backgrounds, or spriting (or even really good sprite editing) please get ahold of me via PM!

Will it be some sort of mugen? It sounds nice.
Top

We're gonna be trying something else before MUGEN, but we definitely looked into that.
Animator for the Katawa Shoujo Fighting Game
We are looking for additional animators and spriters! Please PM me

I'm not a big fighting game fan with their shallow gameplay and lack of plot ("Oh, you beat up a random guy for no reason...How many times can that be fun?") but this should at least be interesting...
<KeiichiO>: "I wonder what Misha's WAHAHA's sound like with a cock stuffed down her throat..."
<Ascension>: "I laughed, cried, vomited in my mouth a little, and even had time for marshmallows afterwards. Well played, Xanatos. Well played."
<KeiichiO>: "That's a beautiful response to chocolate."
Top

Xanatos wrote:I'm not a big fighting game fan with their shallow gameplay and lack of plot ("Oh, you beat up a random guy for no reason...How many times can that be fun?") but this should at least be interesting...

So you're only playing this fighting game because it has KS characters?

Speaking of scrubs, Hisao, Hanako, and Lilly are gonna be the scrub characters in this game.
http://soundcloud.com/benjamin-a-snow/p ... f-complete
^My hip-hop flip sample of Painful History

All characters with all limbs are gonna be for scrubs.
Top

On a more serious note, f you're still doing this...

I'm pretty experienced with Game Maker 8.1 (Mark Overmars' (I think?) wonderful program), and coincidentally before I came across this thread, I was actually working on a sort of fighting game engine. It is more SSBB/Ultimate Ninja-styled but I can work it to be more styled to conventional fighters really easily. It's based somewhat closely on MUGEN's state system, which works for me since I was decent at CNS when I was trying it.

Let me know if you'd like moving to Game Maker, if not, I can try to learn Java (GML is actually really similar to Java IIRC)

Name (Username, or what you want us to call you): Suppercut, or CJ if you must
Position: Coder (Game Maker / GML, or possibly Java if I learn quickly enough)
Example of work (If possible to show): Here's a really old (but latest stable) prototype of the engine I'm working on. I haven't worked on it for a while, but the current version does not have a completely ironed-out character select screen yet. I'd have to dig up the controls again but yeah. If I remember right, I think Player 1 used IJKL for movement and X/C for attacks and A/Z+an attack button for specials (i.e. A+C=Burning Knuckle) and Player 2 used the numpad and PgUp/PgDn for attacks and Del/Ins+an attack button for specials. Also, here's a hack-n-slash prototype I was working on that had no real story yet, I was just inspired to make a retro Castlevania-styled game with bosses and such (which I haven't gotten as far as doing yet). NOTE: Both of those examples are made with Game Maker.
Last edited by Suppercut on Thu Jul 19, 2012 12:56 pm, edited 1 time in total.
I'm not that good with signatures. I guess I like Lilly or whatever.
Top

I would suggest Fighter Maker. I know some pony guys actually made a fighting game with it, and they got it into EVO. So, yeah, I would suggest that.
Top

Awesome suppercut, we'll get ahold of you via PM.
Animator for the Katawa Shoujo Fighting Game
We are looking for additional animators and spriters! Please PM me

Idk if this was already asked or stated, but are you planing having an online option, that you can play with other people of the interwebz, or perhaps make an online version?

If not I am sure this game can be the best (and only) fighting game based of a visual novel that I know of.
Xanatos I'm Sorry. 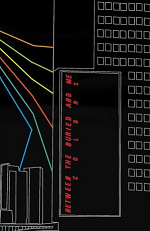 I do not know if you have any musicians yet, if the field is open i would like to apply to that position, you can pm an email to which i can send you my midi files as an example of my work, if not i have some older 8-bit stuff and my old band's demo on youtube. I mostly write faster metal, but have written, some electronic, atmospheric, chiptunes. i can have the songs in midi, or set them through FL and record. i can record my own guitar, bass, and some keys, but drums would be programed if you wanted real sounding drums. I would love to contribute anything musically to this project. call me DragoonOfZeal or zeth205. here are some examples of my work, you can check my or my old band's youtube for more http://www.youtube.com/watch?v=cDd4ZOlt9vY http://www.youtube.com/watch?v=QVbJkqwMY4Y http://soundcloud.com/judgment-2/walkin ... face-of-io
Top
Post Reply
337 posts