Glad to see this thread up again, but you guys got to put a disclaimer on your shops. A watermark, banner, what ever.
Fun with Photoshop (KS sprite art)
Blooper Reel
KS' Shorts'
Top

I had obtained some Katawa Points via Photoshop.

As soon as I saw the first "screencap" I choked on my laugh so hard.

good luck on your game
Top

ever noticed how nearly all the main ladies of the ys games fall for him? he's just hat awesome, even hanako can't resist! lol

thanks for the good luck wish

the game's going pretty well so far
Hanako Dash - what REAL MEN do when they're bored: http://ks.renai.us/viewtopic.php?f=3&t=5547

more experiments.I don´t have the new sprite of Emi, then do the trick in old style.
Because Sister Fujoshi is always watching.
Katawa Points 2, the best scenes XD 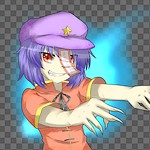 VIVI wrote:more experiments.I don´t have the new sprite of Emi, then do the trick in old style.
Because Sister Fujoshi is always watching.
Katawa Points 2, the best scenes XD

Didn't know WTF was going on then got to the last panel.....dear GAWD I can't breath!!!!
"If I ever die, I'm begging you, please come with me
We're gonna groove, into the blue
All the parasites, oh just leave them, pigs can't fly
There's no tomorrow, no regrets, no goodbyes"
Candlemass
Top kinda when AWOL for a while, not really back. Just felt like posting something. My sight FINALLY updated, so I'm able to play with the new sprites.

Try to guess the reference.

Also, if anyone can find/recreate my old watermark symbol. I would be thankful.
Fun with Photoshop (KS sprite art)
Blooper Reel
KS' Shorts'
Top

I lol'd. That seems like the thing that'd make Jigoro back down.

Good 'ole Happy Gilmore, eh?
"A very small degree of hope is sufficient to cause the birth of love." -Stendhal
The verdict is (finally) in:
Hanako > Rin > Emi > Lilly = Shizune

QQ: How do you guys make all those parody scenes? I'd like to take a crack at it.
I'm weary of the railway,
Poor Paddy works on the railway.

I think the method was mentioned somewhere in the first few pages of this thread.

If I remember, hitting the capture screenshot button at the perfect time, and then using a photo editing software.
Top

I can't do GIMP on this computer, but I'll try to replicate the game's prose...


I find the unused classroom pretty quickly, but I find Rin there instead of Emi. She's lying on the floor surrounded by what look like shredded magazines At her feet is a canvas with some kind of goopy substance on it. She tilts her almost magnetic eyes towards the sound of me, not bothering to stand.

I consider texting Emi to tell her that the class isn't empty and that we'll have to find some other spot but Rin interrupts my train of thought.

Rin: "Do you mind helping me with something?"

What's taking Emi so long? She promised me some alone time after class, and now I'm getting jittery!

It'd be pretty rude to say no. Wait, what does she need my hands for? She usually isn't this direct about it.

Hisao: "Need me to mix colors?"

Rin tilts herself into a sitting position.

Rin: "No. I'm trying to paste some of this stuff to the canvas. It's a texture thing."

She indicates the magazine shreds. They're really haphazardly ripped, like she's been using her feet up to this point. I notice that a lot of them have specific things on the pages - ads for cars and electronics.

Hisao: "You couldn't do this in the art room? There's probably someone there."

Rin: "The magazines were here. And that tree."

She nods out the window.

Rin: "I need it. For looking at. Switching between the paste brush and the paper bits is hard, and I want to make sure the paper bits are pressed down hard enough to not fall off when I start with the normal paint."

So maybe she only needs me to do a few strokes. It couldn't possibly take that long, and Emi is clearly taking her time getting here. I step over to where Rin has been working. There are a few attempts on the canvas already where she clearly couldn't get the paper scrap onto the paste glob fast enough. It's like there's tiny mountains across the canvas-scape. She doesn't need me to say anything to see that I'm going to help, and reaches for a scrap with a red sportscar on it. I take the bottle of paste in my hand. It's kind of old-fashioned, really. A school like this doesn't have squeezable bottles of glue? Maybe Rin didn't think that stuff would stick very well. I tug on the brush, but it doesn't move.

Rin: "Just thrust it a bit further in and then yank it out. Just try to only get it where I say."

It's right then that Emi throws the door open. In my surprise, my hand jerks out the paste brush. I think I spilled some?

She emerges from the sound and fury of her dramatic entrance pointed her finger at us with a huge grin on her face. No one says anything for a moment until Rin looks down at herself.

Hanako's favorite joke is The Aristocrats, but she never tells it because Lilly finds it really offensive. Instead, she practices her delivery in front of a mirror when she's alone. It's the only time she never stammers.
Top Well at least Misha seems to be up for it.
Top

Of course she is, but as soon as she notices Shizune's reaction, she'll deny it.
Not Dead Yet
Top
Post Reply
1315 posts