I wanted to make this little post to explain how exactly the Katawa Shoujo Fandub series I kickstarted is going to unfold when it comes to the dubbing of all paths in the VN. The info I'm posting here coincides with the flowchart I've attached below, so make sure to take a look at that!

First off, all the choices will be as neutral as possible leading up to the scene Lunch evolution theory.

In the VN, Lunch evolution theory essentially resets all points you have for one particular girl. Now obviously you can't see the points you've gotten from making specific choices (e.g Ask about library, Ask about Her deafness, or say nothing.) But the game obviously determines which path you get onto as well as how dialogue plays out depending on what previous choices you made.

Second off, whenever a new path is dubbed, it will begin from the 'Lunch evolution theory' scene I mentioned. This is because this scene gives you three choices, and these are: Talk to Hanako, Read my book, or Wait for Shizune and Misha to come to a decision. Choosing 'Talk to Hanako' gives a head start on Hanako, or Lilly's path. Choosing to 'Wait for Shizune and Misha' gives you a good start on Shizune's path. And choosing to 'Read my book' gives a good place to start for Emi or Rin's path/route.

There will be separate playlists on YouTube, one titled Prologue/Act 1 and the others being the playlist for each girl's route. The ending of the Act 1 playlist will be at the start of the 'Lunch evolution theory' scene.

And lastly, when it comes to dubbing each ending for a route, each ending is usually its own episode, as well as being a longer video than most. The bad ends are usually done first, then the neutral and good ends last. Hanako and Rin are the only 2 routes with 3 endings, that being Good, Bad AND Neutral.

And that just about wraps things up. I'm very happy with the support we've been getting so far! I hope this gives a concise outline for the dubbing of all routes as a YouTube series. Feel free to check it out if you haven't already. Thanks - Gray 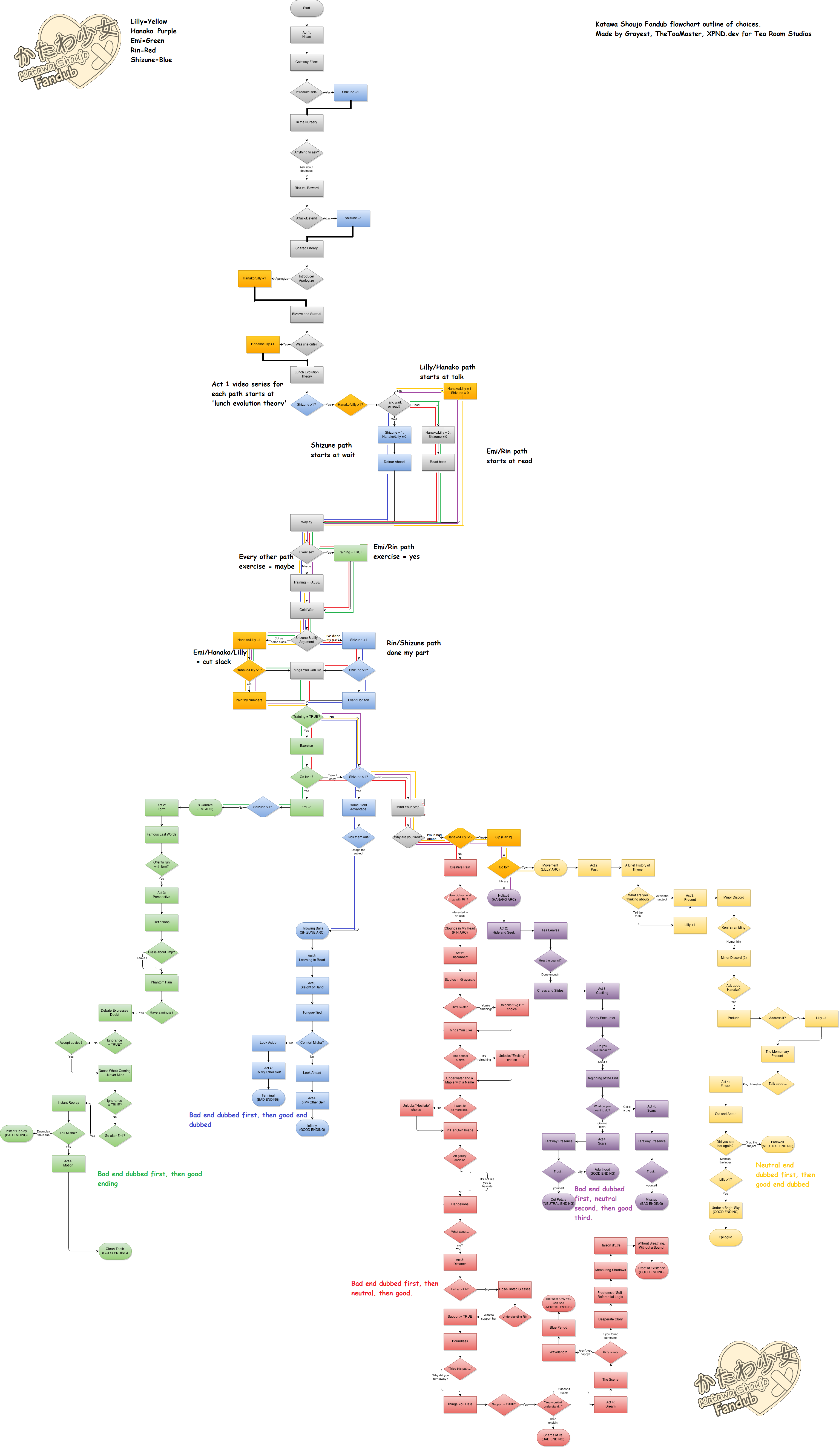 What if the real 'Best girl' was the friends we made along the way?
Top

If anyone has any skills in:
Video editing
Audio editing
We need the help! We're also going to be looking for voice actors for a few roles here and there.
What if the real 'Best girl' was the friends we made along the way?
Top

I plan to do so!
Top

As well as the invite for the project's discord server https://discord.com/invite/hJyXY7Pqsg
What if the real 'Best girl' was the friends we made along the way?
Top

Here we go again. Best of luck to you.
A good writer knows his limits. A great writer finds ways around them.
Top
Post Reply
5 posts • Page 1 of 1