So, we broke the quarter million words milestone, GET went to A22 with the word "plain", coincidentally in the same scene that completed Act 2 for the last path that was still in writing process of the second act.

Other than that, the script alpha for the demo began today (as in, the build got locked and upped to server), but Tc will try to get us a few more testers during this week cause we have good applications and more testers = better. We are trying to scrounge the background source photos while the script alpha and character art production is underway to get everything together at more or less the same time.

In other, but not completely unrelated news, we are currently trying to decide which platforms to support (obvious answer is the ones that Ren'py naturally supports). While we probably will not go as far as including toasters and C64, Suriko came up with this with the help of some groundwork laid by an anon on 4chan: 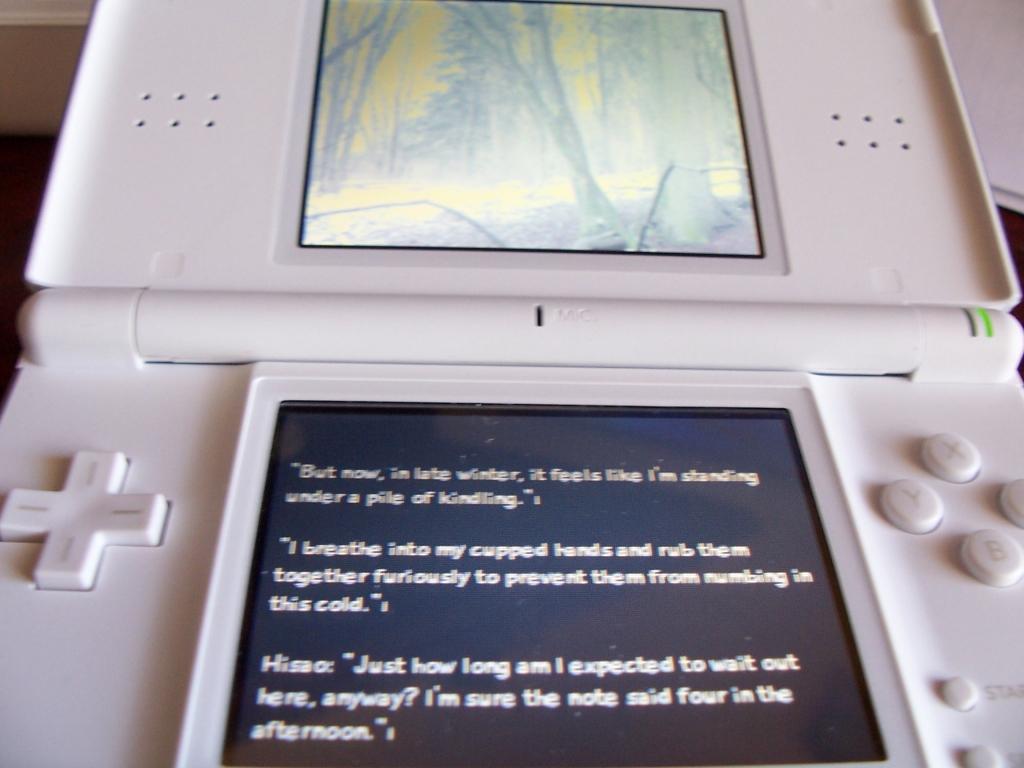 I saw someone mentioning porting to DS the other day whilst passing by the channel, and thought nothing else of it.

It's strange to think that amongst all of the bickering, the late nights finishing scripts, the endless nonesense in the public channel and whatnot that we're actually making something that other humans will willingly read and adapt.