Spanish translation: I can do it.

We are not actively looking for more staff at the moment.
Locked
5 posts • Page 1 of 1

Spanish translation: I can do it.

I just read about this project a few hours ago. I inmediately downloaded the playable chapter, and was immensely pleased with all of your work. I've only played a few visual novels before, but I can tell this is going to be some quality stuff. I want in.
I'm from Chile. My native language is spanish, and I thought I could do something for the project by translating it to neutral spanish. It'll be great to have a visual novel in spanish... not a lot of those around.
I've lived in Asia for a year (Hong Kong, specifically) and watched my share of anime, so I think I can avoid cultural misunderstandings. I also have experience writing in spanish: I won four prizes in highschool for my short stories and one regional prize for poetry.

I'm really interested in this project. I love writing, I'm pretty confident on my english and I have a lot of free time. It would be a pleasure to work with you all.
Top

I'm not entirely sure if ren'py can handle the characters you require, but delta and py'tom can answer that for you.

As for the translation, Delta has already made provisions for alternative languages.

As an individual I have to say that I'm a little worried about the workload and the eventual quality, but if you were to put together a team consisting of a Translator, an Editor and a Proof Reader I'd feel pretty comfortable helping you out.

It should really be a matter of us giving you limited access to the script, and then you sending the translated version back to us.

Send me a PM or come to the irc channel ( #katawa-shoujo @ irc.irchighway.net ) and we can work out the details.
My Novel - Now available The Zemlya Conspiracy
Blog: http://cplcrud.WordPress.com 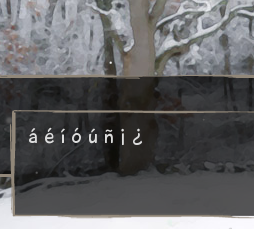 Now that there's three people looking forward to the translation, the best thing we can do is split the workload and edit/proofread what the rest did, as in the following: