What weapons would the KS characters choose?

A forum for general discussion of the game: Open to all punters
Post Reply
99 posts

What weapons would the KS characters choose?

Just a random idea that I had, and probably a bit silly. I've probably thought too much about this, but then again, there's a thread about the KS girls and their roles in tanks, so...

The obvious one is Lilly, and she'd go for a shikomizue, and likely a ceramic one to get through airport security without detection. Traditional ninja weapon, and hey, a fictional blind Japanese swordmaster used one. This completely has not a damn thing to do with pimmy's convenience store thing (in which Lilly uses one to murder Hisao and Kenji for asking if she's wearing a bra), not at all. Mind you, actually carrying such a weapon is incredibly illegal, but so is Jigoro carrying his sword, so hey. I figure she practices, but has never drawn it on a person, and never intends to, but it's there if she needs it. (And, as the daughter of a high-profile Japanese businessman, a degree of personal protection is handy.)

Hanako... despite where rtil went with it (flamethrowers), I really doubt she'd go there. In any case, in a combat scenario (or defending others), she would struggle with a weapon that requires her to get close to her enemy, I think, and would prefer stealth, so we're talking quiet ranged weapons. Or, in a recreational context, she'd want to have a weapon she could practice with on her own, rather than with a sparring partner (Lilly may well use a dummy sword and spar against Akira or something). Add on the fact that she likes elegant, antiquated ways of getting things done, and this leads to archery. I think she'd admire the daikyū, but would find it too impractical, and would go for a somewhat more modern (and Western) style of recurve, but made of natural materials. (In a self-defense scenario, she'd run for it, mind you.)

Emi already has running as a sport, so I don't see her picking up any martial arts (yes, swordfighting and archery count as martial arts) other than as some form of cross-training. In a combat scenario, she'd be at an extreme disadvantage in hands-on martial arts due to her manueverability issues (she can go in a straight line fast, but turning, not so much) and lack of mass, so I think she'd arm herself with daggers. In a self-defense scenario, she could just run away, and would probably do that.

Kenji... explosives. Really, explosives. (Voted "most likely to become a terrorist" of Yamaku's class of 2008.)

Rin wouldn't use weapons, she'd set up decoys that would confuse enemies into either walking into Hanako's line of fire, or into setting off Kenji's explosives. Sorry, no chainsaw arms, she doesn't have the upper body strength to control them.
bhtooefr's one-shot and drabble thread
Enjoy The Silence - Sequel to All I Have (complete)
Enough is enough! I have had it with these motherfucking zombies on this motherfucking forum!
Top 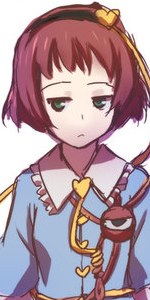 Pft Rin doesn't need weapons. Rin would be a professional savate fighter. In fact she managed to kick Emi in the stomach when Emi hugged her so she definitely has some skill with fighting with her legs. It's pretty hard to kick somebody in the stomach when they are hugging you so Rin must be fairly skilled. Not to mention she could easily do a few submission holds on the opponent and do a figure four leglock. Never underestimate the power of Rin.
Top Emi has two options for combat, charge straight at them, or stay put and go on the defensive. There is no way she would choose the latter, so I would give her a saber, and have her charge her opponent as human cavalry. If she were to really go for becoming a pirate, than she would obviously use a cutlass, or in this day and age, an AK-47.

Hisao can't take the strain of using most weapons, so he would have a gun, probably something without too much recoil.

Whatever other differences they may have, Shizune and Jigoro share a lack of subtlety, so she would probably carry around the family sword, right out in the open. I could also see her using a really big gun, but if you want any specifics, ask someone who knows anything about guns. She is the one I can see using a flamethrower, the sort of weapon that just screams "I WILL DESTROY YOU"

Misha might use a chainsaw, or possibly a big machine gun to match Shizune. Even less realistically, she could use a drill, some giant thing straight out of TTGL, or a narrow one that serves basically as a spinning lance. One thing is sure, whatever she uses, it will be loud.

This is a bad topic. There's a new random ks topic to dump it in.
Founder and cheif librarian ofThe Yamaku Library, A Fan Fiction Archive
Vice president of the Yamaku Book Club

To be fair, I thought the random thread was more for specific random KS thoughts, not things in more detail where there could be discussion.

I shied away from firearms, and I have trouble seeing Misha with one, but if she must (or if she moves to somewhere like Texas)... tacticooled Hello Kitty AR-15. Completely tasteless, pink, and fits into her Ameriphilia.
bhtooefr's one-shot and drabble thread
Enjoy The Silence - Sequel to All I Have (complete)
Enough is enough! I have had it with these motherfucking zombies on this motherfucking forum!
Top

Tune in to my next topic: What feudal dynasties the KS cast resembles the most?
Founder and cheif librarian ofThe Yamaku Library, A Fan Fiction Archive
Vice president of the Yamaku Book Club

Comrade wrote:Tune in to my next topic: What feudal dynasties the KS cast resembles the most?

I'll do a companion thread: "What toppings would the KS cast pick at a hot dog stand?"

Lilly's cane is basically a hidden katana. This video proves it:
https://www.youtube.com/watch?v=6ovmtKSQTVU

Shizune would use an assault rifle--StG44/MP44, maybe? Something with class and history.

Hanako definitely would use a flamethrower--assuming she went nuts, singing 'LET IT BURN! LET IT BURN!'.

Rin will set-up mines and call herself 'Teemo'.

I came here to post about Hanako using a flamethrower. I'm pleased that it's already mentioned twice.
Top

Oh, I'm pretty damn sure on Lilly (and I do believe I referenced that video, just didn't bother to look up the link, because I'm on a phone). It's the others I'm not sure on.
bhtooefr's one-shot and drabble thread
Enjoy The Silence - Sequel to All I Have (complete)
Enough is enough! I have had it with these motherfucking zombies on this motherfucking forum!
Top

Emi- karate or something with those robes, i can imagine her in a Kung fu thing beating a load of ninjas then making her happy face and walking away like it was nothing.( but I do want to see a shotgun come out her prosthetic like in the film, the Lone Ranger.

Lilly- pepper spray, I can't see lilly as the type to Cary around a very harmful weaponi feel ashamed at making that joke already

Hanako- I'm not sure about a flamethrower, it's a bit over the top. But I can see hanako as kind of a Robin Hood figure, with a bow and arrow stealing from the rich and giving to orphans ( her costume wouldn't be green but a dark purple and a mix of black)

Rin-... Is there anything rin can have? Laser vision is most necessary.

Misha- she'd just have a switch that made her drills actuall drills that drilled peoples faces off
"Ohana means family, and family means nobody gets left behind. But if you want to leave fine. Just know that I'll never forget you." - lelo and stitch

You have no idea how long I've waited for this to be relevant:

SpunkySix wrote:You have no idea how long I've waited for this to be relevant:

I considered saying she would make a good viking berserker, charging in with a massive sword or axe, but I decided it didn't suit her. Opinion revised, get the time machine, we're going to 867 A.D, England, and Emi is going to outdo the entire Great Heathen Army by herself. WE WILL FOUND A NEW KINGDOM OF YAMAKU WITH A THRONE MADE OF ENGLISH SKULLS, A CASTLE MADE FROM THE RUINS OF THEIR CHURCHES, AND A CROWN FROM THEIR FINGERBONES!

I can't believe no one's pegged Hanako for a long-range sniper in a Ghillie suit. Keeps her distance and stays hidden.

Also, Shizune would just have a ceremonial commander's sword, as she'd be in charge, not on the front lines.
NB: none of the above is a request

Why the hell would any of the characters need to carry weapons? Maybe Kenji, but he's nuts.
This song has been in my head for 20 years.
---
A loony's tune.
Top
Post Reply
99 posts