Kazuki wrote: Wow, the summer house question was relevant? I swear, some of these choices can be so mean.

Of course it is. It's the same kind of thing. [X] Tell her what's on your mind, thus demonstrating how much you care about her [ ] Keep things secret and enjoy it while it lasts
Top

Man, what the hell??! I can't believe she left just because I indulged Kenji's rants or didn't ask some random cunt about Hanako; I mean, I even told Lilly about Iwanako, FFS, and against my own instincts!... However, it's good to know that there's a way out of this hell. BRB.
Top 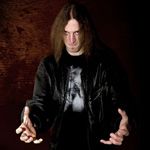 How would you order the routes for the first playthrough?

I passed Act 1 and went for Hanako route (because *_*), however by reading some non-spoiler threads, tons of people wish they didn't choose that route as their first playthrough.

So, I'm going to pause the Hanako route a bit, and want to get some opinions from the people who passed the game (or most of it). If you were me, how would you order the routes, to wrap up with the "best" route last? I'm aware that "best" is subjective, hence I'm going to wait a week or so for some answers here. I do think that now I intend to leave Hanako's route as last one.

Please, advise. And of course, no spoilers

Personally I did Lilly first as I came to this game completely ignorant and she was just the girl that stuck about as the best. I prefer a woman rather than a girl ya know. I did end up becoming a bit attached to her path but that's easy to get over so I think you should just play and not worry about it.

I am however going to save Rin for last.
Top

Wait you do mean Lilly as the most Hollywoodish finish right? I don't think anyone could put that ending as the least Hollywood.
Top

Cryptic philosophy, followed by a double dose of harsh reality, then a realization dream...
(I will be re-running through for the missing ends afterwards... if I don't keep getting stuck in Katawa Crash...)
Top

I'll describe them (without definitive spoilers. Maybe minor ones) in order of darkest to most lighthearted (at least, in my opinion)

Rin will break your thought process. And her path is extremely dark and edgy compared to the others. It is a very varied path, and will leave you emotionally drained, if not mentally as well. It feels amazing once you get the good ending for it though

Lilly's is very heartwarming and sweet throughout, though gets suddenly intense, dramatic, and scares you towards the end, to the point where I thought I was going to get a bad ending. But then I heard the music box... This path actually probably brought the most tears to my eyes, both happy and sad, though Rin's came very close.

Hanako's is somewhat short compared to the others, and chronologically ends before the others too (her path only covers about half of the time that is covered in Lilly's path). It's still nice though, and you learn more about her and her scars and such. Honestly though, because it ends so early compared to the others, the character development seems weak, especially if you've already seen Hanako's development in Lilly's path (but that's also due to chronological reasons, since Lilly's path ends way after Hanako's path, thus giving her more time to develop than in her own path)

Emi's is pretty casual and lighthearted compared to the first 3 I mentioned, and even your relationship with Emi is a pretty casual and fun one. There's some drama of course, though it's not as intense as the other 3 paths mentioned so far.

Shizune's was surprisingly carefree and hilarious, and is probably the most lighthearted path. It's also the longest, and the fact that there's only one dialogue choice after Act 1 makes it seem even longer. What's interesting is, most of the conflict and drama revolves around Misha, not Shizune, unlike the other paths.
Been a KS fan since late 2010, and am grateful for all the devs do! You guys rock!

Chances are, if you start with the girl you like the most, and if her writer's style suits you, you're going to get stuck on her for quite a while.

Seems especially true for Hanako fans, at least from what they post.

If you have no clear favorite, you should probably

a) Play Act I choosing things that feel the most natural, and then go along with it (large chance you'll either get Emi, Rin or Kenji)

b) Play Act I to get one of Rin/Emi pairing. They both appear to receive quite an overhaul and should prepare you well for other girls, who mostly from Act I demos seemed "serious" in comparison. Warning : As written above, Rin's path is, reportedly (I only finished Lilly and progressed Hanako beyond middle act 2. I'm currently in Hanako's act III) very emotionally draining, very hard, and with 3 different endings.

c) Play Act I to get Shizune. She doesn't seem quite as emotionally wrecking as the others but is reportedly still well-written and satisfying, but you're less likely to get stuck on her unless she's your favorite.

That's what I'd reccomend. If you're a Hanako fan, you may have problems with going for full completion of the game after her route. Personally, I found Lilly's path very emotionally engaging and now I only proceed very slowly with the other roads, so I cannot exactly reccomend starting with it.

If I were to re-play them, I'd go in this order:
Shizune - Light-heartedness, and a case of first-girl-wins (warning: TVTropes Link. Austy isn't responsible for wasted time resulting from clicking the link)
Hanako - It's short, with a big dose of plot in a small time frame Also, after what development I've seen in her in Lilly's route, I think she's better off without being in a relationship with Hisao
Rin/Emi - These two are the emotional roller-coasters - I'd have Rin be third (following the middle-hump principle seen in your average school/work week) and Emi fourth. Rin's an emotional rollercoaster throughout, and Emi's an emotion-dump near the end, as a result, I felt Emi's route had the bigger emotional impact (especially after all the crap she's put Hisao through)
Lilly - From what I can tell so far, this route is the biggest one in terms of emotional development for Hisao. Right now I'm at the confession, and I'm crying. I am so glad I saved this route for last
Manual breathing activated!

Hmm.. I'd probably recommend Lilly's last, if only because it has an epilogue/timeskip scene after the credits, unlike the other paths which end with the final scene and credits. It also feels the most ending-y, if that makes any sense. Others leave open interpretation up for the events after the path, whereas Lilly's more or less brings everything to a satisfying close.
Been a KS fan since late 2010, and am grateful for all the devs do! You guys rock! 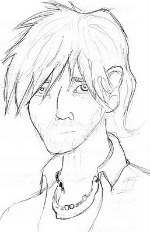 As someone who's only played through one route, I can only say one thing for certain.

Do not play Rin first.

I loved everything about the path, but it destroyed me emotionally. I finished it on Monday and I'm only now getting over it. I've had personal, real life tragedies that haven't kicked me in gut like her story did.

After that, I'm not sure that I can continue on to other stories. At the back of my mind I would always wonder what became of Rin absent Hisao. Too many hints were peppered through conversations to make me think that she would have survived long without completely burning out and self destructing.

Maybe next week I'll be able to go through again.

I agree with whoever put her squarely in the middle. Do not start with her, do not end with her. But by all means, do not ignore her either. Her story is one well worth the emotional trauma.
I'm not sentimental
This skin and bones is a rental
And no one makes it out alive
Until I die I'll sing these songs
On the shores of Babylon
Still looking for a home
In a world where I belong
Top

NubChaos wrote:Hmm.. I'd probably recommend Lilly's last, if only because it has an epilogue/timeskip scene after the credits, unlike the other paths which end with the final scene and credits. It also feels the most ending-y, if that makes any sense. Others leave open interpretation up for the events after the path, whereas Lilly's more or less brings everything to a satisfying close.

True, but it's basically a longer and slightly more detailed "and they lived happily ever after". All of the endings are open-ended, it's just that in seems in Lilly's it requires less imagination to make out what will happen.

As others have said, do not, not, not play Rin's route first. I'd recommend saving her for last, despite her being tied for my favourite. It's a truly beautiful route, but it's so dark. I didn't play Katawa Shoujo for a few days because of that.

Aside from that, I'd recommend Shizune first, then Lilly, then Hanako. I'll get back to you with Emi later when I finish her route.
Rin/Shizune > Lilly > Hanako > Emi.
Top

I went for Hanako and Lilly last (in this order), and gotta say their routes left me unimpressed. I don't know if it were different if I'd taken one of those first, you know, like, discovering the game together with that girl, with a clear conscience, an empty page of paper.
But then again, it was pretty clear for me from the start that I'm not the type of guy that'd go "Oh my gosh, she's so sweet, I cannot play any other route now cuz that'd feel like cheating". If you're one of those and it's somehow important for you to play the complete game, yeah, you might keep her for last. But I find it odd to base that preference on just the demo. So you see a character and have two conversations with it and spend the next two years waiting "so I can finally be with mai waifu".
But as you said, everything is highly subjective in this matter. My advice would be to just keep playing whatever girl you want to know better. When I'm asking girls out IRL I don't "work my way up" to my real target, either.
Top
Post Reply
986 posts