Re: To the people who passed all the routes.

ravenlord wrote:My path with Emi was blind, and I got the good ending through the alternate path. It adds 10x feels to the arc

Re: To the people who passed all the routes.

Again, Thanks for the suggestions!

Can't wait to read the game after a hard months work.

Should I play all characters, and all routes?

Fairly self-explanatory. I finished Hanako's story as my first and took a break from the feels for a few days, but now I find myself wanting to play the game in its entirety. But I wasn't even interested in Shizune/Emi at all. (No offense to those who were) Should I complete all the storylines, and if I went for Hanako's path the first time around, which route should I play last so as to end the game on the best note possible? This is obviously directed at people who've completed all paths.

I'd also like to know if I should see the neutral and bad endings for each character, or if seeing these would ruin the good story for me.

Play through everyone's arc. Then get 100%. Then let everything simmer. Think on it, let the experience sit in the back of your mind for a couple weeks. Then go through it all again. You'll see everything with new eyes. Frankly, that's how you should experience anything worthwhile. 'course, with many things, the 100% isn't strictly needed.
Current Project: Misha Pseudo-Route

I would just go into it blindly no guides no goals set just play it and answer honestly and then after try something different. I got all the good endings without a guide but it pained me to much to get 100 percent with the bad endings.
Top

Honestly, I was tentative about bothering with Emi and Lilly's routes. Having finished all of them, though, I'm glad I took the time. Don't let your first perception of the characters stop you from exploring their stories - there's much more to them than the first few casual meetings portend.

Reading in general is like that. It's really difficult to make an educated decision about whether you'll enjoy a particular book based on the first page or the back cover. Assuming it's a genre you enjoy. Consider that the meetings in Act 1 are like flipping over a paperback and reading the synopsis - it's merely an introduction and not necessarily indicative of the actual story.

That's true. Reading is the same way for me as well. I find it difficult to want to read, but the moment I start a book I won't put it down until it's finished. I guess that's one question answered.

I say do all the paths get to know each of the characters, but if you ask me which one to keep last I'll say Lilly's especially since you're a Hanako fan and also because there is no bad ending only good/neutral so the worst you can get is a bittersweet end.

I do however also reccomend Emi's path you may not have liked her at first glance but since you went with Hanako you only see her about twice in Act 1 so give her path a go if you're anything like me her path will make you have deep feels, same goes with Lilly's path.
Fave Girls: Lilly >Emi > Hanako > Shizune > Rin
Fave Misc. Characters: Akira>Miki>Yuuko>Misha>Nurse>Kenji>Nomiya>Hideaki>Jigoro
Fave Paths: Lilly > Emi > Hanako > Rin > Shizune
Top

On one hand, doing the other routes means that you will learn more about your favorite girl, and it gives you a deeper appriciation for her. On the other hand, it can be frustrating to interact with your favorite girl in another path and be unable to do anything with her. Depending upon the girl and the path, it can lead to some truely heartbreaking moments.

In the end I think most people want to true to their favorite girl, but cave to curiousity and start other paths. It is natural, so I think you should go for it when you are ready, but strap in for a rollercoaster ride.
Hanako>Shizune>Lilly>Emi>Rin {100% complete}

Without a doubt. Play them all. Get at least two endings with each girl before you even try to look at a walkthrough or guide. In fact, I wouldn't even go to the LIbrary section of the menu until you've completed a minimum of two endings each. If you don't know what's coming, it's going to be more fun and have a greater emotional affect on you.
Not Dead Yet
Top

Your ultimate goal is get the manly picnic each and everytime, lest you want those goddamn feminists to win
Top

random wrote:Your ultimate goal is get the manly picnic each and everytime, lest you want those goddamn feminists to win


This is the answer I was looking for. Thanks for trying to contribute to everyone else, but this man has helped me make the right choice.

Completed the game 100% in about two weeks maybe two months ago, maybe more? Though certain routes hit me way harder than others, it was cool to get different perspectives of our protagonist and see different pieces of people and circumstances I was familiar with in the cast and their stories. Definitely helped put some long-dormant stuff, both huge and inconsequential, into perspective.

I've had some free time where I'm at between jobs, and I decided to 100% the game again on my old, rusted, busted laptop. The main stories didn't hit me as much, which is understandable. However, the second go-around refreshed my memory on some things, and knowing how all the routes play out makes the most incidental, off-the-cuff remarks and lines in the game take on a whole new meaning. 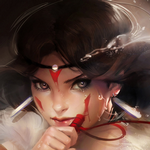 Yes, but not necessarily all in one go. Play at your own pace, and don't force yourself to try to move onto the next girl while you're still feeling the aftermath of the previous one.

Meiko will be my waifu. I swear it on my honour. </Zuko>
Top

Well of course not. Gotta take a few days of spamming the KS forums to let the feels die down, then giving a different route a shot. I took about 4 days off after Hanako's route, and I'm going for Shizune's now. I only play from around 10 pm to 3 am, so it's not like I'm getting it all in one go.

The biggest dilemma in Katawa Shoujo:
'Should I recommend this to my﻿ friends or do I want them to continue to see me as mentally healthy?'
Mashup of the month: "Damn It Feels Good To Be a Cripple"
Top
Post Reply
986 posts