A forum for general discussion of the game: Open to all punters
Post Reply
296 posts

How Has Katawa Shoujo Changed You If it Has?

And of course I mean as a person, mostly mentally, though all the people have gotten things such a work out plan (thanks Emi) do to the game, feel free to mention that too

Anyway, the game changed me because after playing it I seemed more happy with myself and a bit more polite. I also noticed conversion cues better, I didn't ram into things like a rhino (lol, Misha). That had often made me have trouble getting along with people, of course I sometimes still do, but not so often. I think the major thing that changed me though was my conception of art, do to Rin's route. For most of my life the path of any sort of artist I had wanted in my path, a lot of the time it was author and illustrator, though now I think I would be highly okay with being a regular artist. Before playing Rin's path, I liked art, but I didn't take it seriously and I wasn't learning anything, I was always drawing carelessly and never improving. I could draw a pretty picture at times, though most of the time that was with some sort of help, like a tutorial, and most of the times I didn't unless I was determined to draw something good, which wasn't often. After Rin's path I had noticed if I wanted to be an artist I would have to improve everything. I tried much harder, and learned from my mistakes. I even used skills such as subtractive drawing more often. Many people think I work extremely hard and find my art a lot more alluring, which never used to happen. And even if I did work hard, which I do, I can deal with it. I love drawing, it makes me feel so much success, and this sense of success I never felt before.

Now, what about you guys?
I don't know what to put here, yet. I may put something here.
Top

Didn't really change me much, honestly. Made me take a good look in the mirror and sort out some personal nonsense, but it didn't turn me into a paragon of virtue or some kind of super athlete, either.

It got me writing fanfiction again, which I'm on the fence about, honestly. Having an audience with similar interests that aren't terrible, self-absorbed college kids with no souls and less skills (did you know there's people out there who fancy themselves hot shot writers that haven't read a single Goddamned book outside of terrible young adult fiction?), is pretty killer, and provides me an exercise that's surprisingly difficult to work with (using a borrowed setting and canon is HARD, guys). But in the end, it kills me because it's proof that KS is my friggin' soap opera and I'm a hopeless crybaby for cartoony disabled girls.

Made me cut down on the caffiene, I guess, too.

I suck at this game.

It didn't really change me all that much. however it has gotten me more interested in Visual Novels and freeware games.

if anything it makes me feel a little lonely.
I'd love to lay down and watch stars with Rin...
play Yume Nikki!come on, you know you want to...

It encouraged me to exercise after 2 years since the first time I'm in college...

other than that, it kinda' motivates me mentally to finish my work on time and meet deadlines while trying to accomplish as many things as possible.

It made me a more tolerant and better understanding person.

Also, it took the white knight that was hogging my persona, stripped him, cut his balls, roasted them and made him eat them. It then transformed into a cosmic abomination and devoured him in a single gulp.

There was no mourning.
And to live in Peace A post Hanako Good End fanfiction. That about sums it up.

It didn't really change me .... but i like the emi exercise program thing ... everything else i really don't believe ... " because i played hanako's arc im more understanding of peoples feelings now " ... ( if the game itself changed your life good ) ... but it took me years to change from a social outcast to being more social ... and there wasn't just one factor ( gaining more self worth and self esteem , family and friends , time , and a new location ) so i myself don't believe that KS can change people ... but i can believe that it can inspire people to think about changing
Top

I dont think its changed me. It inspired me definitely.

It has added to the change in me I guess, I been working through alot of shit and had various different people/things/stories/inspirations etc. This just added to everything else.

It's always nice to be reminded that my problems are pretty damn insignificant and this did just that. ^^

KS made me evaluate my life and reprioritize my activities. Some things that changed for me are: no more TV and only only 1 hour of non-KS gaming a day. I am back in night school finishing my double-major in teaching and Japanese. That was something that I quit when I switched to my engineering degree, because my grandparents would only pay for a degree that "had high employment opportunities and investment return". Now I am paying for my own schooling so I am getting a degree that "I" want, not that someone else wants. I am working out again, and I bought a stationary bike so that there are no excuses to skip a day -- and an hour on the bike is nothing when I have KS on my iPod

. I spend 15 minutes each day reveiwing my day, and looking over my short term and long term goals. This forces me to seize each day, instead of allowing the days and weeks to run and blur into each other as if they have no value.

Honeslty, before KS I felt like a zombie just going throught the motions. But after KS i feel alive again, actually human, and I don't want to waste another second of my life with aimless drifting 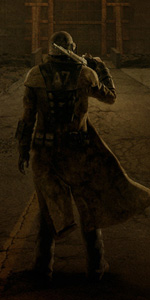 After playing KS , i was encouraged to make better future after i complete my college this year. I has promise to everyone who close to me that i will become better man and try fix all my mistakes of the past.
"I believe everything like horse race. When you are lose, simply ride the horse again and face any challange"
Twitter : @GrimPointman, Skype : steven.yehezkiel6791
Top

KS did two things to me. First, it made me remember the things that have been weighing down on me since I was young, which is a good thing as though it has had me depressed for a while, I've now been able to slowly come to terms with a lot of it. It's also made me want to get out into the world and try to meet people, who'll hopefully care as much about me as I do them. (I put the whole thing up in the Hanako's Broken Hearts Club thread, page 38ish. An amazing thread it is too!)
Another thing, it's inspired me to do things I enjoy doing. I'm reading and writing again, both were things I used to love doing but stopped when life became too busy and I started to think that those kinds of things were meaningless wastes of time. I actually got myself involved with writing a path for a new VN we're working on, which is in my sig.

It hasn't changed me one bit. Video games rarely change me. Not saying that it doesn't have the power to change people but it didn't work for me. Meh.
http://soundcloud.com/benjamin-a-snow/p ... f-complete
^My hip-hop flip sample of Painful History 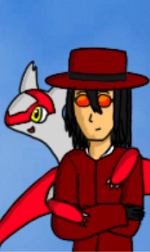 it turned me from an internet scumbag, a troll, into a sensitive guy that cares about everyone else and wants to help everyone as much as he can. for further details read my story on page 39 of Hanako's Broken Heart Club thread...
click here
Top 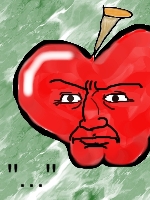 I've gone into this in a lot more detail in some of my other posts, but just to paraphrase:

Katawa Shoujo showed up in my life at a very opportune time. A lot of other shit had been happening that all just sort of converged in at once. KS was a glimmer of happiness that managed to give me the last nudge I needed to make some big changes.

I'm quite overweight, but KS gave me the motivation I needed to get my diet in full effect, and get a real exercise routine started. I'm also going to be doing some sort of volunteer work for people in need, as all the things in my life have turned my mind to altruism. I don't have much money, but I have plenty of time, so I want to donate it in some meaningful way.

Somehow, I got my ass in gear about music and actually practice about twice/thrice as Much as I used too. This is a change IMO.

Marching Band starts back up soon. HOO-AH!
MY CODE:
1-Every Day is a New Day! 2-Never Give Up 3-Never stop being Positive 4-Marching Band FTW! 5-Be Nice to everyone.
Top

Not the game itself, but the community influenced me to actually exercise.
Top
Post Reply
296 posts