d2r wrote:"broke both of my legs and put me in a feelchair".

This is much too clever for me not to file away.

I have also pimped our shit at the workplace since ever, yo.

Yes. Once I returned to college after winter break, I told my friends about the game. At the time, I figured only one or two of them would check it out, but I was surprised to find that all of them not only checked it out, but absolutely loved it.

In fact, I found out about Katawa Shoujo by being indirectly told about it. My online gaming buddies were talking after a session about how excited they were for the game's release and being the curious individual that I am, I eavesdropped on their conversation. Soon, I was asking questions and before I knew it, I was sharing their excitement.
Top

Yes. It was during my birthday; I had some friends pay a visit to my place and showed one of them, an inveterate otaku, this.

And then there's that Hanako wallpaper I have in my device...
"What the government is good at is collecting taxes, taking away your freedoms and killing people. It’s not good at much else."
- Tom Clancy summing up l'état in a nutshell

Yes, with my brother and wife. The stories are too good to not share, but at the same time I'm discriminating about who I'll have conversations about this sort of thing with.

In my wife's case, I wanted to share it with her because KS got me thinking about how seemingly inconsequential choices can fundamentally alter a person's life, and the fragility of the happiness we build for ourselves. Hardly new observations, I know, but knowing something abstractly and understanding it intuitively are two different things, I've found. KS really brought these things out of the background of my perception. Anyhow, I saw many parallels between our relationship and Emi's story, and I wanted to share them with her. Lily's too.

In my brother's case, I wanted to share KS with him because we've both become increasingly dissatisfied with the quality of storytelling in video games as we've gotten older. Individual tastes change over time, of course, but I do think that the medium is often used to deliver more spectacle than substance. KS tried and, with me at least, succeeded in provoking a much deeper emotional response then most of what is in my Steam library. When I was talking with him about it, I put KS at the same level as Planescape: Torment and the first Walking Dead game.
Top

Got one of my friends who likes VNs to play it, then I introduced it to my girlfriend.
Infact, about half my friends have actually played ks now.
== Cyclaptop [~Cyclamate@86.90.200.214] has quit [Client Quit]
<MishaBot> Aww... I miss Cyclaptop...

(Also, the Walking Dead game is mechanically and conceptually okay, but it wasn't as good as everyone says)

EDIT: Yes, the Walking Game (coughdayzcough) is fun, but I meant to say Walking Dead.
Last edited by ParagonTerminus on Tue Jul 29, 2014 5:35 am, edited 1 time in total.
The best feeling in the world (FTL)

Except choices in KS actually matter and are relevant to the overall course of events.
I love the interpretation of Pac-Man where he's a just a lowly worker retrieving golf balls left all over the course by the rich masters and the ghosts are all previous workers who got conked on the head and killed by incoming golf balls in the line of duty.
Top

"Do you want the blue pill or the red pill? Fuck you, they're both LSD."
The best feeling in the world (FTL)

I told my girlfriend about it, other then that i've told a few internet friends.
Top

Told a good friend of mine who watches alot of anime so i knew he would't be wierded out by this, he's currently playing.
Also told some other close friends who dont watch anime that i just game with, 1 was intrested, the others are 'open' and react normal whenever i enter our Raidcall group sobbing and on the feels train.
that 1 friend got really intrested when i told him about the KD syndrome(because he has a hard time 'controlling' himself), dont know if he plays tho.
"you should try this game called: Katawa shoujo"
"what is it about?
"getting into relationships with crippled girls"
"Dude thats sick!!"
"While playing the game you get a syndrome that removes the lust to fap, once you finnaly do fap you burst like its your first time"
"where's the download link?"
Top

Told 2 people. One of which still hasn't tried, but will be playing tonight. The other inadvertently pushed me into it, asking me if I ever played a dating sim before. I went on a quest for a suitable one, and stumbled across this. I then had a rather interesting encounter with him where I was down and he dragged it out of me. He played and instantly understood why I was so down afterwords.
Lilly = Rin > Hanako > Emi > Misha > Shizune

I'm back in action.
Top

Told one female friend about it, and she wasn't particularly interested but didn't object to it.

Told another female friend, and she showed some interest. I had her read the character bios on the website, and she identified with Hanako's character traits. She didn't show much interest in playing it, mostly because I didn't ask, but it was still a curiosity for her.
Current Number of Fanfics Cooked: 2
Top 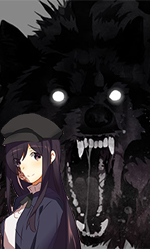 I told my girlfriend about it when I finished Emi's route. She noticed I was acting strange and slightly depressed and asked me what was wrong.
I took my sweet time explaining it to her, first the concept of a visual novel, then what the story is about and finally why it affected my so strongly.

She took it all surprisingly well, even though she still doesn't understand why I am like this

It's especially hard explaining this story in Portuguese, because the word we have for disability can easily be used a synonym for "retard" and is used many many times as exactly that. So it was really really hard to explain how the disabilities were not glorified or fetish-sized in any single way.

It's also really difficult to try and describe the raw power of the characters and their story without referring to them by their disability. The game makes it so easily to connect with them and kind of get over their appearance, that when you are talking to someone else you tend to forget that other people haven't played the game (and most shan't) and therefore don't know the characters as you do.

Thread merging happened. Don't panic.
Shattering your dreams since '94. I also fought COVID in '20 and all I got was this lousy forum sig.