Why do you do this to me? I am weeping. At work. Stahp.
Top

I found that one a few weeks ago, while I was looking through Mehkanik's pastebin. I also thought it was amazing, if not as well-known as his epilogues.
Piano music for the KS soundtrack; I've done a few transcriptions which are on page 43 of that thread. Also, I wrote a musical theme for Scissorlips' amazing Suzu pseudo-route, which I then recorded here.
Top 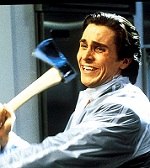 Okay. Someone at some point on this has to at least mention Leaty's Meantime to break down it's still a work in progress but it seems to be getting better with every update.
Top 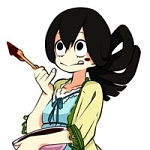 Dr. Worm also has a small bundle of fictions floating around, one of which (of what I believe is two) being Once More. Forgetmenot's Kagami Pseudo-Route is also another I'd recommend.

They're not as well-known as Scissorlips' work on Suzu or Thanatos02's work on Akira, and they're both OCs in a WIP -- but they're great reads nonetheless.
-An occasional art thread.
pig dissections and cadaver examinations.
Top 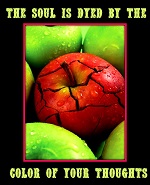 What would it be like if it was not Hisao but Iwanako who had arrhythmia, had that heart attack on the snow, and went to Yamaku instead?

That's what Leaty asked when formulating Mean Time to Breakdown. Go read it and review it. Seriously, it needs more love. Notice how I'm the first second one to mention it?

There was a fellow here by the name of FluffAndCrunch, but he appears to have been banned while I was lurking years ago. He's one of the only KS authors I know which have made use of the legendary love triangle. Check out his Pastebin. From what I read last, he's working on Lilly Route: Conflict, which is Hisao taking on Lilly's patriarchal father, I believe. The author is mostly known for Scar Tissue and Class of 2017, and other fics that take place in a Lilly Route After Story timeline of sorts. Hanako gets some love too, though. Lots and lots of love.

Other fanfics that bear mentioning have already been mentioned. I'd recommend Doomish's wonderfully macabre work, but it seems it has been expunged. Alas, the author and the works shall be missed.

There aren't many fanfics that I remember despite having read over dozens of them. There were a few other authors, but as stated, they were either banned or moved on to more frivolous things like Deadman Wonderland. Alas, it seems every author whose words I like either get banned or move on.
"If the world is cold, make it your business to build fires."
— Horace Traubel
Top
Post Reply
20 posts