I've noticed that there are a few recurring themes and frequently asked questions by newcomers to the forums, so I figured that it would be helpful to address these big points, and perhaps explain some of the unofficial rules and realities of the KS forums.

As always, the Official FAQ should be your first stop. Those are the rules that are actually enforced, while any "rules" here are just the mores that have developed over time. Even longtime regulars are bad about the "Spoilers" rule, but that doesn't mean it's a bad rule.

Are the Devs Active Here?

Yes and no. Aura's pretty solid about keeping up with the "Ask" thread, Hivemind pops in occasionally, and Silentcook seems to be the benevolent shadow dictator. All the devs have forum accounts, but most of them rarely seem to be used anymore. If you have a question for the devs, refer to the "Ask" thread. I would strongly recommend reading it (yes, all 150 or so pages) before asking a question, because most have already been asked (and answered).

If you want to stalk the devs, the blog posted a handy guide, listing the various active public showings of the devs. If you search, you can probably find other traces of the devs, but they're likely not active. Admittedly, some of that guide is already outdated.

If you want to talk to people who were involved in the development of the game, many of them tend to hang out on the official irc channel. They're human beings, and most of them are ambivalent (or worse) with regard to fans ogling them. If you're going to go to the irc channel, expect them to be people, not KS celebrities. Also, the channel rarely discusses KS itself, and can at times be hostile to people who bring it up, for fair warning. If you want to discuss KS, the forums here are a much safer and more accommodating environment.

If you want to give a shout-out or thanks to the Devs, perhaps tell a story of what KS has done for you, there's a thread for that.

As for the devs you don't find through these sources, there's a reason for that. Respect their wishes.

Why didn't the game have-

Because the devs decided it wasn't necessary for the final product.

Was there any major drama in development? Did any part of the game suffer due to drama?

There was almost certainly drama in development, especially in the early stages, but most of that drama is stuff the devs would rather keep to themselves. Officially, there was no sort of meltdown or other catastrophic falling out. The devs did not "phone in" or otherwise give a "quick fix" to glaring errors or plot holes in order to ship. The final game was a product which satisfied the devs. There is no sense among the devs of "what could have been."

I have so much FEELS! What should I do?!

When KS (or any other media) gives you feels, it's because there's something in the media that speaks to you. Generally, you see something that you want, but can't have (a lost loved one, a romantic partner, happiness, a sense of belonging, fulfillment, etc.) It's best to look deep within yourself, and try to figure out what it is that your body's telling you that you want.

Once you discover the problem, it will be all too tempting to blame externalities - the world's full of awful people, no girl's as perfect as the one in my computer, etc. While that may be the primary cause, you can't do anything about that. In fact, the only thing that you can really change is yourself. Fortunately, that's all you need to change. It will be hard, you will fail, and you will be discouraged. If you keep at it, however, you will be better for it.

Feels tend to give people a burst of energy, the desire and drive to do something. Usually, this drive is directionless, and often inclined towards prolonging the experience. There's nothing inherently wrong with wanting to keep KS with you as you continue your life. What matters is how you do so. As a general rule, actions will either be directed inward as a retreat from others and the world (anti-social), or outward, to engage others and the world (pro-social). Creating an imaginary friend or living Yamaku fantasies in your room is an antisocial direction of energy. Getting out and exercising, finding a new value in living every day, respecting others for who they are, and creating (yes, even crappy fanfiction) are pro-social directions of energy. If you find yourself inclined more toward the anti-social exertions, you should try to push yourself out of your comfort zone, toward more pro-social pursuits. In some cases, this may require professional help. A little escapism is perfectly healthy and acceptable. Denying reality in favor of your escape is unhealthy and dangerous.

(Mod edit: now there's a thread for them too.)

It's a semi-sarcastic term for strong emotions, particularly those related to catharsis and melancholy.

So what do we do here?

Due to the forum rules, we discuss various aspects of the game, its world, and how it relates to us. The moderators are generally somewhat lenient about this, but don't try them. Hanako's Broken Heart Club is a popular haunt, mostly for people to talk about where they are in life and otherwise be a support group. Remember, though, the best the people here can be is a support group - if you have real problems, you need to see a therapist. The people here can only do so much. Many people find themselves drawn to the "Fan Works" forums, where there is a vibrant fan fiction community, a somewhat more subdued fan art community, and a generic fan works community, which I'm still trying to make sense of myself. There are some people who are a little crass, and some who come off as somewhat trollish, but, on balance, the forums are almost a sort of massive group hug.

What's this about Katawa Shoujo being locked down with restrictions?

As a work presented in a fixed form, Katawa Shoujo is copyrighted, meaning all rights reserved. All rights. In their charity, 4LS has decided to grant a blanket license in the form of Creative Commons 3.0 BY-NC-ND. This means that Katawa Shoujo can be freely copied and distributed in its official form, provided 4LS received proper credit, and there is no commercial use of the reproductions. ND means that any derivative works are not covered by this license. As the devs are the ones enforcing this license, they generally mean "derivative" in the sense of creating new works with the actual assets of the game. They seem to have no issue with fan art, fan fiction, and works derived from screenshots. Due to the international nature of 4LS and the intricacies of international copyright law, things get really messy really quickly, but here's the simple version:

KS is copyrighted. The Devs have chosen to allow a blanket use according to CC3-BY-NC-ND. The CC license does not in any way affect the normal rules of copyright. The devs, being the copyright owners, have the discretion to grant licenses to any particular use of their copyright as they desire.

If you see KS stuff for sale, it is more likely than not that the stuff was created and sold without 4LS permission, which, as a general rule, isn't cool. The devs have allowed KS to participate in the collective culture, but they have no obligation to release it free for any and all uses. Insofar as it derives from RAITA's work, they have no copyright claim, but that accounts for a diminishingly small portion of the final work.

The Official FAQ covers most of the rules, and they're generally good bits of advice - be polite, speak intelligently, look into the archives to see if something's been discussed before. If it has been discussed before, but more can be added, it seems like necroing is the preferred approach. Also, leaks and other unofficial unauthorized disclosure of KS-related material never happened, so don't discuss it.
Current Project: Misha Pseudo-Route

I'd just like to add to this that there is now a dedicated forum for Hanako's Broken Hearts Club, that also allows off-topic discussion by and for the fans of this game. So if you're interested, please come join us there too: http://hbhc.kutagh.com/. Watch out , the URL of the HBHC has changed since mid-november 2012 due to outage of the .co.cc domain.
Last edited by Beoran on Sat Nov 17, 2012 2:20 pm, edited 1 time in total.
Kind Regards, B.
Feeling like your heart is broken? Need to get it off your chest? Tell your story here.
Take a look at Eruta my jRPG under development. New web site since december 2012.
Play Ature, my free and open source indie Atari 2600 action adventure game.
All great love is above pity: for it wants - to create what is loved! -- F. Nietzsche - Thus Spoke Zarathustra.
Top

Did 4ls break up? I heard you guys broke up and hate each other and will never make anything again.

We're still making stuff. The whole group probably won't ever work on one huge game again, because it's a terrible idea and you shouldn't ever do it!

But we'll be releasing stuff under the 4ls name. Some stuff you might even hear about soon!

So please, do us all a favor and stop this fucking ridiculous '4ls broke up' shit. It's driving us up a goddamn wall.

PS. Yes this is already in the FAQ but I get the feeling nobody fucking reads the FAQ so now it is in TWO places. NO MORE EXCUSES YOU BASTARDS.
Top

No, you're not. Browse around the forums a bit - be sure to venture beyond the front page. I'm practically sure you'll find someone else who did.
Shattering your dreams since '94. I also fought COVID in '20 and all I got was this lousy forum sig. 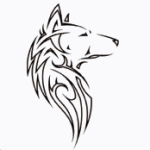 Beoran wrote:I'd just like to add to this that there is now a dedicated forum for Hanako's Broken Hearts Club, that also allows off-topic discussion by and for the fans of this game. So if you're interested, please come join us there too: http://hbhc.kutagh.com/. Watch out , the URL of the HBHC has changed since mid-november 2012 due to outage of the .co.cc domain.

Just to note, the URL needs to be http://www.hbhc.kutagh.com/ now - without the www it won't resolve. It's also now 'closed' due to inactivity - still readable, but no new registrations etc.
Top
Post Reply
5 posts • Page 1 of 1